Most savers overestimate their savings interest rate: Do you?

Britons are overestimating the interest they are earning from their savings, a survey has found.

Most big banks continue to pay rates of 0.1 per cent or less – but some savers thought they were earning 20 or even 40 times their actual rate.

Wealth Manager Hargreaves Lansdown asked 2,000 people what bank they held their easy access savings with, and how much interest they thought they earned, before comparing their answers to the actual rates on offer.

NatWest easy access savers thought they were being paid interest of 0.8 per cent on their money, whereas in reality the bank pays just 0.1 per cent. 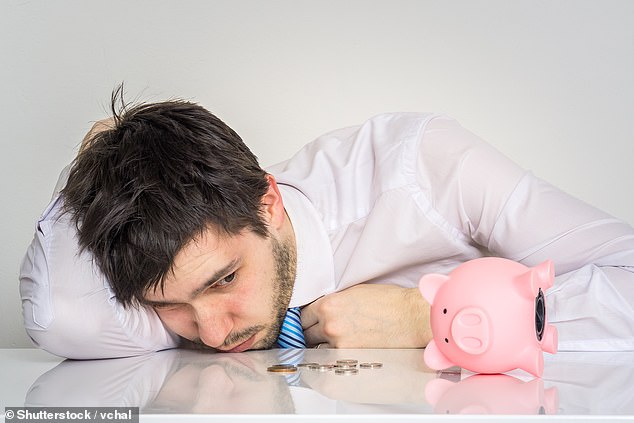 Savings shockers: It turns out that most Britons have no idea how little interest they’re making.

In fact, almost one in five people thought they were earning more than 2 per cent – 20 times their actual interest.

Savers at Barclays showed even more misguided optimism about the interest they earned.

The high street giant offers a rate of just 0.01 per cent on its standard easy access product, but the survey found savers thought they were making 40 times that, at 0.4 per cent.

Someone with £10,000 stashed away in Barclays Bank’s Everyday Saver will be earning just £1 over the course of one year.

‘If you give them your unwavering loyalty for decades, you might assume they’re giving something meaningful back in return. But in fact, when it comes to our savings, they have very little to offer.’

The study also found that men were more likely to over-estimate how much they were making than women.

Those aged over 45, meanwhile, were most likely to know their actual savings rate.

Coles added: ‘One of the reasons we’re so committed to a partner that’s bringing so little to the savings party is that we’re vastly over-estimating the interest we’re making in high street savings accounts.

‘It’s an expensive mistake to make, especially at the moment while inflation is running rampant.

‘We can’t afford for our money to be languishing in savings accounts paying a small fraction of a percent.

‘It means we all need to revisit our savings and find out just how much we’re making on our money. And if we’re with a high street bank paying a miserable rate, we need to switch.’

How savers can earn more interest

The good news is that most of the savers surveyed could actually earn the rate they thought they were getting, if they switched to a different bank.

Do you know how much interest you’re earning on easy access savings?

Easy-access savings make up nearly two-thirds of all savings balances, according to analysis by Paragon Bank. However, four in five easy-access savers still keep their cash in accounts paying less than 0.1 per cent interest.

Most of the big banks are guilty of offering accounts paying such derisory rates.

TSB and Halifax are offering savers slightly more at 0.15 per cent, whilst Barclays pays one of the poorest rates at 0.01 per cent.

With inflation currently at 9 per cent, there is no savings deal that comes close to protecting people from seeing their cash lose value in real terms, wherever you look.

But switching bank accounts could increase your interest rate more than tenfold. While that might only mean going from 0.01 per cent to 1.5 per cent, it is extra money in savers’ pockets as our finances are squeezed tighter. 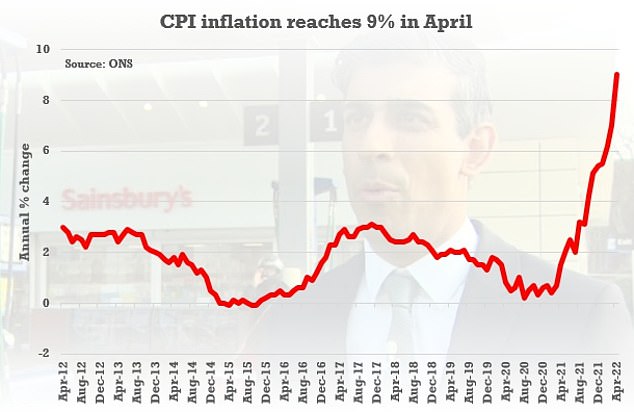 Cost of living: Inflation is rising rapidly, meaning people’s savings are worth less in real terms. Getting the best possible interest savings interest won’t totally counteract this, but it can help

People may feel more comfortable keeping their money with household names such as HSBC and Barclays than they would with a lesser-known challenger bank.

However, the challenger banks that make up the best buys on the market come with the same protections as the big names.

All the banks and building societies that make up our independent best buy tables are registered with the Financial Conduct Authority and signed up to the Financial Services Compensation Scheme, either directly (protecting up to £85,000 per person) or via its passport scheme (where the compensation limit depends on the bank’s home country – in Europe it is €100,000).

Head to these banks for the top interest rates

For easy-access savers there are now 10 providers paying 1.25 per cent interest or more.

Cynergy Bank pays the most at 1.32 per cent, whilst Zopa Bank, Gatehouse Bank and Al Rayan Bank all pay 1.3 per cent.

However it’s possible to do even better than this.

For those who are prepared to set up a second current account, rather than a savings account, Chase Bank and Virgin Money are offering their personal current account customers access to linked saving deals paying 1.5 and 1.56 per cent respectively.

Anyone prepared to lock their money away for a year or more can do much better using a fixed rate savings deal.

The best one-year deal, offered by either Al Rayan Bank or Investec, currently both pay 2.4 per cent.

THIS IS MONEY’S FIVE OF THE BEST CURRENT ACCOUNTS

Lloyds Bank’s Club Lloyds account will pay £125 when you switch. There is a £3 monthly fee but this is waived if you pay in at least £1,500 each month. You also earn monthly credit interest on balances up to £5,000 and can choose a reward each year, including 6 cinema tickets.

Virgin Money’s M Plus Account offers £20,000 Virgin Points to spend via Virgin Red when you switch and pays 2.02 per cent monthly interest on up to £1,000. To get the bonus, £1,000 must be paid into a linked easy-access account paying 1% interest and 2 direct debits transferred over.

HSBC’s Advance Account pays £170 when you switch to the account. You need to set up two direct debits or standing orders and pay in at least £1,500 into the account within the first 60 days.

First Direct will give newcomers £150 when they switch their account. It also offers a £250 interest-free overdraft. Customers must pay in at least £1,000 within three months of opening the account.

Nationwide’s FlexDirect account comes with up to £125 cash incentive for new and existing customers. Plus 2% interest on up to £1,500 – the highest interest rate on any current account – if you pay in at least £1,000 each month, plus a fee-free overdraft. Both the latter perks last for a year.