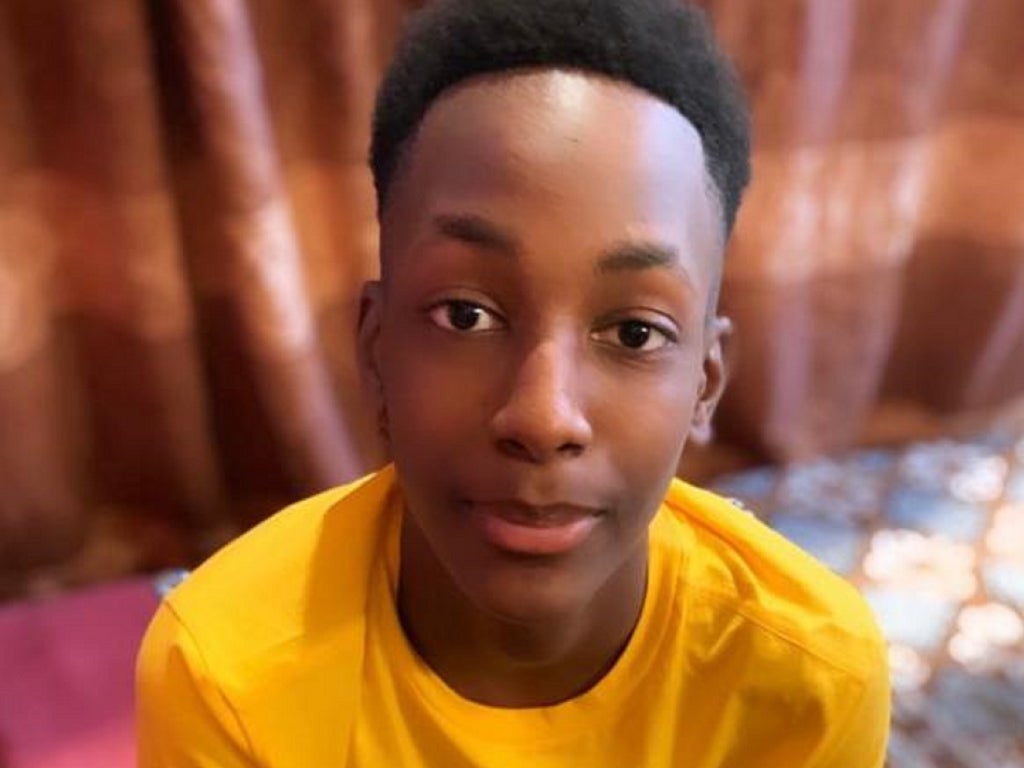 A mother has spoken of the grief she felt after her teenage son was stabbed to death after school in southeast London.

Tamim Ian Habimana, 15, was found with a single stab wound when officers were called to reports of an attack in Woolwich shortly after 5.20pm on 5 July this year.

His mother Hawa Haragakiza said he was usually picked up from school but had to walk home that day because she had an appointment.

She was later told at her house that Tamim had been stabbed before being shown a video of him lying on the floor.

The 33-year-old, who described her son as a “mother’s boy”, said she hoped to raise awareness of knife crime after the incident provoked a strong response from the local community.

“I’m really broken,” she said on Thursday. “It’s been so difficult to get through this.

“The family has suffered, he had two younger brothers, cousins and loving parents, no-one will ever understand the feeling of losing a child.

“He was a really good boy, so calm, witty and obsessed with showing love to me, everything he did was to make me proud.

“Tamim loved football and reading, he was a mother’s boy and a family boy, he really loved me and his brothers.

“Other kids from his school have told me wonderful memories about him, he helped and pushed them to study and do better, I’m sure he would have gone to university and done well for himself.”

Ms Haragakiza has organised a vigil for September 25 and is trying to raise awareness of knife crime in the area.

She added: “My son’s death has brought a huge response from the community, so many people have been affected by this issue.

“I hope loads of people will be at the vigil to stand in solidarity, everyone in the community has the same fears, their race or religion doesn’t matter.

“I’m worried for my other children and for young people in this area, they’re in danger if this problem isn’t solved, I never thought this would happen to me but it has.

“This issue should be the priority for everyone at the moment, we need to help the youth in this environment.”