Electric car drivers can look forward to more reliable network of charging points during longer journeys after the replacement of 300 ageing and unreliable devices at motorway services up and down the country.

Gridserve, which took over ownership of the ‘Electric Highway’ network of devices ten month ago, confirms it has upgraded every older medium-power chargepoint at service stations.

These devices had been installed by previous operator, Ecotricity, and had become a scourge on early adopters who have for years struggled with a motorway infrastructure that was often out-of-service and out of date. 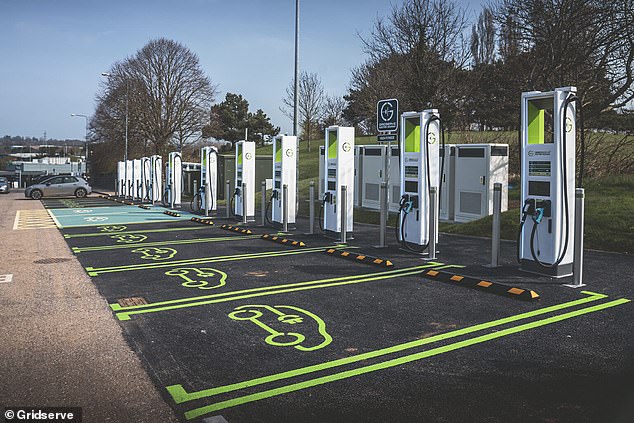 The nationwide upgrade means that every charging point on the motorway network now has the latest technology, which not only means faster charging and more dependable devices but also contactless payments, 24-hour support and real-time charging status updates.

The significant upgrade – which started back in June 2021 – has seen the replacement of electric vehicle charging devices at over 130 motorway services.

The replacement has taken longer than originally forecast due to a combination of global supply chain issues, manufacturing and transportation delays, contractual issues and an investigation by the Competition and Markets Authority to put in place new rules to open up the network of motorway chargers to other operators.

The replacement drive also sees every new device now offer dual charging, enabling multiple connectors to be used at the same time, on a single charger.

This, in theory, will double the number of cars that can charge at once at those locations and open up availability so motorists aren’t waiting for charging points to be vacated by other drivers. 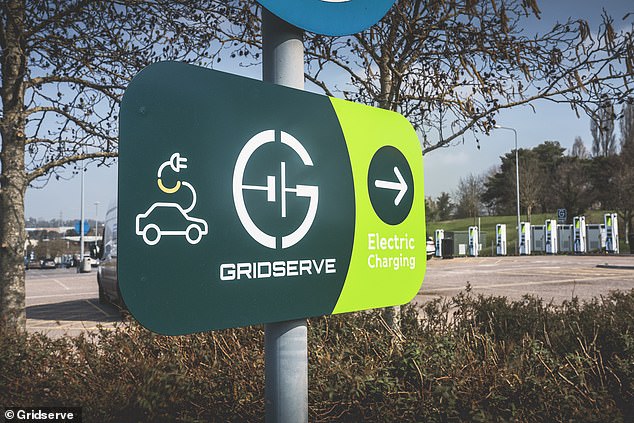 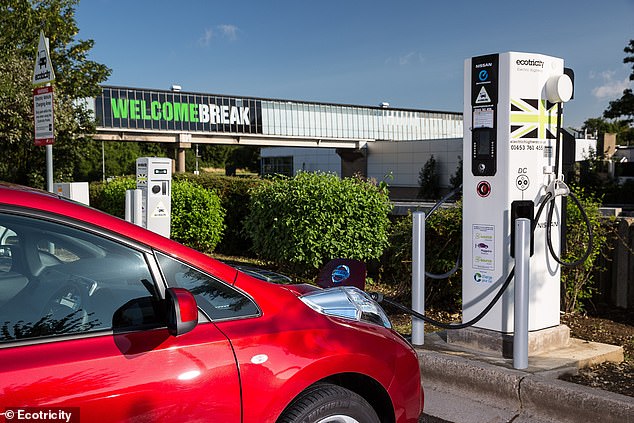 This is one of the old Ecotricity chargers that Gridserve has replaced in the last 10 months. The old devices were heavily criticised by EV owners who said they were too slow and riddled with reliability issues

Toddington Harper, chief executive of Gridserve, said: ‘As an early adopter of electric vehicles myself, the Electric Highway network played an essential role in enabling me to make the switch.

‘However those days are long gone and Gridserve’s focus is delivering an EV charging network fit for purpose to support the mass-market transition to electric vehicles.’

Commenting on the updates, minister for Transport Decarbonisation, Trudy Harrison MP, said: ‘I welcome the leadership Gridserve has shown.’

The upgrade will be music to the ears of EV owners who have previously endured poor experience of using the former Ecotricity charging points, which were often criticised and continuously received the lowest satisfaction scores in driver polls.

Within a matter of months of Gridserve starting its round of upgrades, the Electric Highway has been receiving its highest customer satisfaction rating in its 10-year history in the Zap-Map consumer survey.

Gridserve has also committed to adding a host of rapid-charging devices across the network.

There are currently three ‘High Power Electric Hub’ sites operational today, which are locations that have six or more high power chargers with speeds up to 350kW, and a further nine currently under construction.

Gridserve is also set to open its second Electric Forecourt in Norwich this month, following the success of its first site in Braintree, Essex, and recent confirmation that it will have another location at Gatwick Airport before the end of the year.