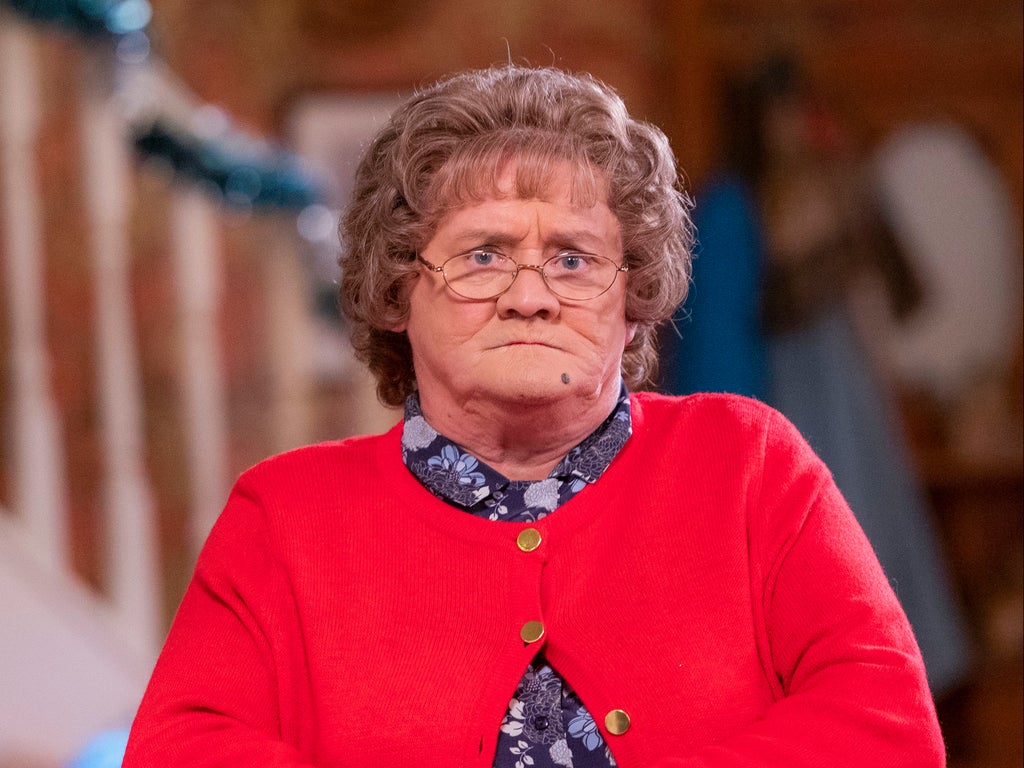 Mrs Brown’s Boys will be haunting TV screens this Halloween for a one-off live special, it has been announced.

The show, created, written by and starring Brendan O’Carroll in the title role, celebrates its 10-year anniversary in October.

Originally a theatre production, it was first broadcast on BBC One in 2011 and has since become one of the most popular TV comedies, winning multiple awards and topping fan-voted polls.

“It’s a huge thrill to do another ‘live’ show for the BBC,” O’Carroll said in a statement.

“It’ll be so wonderful so see them nervous all over again. We will be trying our best to stick to the script, but honestly, a script is just a guideline. Ha ha ha!! Bring it on!”

Charlotte Moore, the BBC’s chief content officer, said: “I’m thrilled that we are marking the tenth anniversary of the award winning Mrs Brown’s Boys coming to BBC One with this very special live broadcast.

“A huge thank you to Brendan and the team for keeping us all so brilliantly entertained for a decade. I can’t wait to see what mischief Agnes and family have in store for us this Halloween.”

In December last year, O’Carroll said Mrs Brown’s Boys would air until at least 2026, after he signed a new contract with the BBC.

While the show remains popular with fans, it has received consistently negative reviews from critics.

The Independent has rated the annual Christmas special one star for the last three consecutive years.

Impeachment – American Crime Story: When does it air and how to watch it?