She had a very early morning wakeup call on Thursday to host her top-rated breakfast show Sunrise.

But hours later Natalie Barr was still glowing as she stepped onto the red carpet at the Australian Women’s Weekly Women of the Future Luncheon on Thursday in Sydney.

The 54-year-old looked incredibly stylish, showing off her slim figure in a pink kimono-style suit. 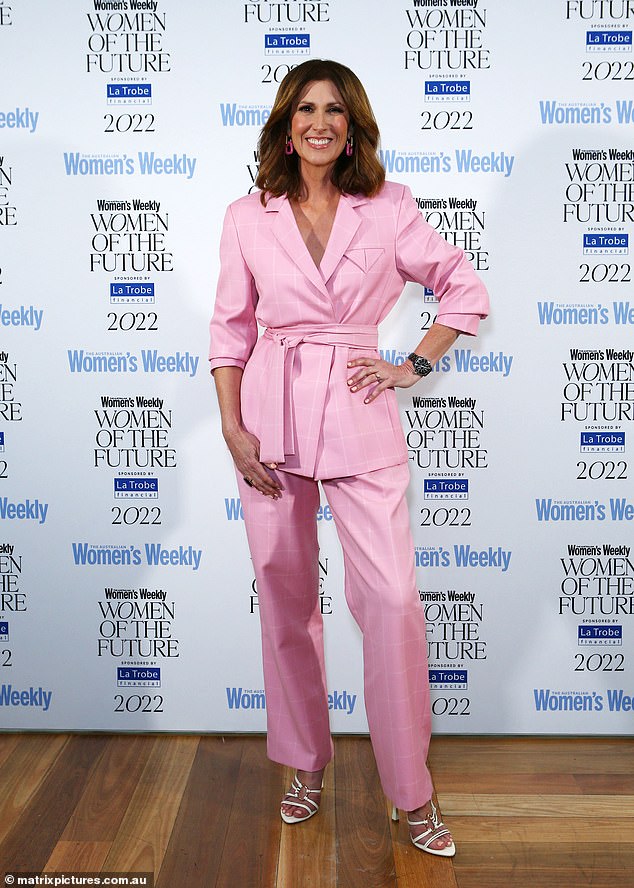 She accessorised with candy pink enamel earrings and a pair of white designer stilettos.

The pink theme continued on in Natalie’s makeup, with the breakfast show host glowing with pastel pink rouge applied to her cheeks and a pink gloss painted on her pout.

She arrived with her lookalike teenage daughter Talia Dunlop, 19, who was pretty in a pink dress and white heels.

The Sunrise host, 54, looked incredibly stylish, showing off her slim figure in a pink kimono-style suit

Natalie’s appearance at the event comes as her co-host David Koch has sparked rumours he may soon retire after he celebrated 20 years at the helm of Channel Seven’s breakfast show.

The 66-year-old became visibly emotional on Tuesday as he watched a montage of highlights from his tenure on the program, as well as several video messages from celebrity guests like Delta Goodrem and Human Nature.

He later spoke of his ‘incredible’ time on Sunrise while his co-hosts Natalie Barr, Mark Beretta and Edwina Bartholomew offered their congratulations. 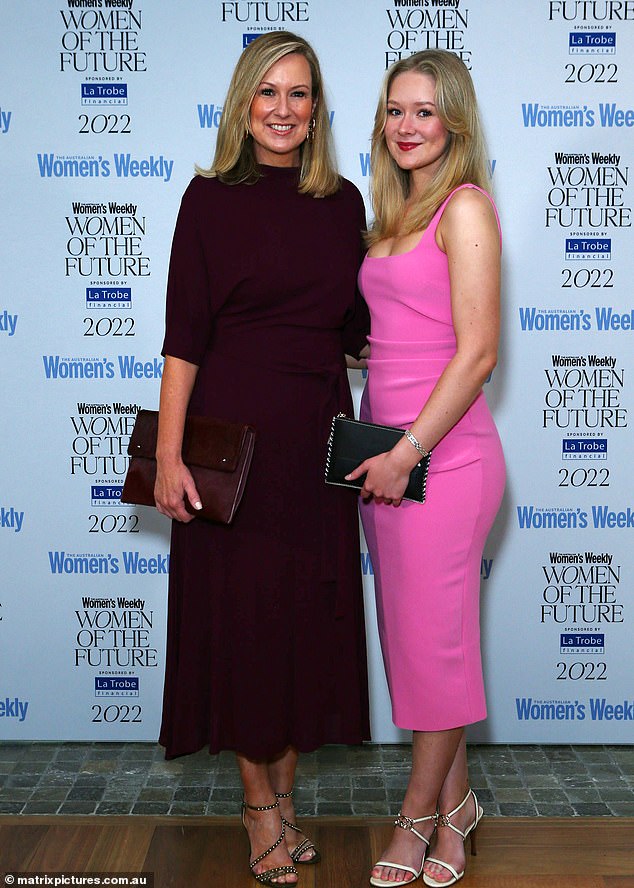 ‘It has been one of the great joys of my life. It has been incredible,’ he began, fighting back tears.

‘You can’t get up winter, summer, the whole lot without doing it with people that you love dearly.

‘Beretts, Nat, Eddy and [producer] Dave Walters, who has been in our ear for 20 years as part of the team, I’m so very grateful.’

‘Thank you for having me for 20 years,’ Kochie concluded.

‘Thanks for having me @sunriseon7 for the last 20 years,’ he wrote, before listing his ’20 most memorable moments (in no particular order)’.

‘Anzac Day service on the Kokoda Track, climbing Kilimanjaro (twice) and getting lost on the ascent,’ he gave as a few examples.

Other highlights included when he co-hosted Sunrise with pop star Katy Perry and performed with rock band INXS.

While he did not indicate plans to retire, some viewers thought it was a farewell post.

‘Is he leaving?’ one concerned follower commented.

‘Good luck, Kochie… enjoy your next adventures,’ added another, while a third wrote: ‘Time for a sea change.’