National Bank of Egypt launches new best buy one-year fixed savings deal at 2.7%: Is it a safe bank to put your cash into?

By Lee Boyce for Thisismoney.co.uk

Products featured in this article are independently selected by This is Money’s specialist journalists. If you open an account using links which have an asterisk, This is Money will earn an affiliate commission. We do not allow this to affect our editorial independence.

Fixed-rate savings deals continue to rise, with new top accounts over one, three and five years all firing to the top of the independent This is Money best buy tables.

However, many may be worried about putting their cash into a foreign-owned bank they are unlikely to have heard of.

The bank, headquartered in Cairo, was established in the late 19th century and has had a UK-incorporated presence since 1982. It is Egypt’s oldest and largest bank. 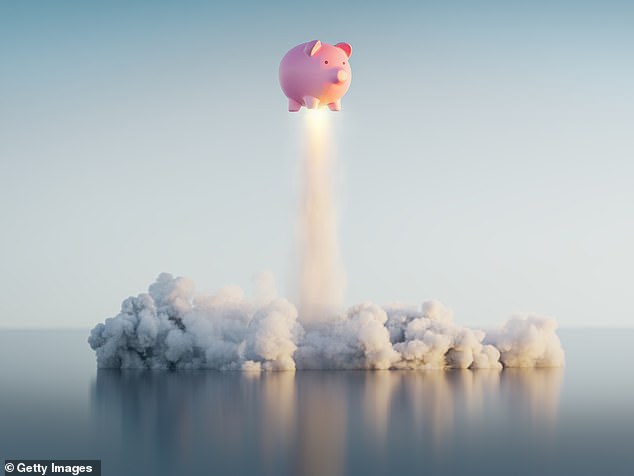 Boost: Savings rates continue to rise and especially so in the fixed-rate arena

It offers buy-to-let mortgages, corporate and retail banking, along with trade finance. Crucially, it has Financial Services Compensation Scheme protection, which protects money up to £85,000 per individual and £170,000 per couple.

All deposits made into savings accounts via Raisin are protected by FSCS. To open the account, savers need £10,000.

Savings platforms can help savers keep track of their money and are an easy way to manage multiple accounts in once place. They also often offer sign-up offers.

For example, rival platform Hargreaves Lansdown Active Savings is currently offering up to £100 cashback for savers who open an account.

To maximise this in terms of rate, it currently has a 2.6 per cent deal from Allica Bank*.

Outside of platforms, savers can get a 2.61 per cent rate from Kent Reliance with a £1,000 starting point, with two providers offering 2.6 per cent over 12 months; Atom, and Tandem Bank.

Longer-term fixes have also seen boosts this week – although anything over a two-year term is fairly niche, especially as savers are finally seeing rates rise.

Zopa Bank has boosted its three-year fix to 3.01 per cent from 2.8 per cent now making it a best buy, while Paragon Bank is now paying 3 per cent.

This compares to a best buy two-year fix of 2.97 per cent from Smartsave Bank.

Both Zopa and Paragon have also boosted their five-year fixes. Zopa is now paying a best buy 3.11 per cent and Paragon 3.1 per cent.

Paragon Bank has also catapulted to the top of the best buy fixed-rate cash Isa stakes for all categories.

Unfortunately, with inflation currently measured as 9.1 per cent, there are no accounts that come close to beating that.