NBA: Shaquille O'Neal reveals why he thinks the earth is flat

Shaquille O’Neal has revealed his is curious about the Flat Earth conspiracy theory.

The NBA legend said on Wednesday he ‘likes listening’ to pseudoscientific theories that the Earth is flat, and admitted he still ‘isn’t sure’ if the planet is really spinning.

The 50-year-old was asked about previous claims he’d made about about the subject during an interview on Australian radio show Kyle and Jackie O.

He avoided calling himself a Flat Earther and insisted the debunked concept was ‘just a theory’, before saying he likes to study conspiracies purely out of curiosity.

‘I flew 20 hours today, not once did I go straight. I didn’t tip over, I didn’t go upside down. it’s just a conspiracy theory,’ he added, referencing the fact he’d just flown from the U.S. to Australia for a speaking tour.

Radio host Kyle Sandilands questioned the theory, noting how it’s possible to travel from America to Australia from two directions, either from the east or west coast.

‘You know they say the world is spinning? I’ve lived on a lake for 30 years and I’ve never seen the lake move to the left or right,’ he added. 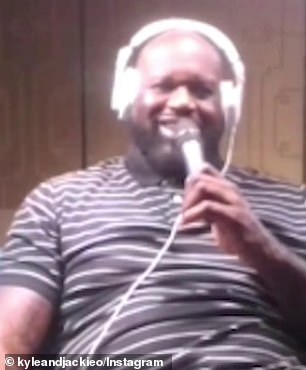 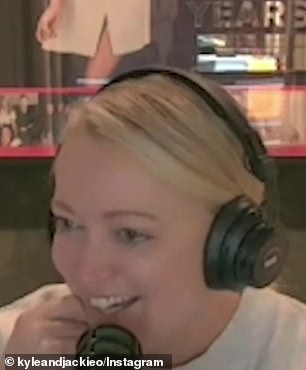 Shaquille O’Neal has said he ‘likes listening’ to theories the earth is flat and that he ‘isn’t sure’ if the earth is really spinning. The US basketball legend, 50, appeared on the Kyle and Jackie’O show on Wednesday via videolink after arriving in Melbourne ahead of a speaking tour.

It’s not the first time the globetrotting athlete made wild claims about the Earth being flat.

He first raised the theory on an episode of The Big Podcast with Shaq in 2017. 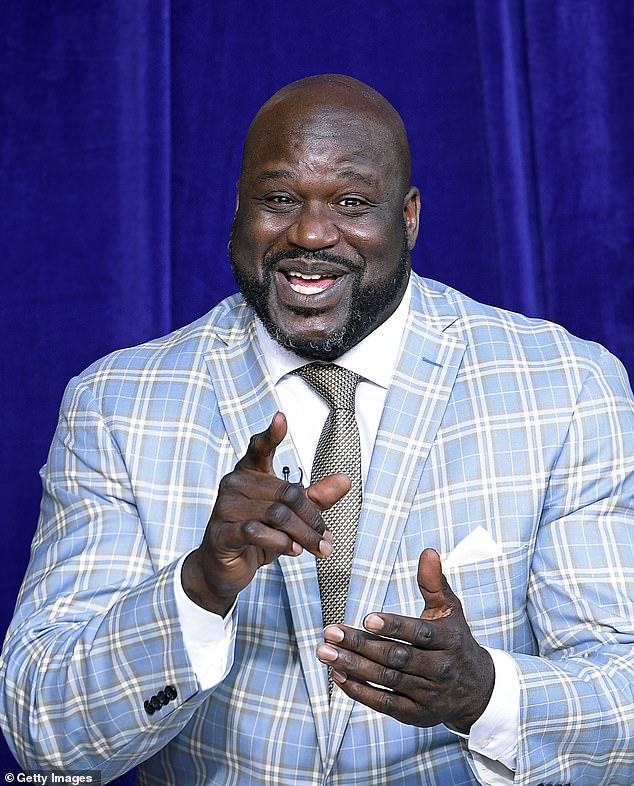 Questioning the theory, Kyle said you can travel from the US by travelling west from LA or east from New York, but Shaq (pictured) argued: ‘It’s still a straight line’.

The Hall of Famer was discussing the idea after then Cleveland Cavaliers guard Kyrie Irving made a similar claim during an interview prior to the NBA’s All-Star Weekend.

He then referenced inaccuracies taught about Christopher Columbus in schools in an attempt to strengthen his Flat Earth theory. 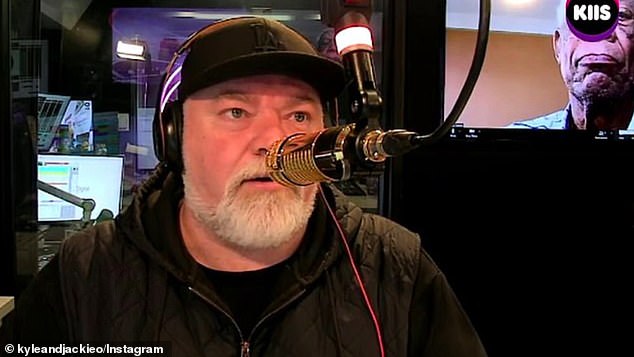 When asked by Kyle Sandilands (pictured) about previous claims he’s made about the earth being flat, Shaq said it was ‘just a theory’ and that he ‘likes’ hearing about conspiracies.

‘Listen, there are three ways to manipulate the mind: what you read, what you see and what you hear,’ Shaq said.

‘So, listen, I drive from coast to coast, and this s**t is flat to me. Satellite imagery could be drawn and made up.

‘I’m just saying, when I drive from Florida to New York: flat. New York to Seattle: flat. Seattle down to LA: flat. LA back to Florida: flat.

‘Matter of fact, it’s a square. That’s what it is.

It is unclear whether or not Shaq was serious in his scientifically incorrect statement, or if he was trolling his listeners, as he later claimed to be joking. 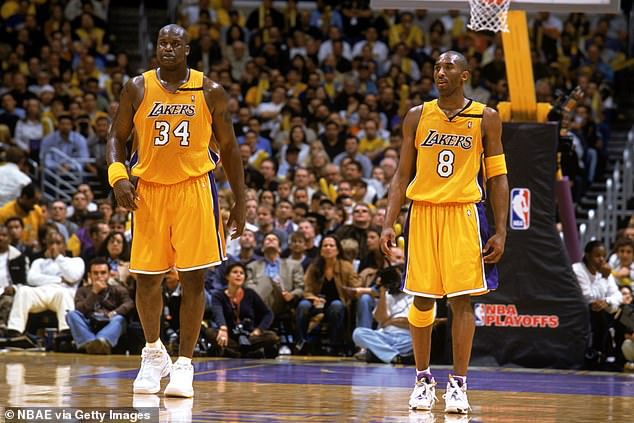 Shaq has previous referenced inaccuracies taught about Christopher Columbus in schools in an attempt to strengthen his flat-Earth theory. He is pictured in 2003 with Kobe Bryant during a LA Lakers game

O’Neal attended LSU for three years before joining the NBA. In 2000, he went back to school to complete his Bachelor’s degree.

He also completed an online MBA in 2005 through the University of Phoenix.

In 2012, he graduated from Florida’s Barry University with a doctorate degree in education focusing on organizational learning and leadership. 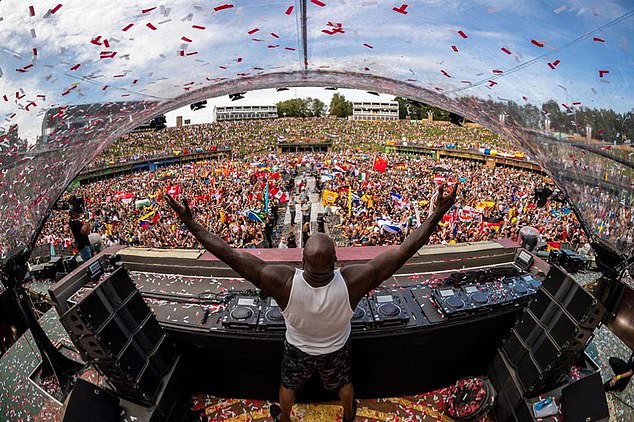 DJing has long been a hobby for the basketball great and he has played world-famous music festivals including Lollapalooza, Imagine and Tomorrowland

Elsewhere during the interview, Aussie radio host Jackie ‘O’ Henderson enjoyed a flirty encounter with the 7’1″ in superstar.

He went out of his way to shower the mother of one with compliments, while also taking a few sly digs at her co-host Kyle.

‘Is that the lovely Jackie O?’ he said at the start of the Zoom interview, peering through the camera at a blushing Jackie.

‘It is!’ she giggled, before Shaq replied: ‘Jackie O is worldwide.’

‘I love you! My favourite guest ever,’ Jackie gushed.

Kyle then attempted to steer the conversation towards the topic of Shaq’s speaking tour, but the NBA star quickly shut him down.

While in town, Shaq is set for an exclusive DJ set at The Star’s Marquee nightclub. He is also rumoured to be shooting hoops in the sports bar.

Shaq will visit Sydney and Melbourne for a number of speaking engagements. 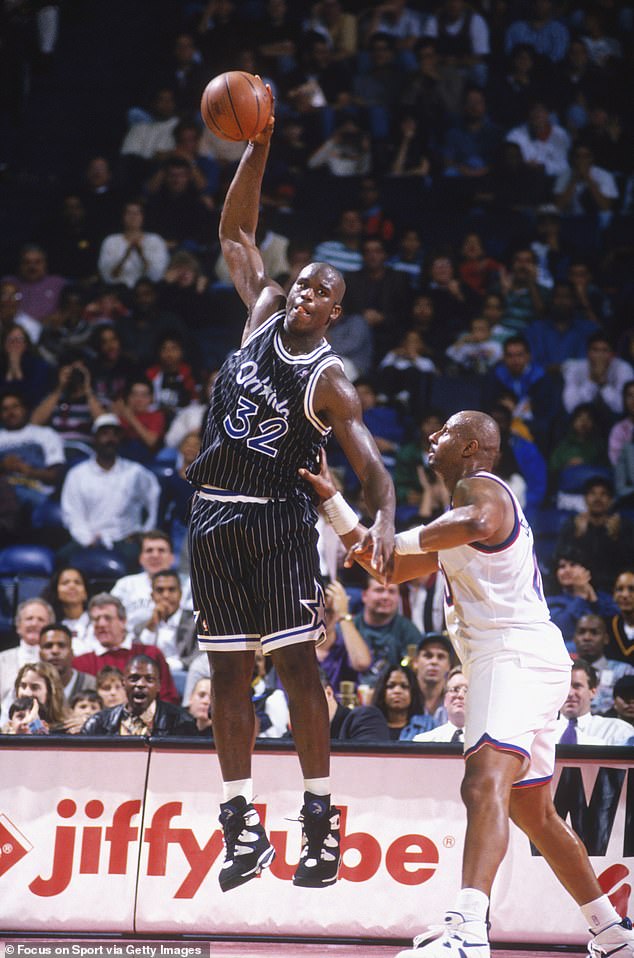 Shaq first shot to fame as a rookie ball player in 1992 with NBA team Orlando Magic. He famously wore the ’32’ number jersey