He played the role of motorbike enthusiast Mike Young on Neighbours for three years back in the eighties.

And Hollywood star Guy Pearce says returning to Ramsay Street for the finale has been ‘weird’.

The actor, 54, has joined a long list of former Neighbours stars lured back for the final episode, including Kylie Minogue and Jason Donovan. 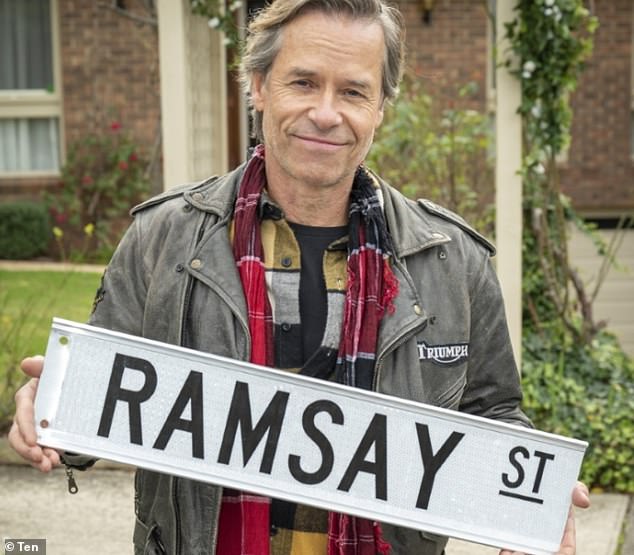 He said he understood the anguish the cast must be feeling as they faced the end of their time on the long-running show.

‘I haven’t been here for these past years like other cast members so I’m really aware how it is for them, suddenly finishing up,’ he said in an interview with The Herald-Sun on Wednesday.

‘I understand how that must feel. It is weird, but even coming back is kind of weird.’

Guy admitted slipping into his role as Mike Young after first appearing as the character in 1986 was not easy.

‘Who is Mike now, how do I play this guy? I had to trawl through my memory bank to understand how I might actually play him,’ said the handsome fan favourite. 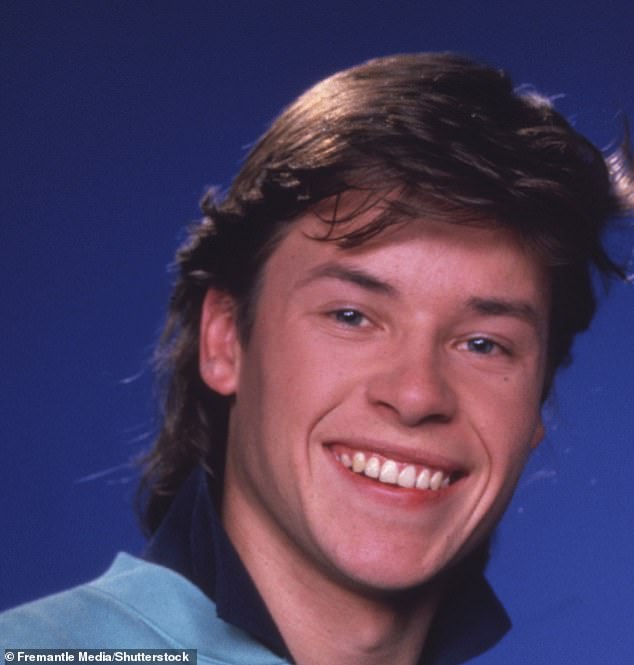 The Mare of Easttown actor said the fact the producers had kept his character’s old motorbike gloves was a big help getting back into character.

Elsewhere, Guy said he was able to convince the show’s producers to give him some scenes with family friend, Henrietta Graham.

Joining the cast in May in the guest role of Sam, Henrietta, 18, plays assistant to Chloe (April Rose Pengilly), manager of the Erinborough’s Lassiter Hotel. 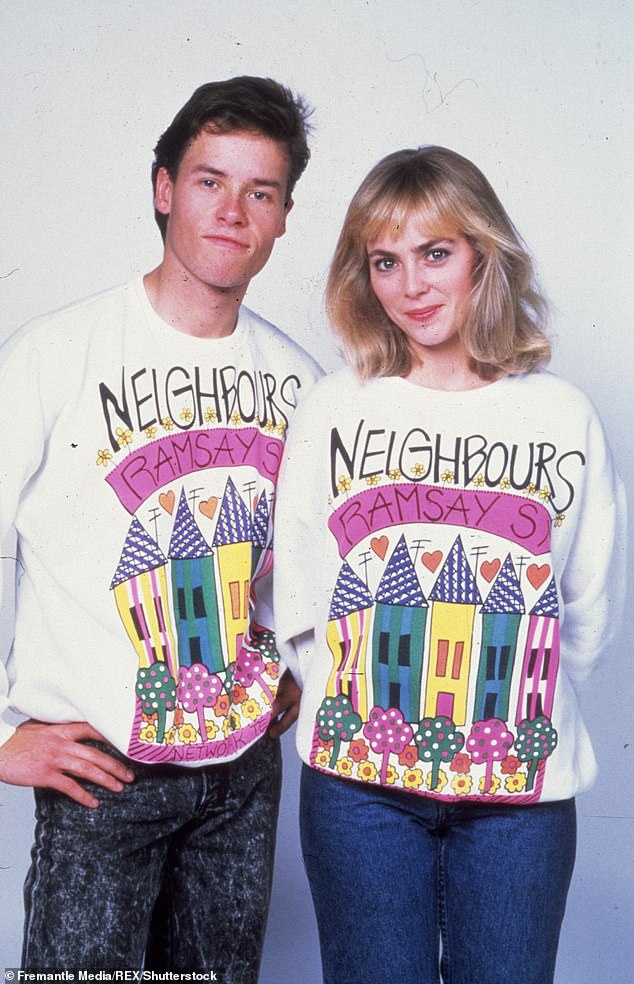 Their characters, Mike Young and Jane Harris, are former lovebirds. Pictured during their time on Neighbours

Meanwhile, the plot for the 90-minute finale episode of the beloved soap was this week.

According to The Daily Telegraph, a major storyline will revolve around Guy’s Mike and old flame, Jane Harris, played by Annie Jones.

Old feelings are stirred up as they return to Ramsey Street for the wedding of Toadie Rebecchi, played by Ryan Moloney, and Melanie Pearson, played by Lucinda Cowden. 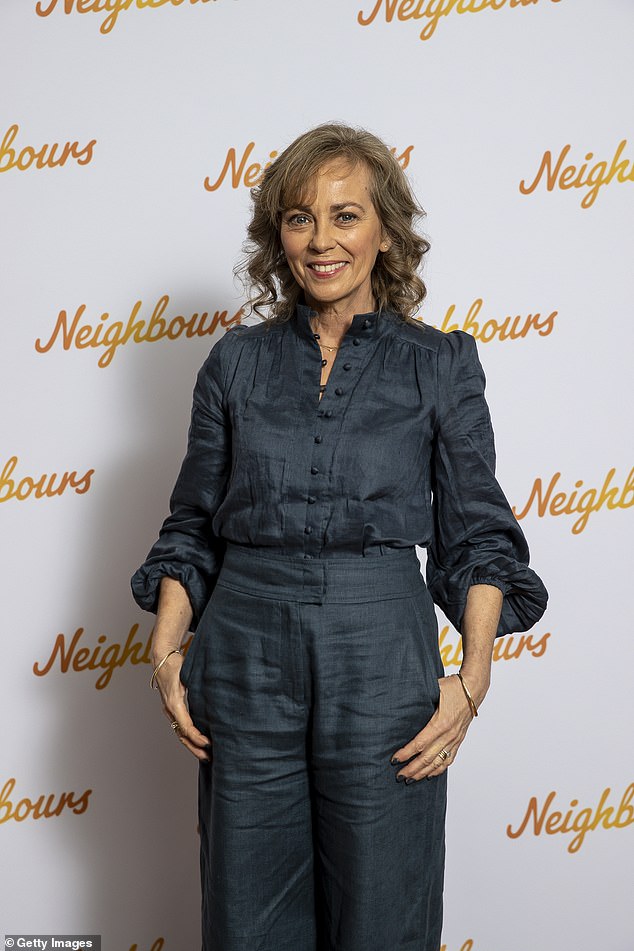 Annie Jones returns to Neighbours for the finale as Jane

Neighbours was axed after the UK’s Channel 5 decided in March not to renew its contract with production company Fremantle to finance and broadcast the series.

Guy enjoyed a cast reunion as he filmed the emotional final scenes with former co-stars Ian Smith, who played the legendary Harold Bishop, and Peter O’Brien.