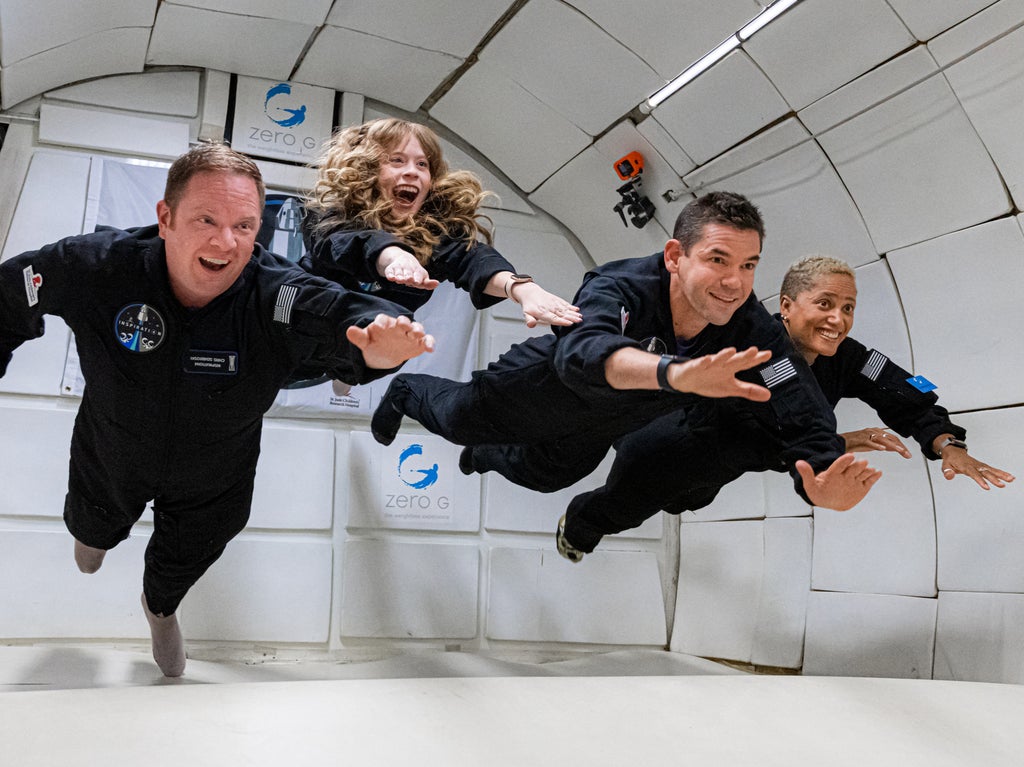 A new Netflix documentary series will follow an all-civilian mission to space “in near real-time”.

SpaceX, the aerospace company founded by Elon Musk, revealed the names of all four passengers who will take part in the journey in April this year. Dr Sian Proctor, Chris Sembroski, Jared Isaacman, and Hayley Arceneaux are all featured in promotional pictures newly unveiled by Netflix.

The documentary is expected to air in September and will consist of five episodes. It will “take viewers behind the scenes with the four crew members – from their unconventional selection and intensive months-long commercial astronaut training, through the intimate and emotional moments leading up to lift-off”, Netflix has announced.

“The final episode, which premieres just days after the mission is completed, will feature unprecedented access inside the spacecraft capturing the launch and the crew’s journey to space, as well as their return home to Earth,” the statement added.

Netflix have billed the mission as “the most ambitious step to date in the rapidly-developing age of civilian space exploration, making history as the first all-civilian mission to orbit”.

The news comes less than a month after billionaires Richard Branson and Jeff Bezos completed their respective trips to space.