Next boss Lord Wolfson: My hopes next Prime Minister will help on housing 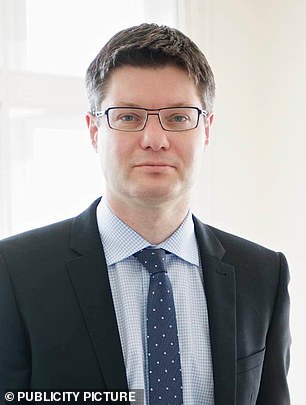 Concern: Next boss Lord Wolfson has long criticised the poor state of the nation’s housing supply

The boss of Next, Lord Wolfson, said he is ‘encouraged’ by promises to fix the housing crisis after Tory leadership hopeful Liz Truss said she would boost supply.

The chief executive of the retail chain and Tory peer has long criticised the poor state of the nation’s housing supply, which he described as far back as 2013 as ‘now so severe it will take innovation and creative thinking to tackle’.

Wolfson told the MoS the economy faced many constraints with ‘planning by far the biggest’.

He said: ‘If you look at 20-year inflation, the price that really sticks out above all others is housing. That is all down to the planning regime. But messing with that is politically very difficult.

‘Economically it would definitely increase the supply of housing that people want in the place they want to live. But politically it’s very difficult.’

He said other issues also needed tackling, from labour regulation to productivity, adding: ‘It is encouraging to see those things beginning to be talked about in political debate, which they have not really been for five years.’