Cannon, 41, proudly posted photos and videos of the festivities, thrown by his baby mama Brittany Bell, to his Instagram account on Monday.

From the Black panther costumes to the foam dance party, there’s no chance Nick’s son will soon forget the incredible celebration. 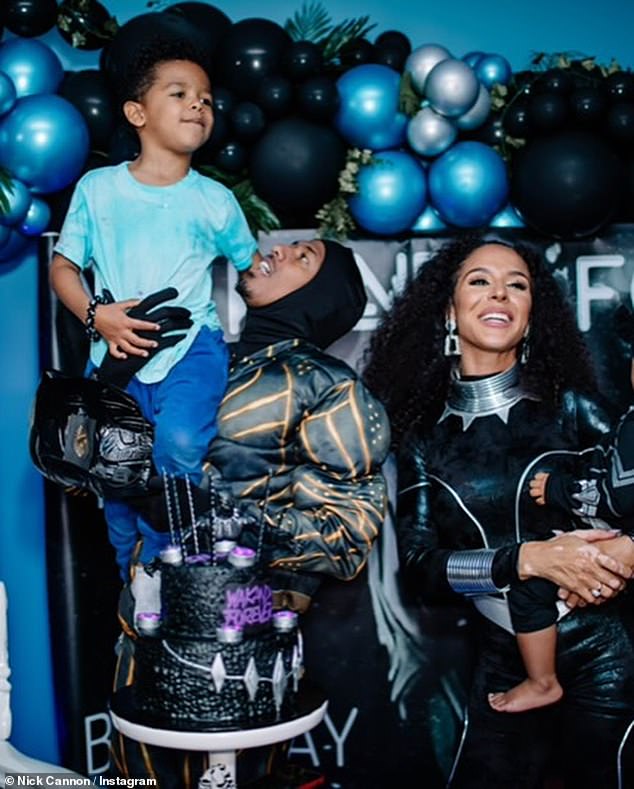 Nick posted a video capturing all the magic, which showed guests playing in a ball pit, eating an assortment of sweets, and dancing their cares away on an illuminated dance floor.

They also had a foam party, where the children played around in bubbles wearing goggles over their eyes.

There was even a piñata which Golden enthusiastically swung his bat at.

Nick acknowledged all the work Brittany put into organizing the party as he gushed about her in the caption of the video. 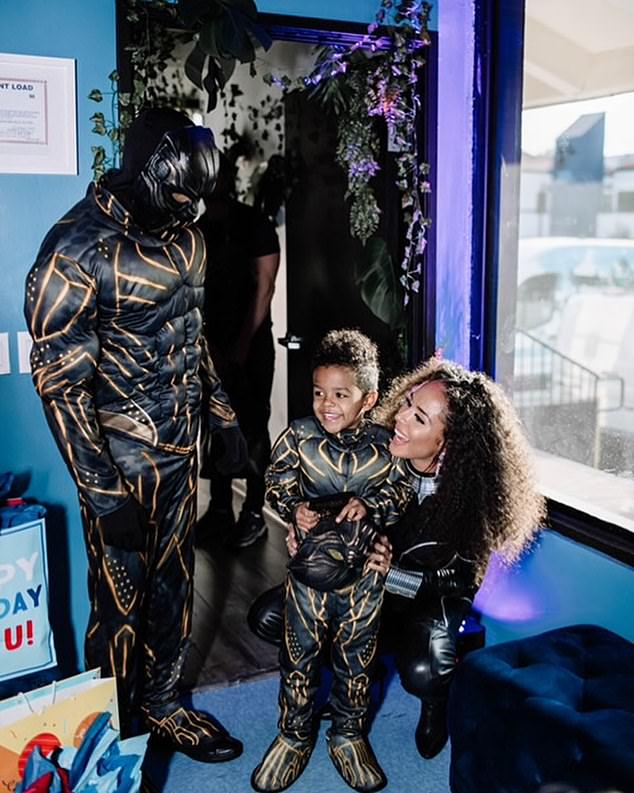 Birthday boy! Golden couldn’t have looked any happier in his Black Panther costume 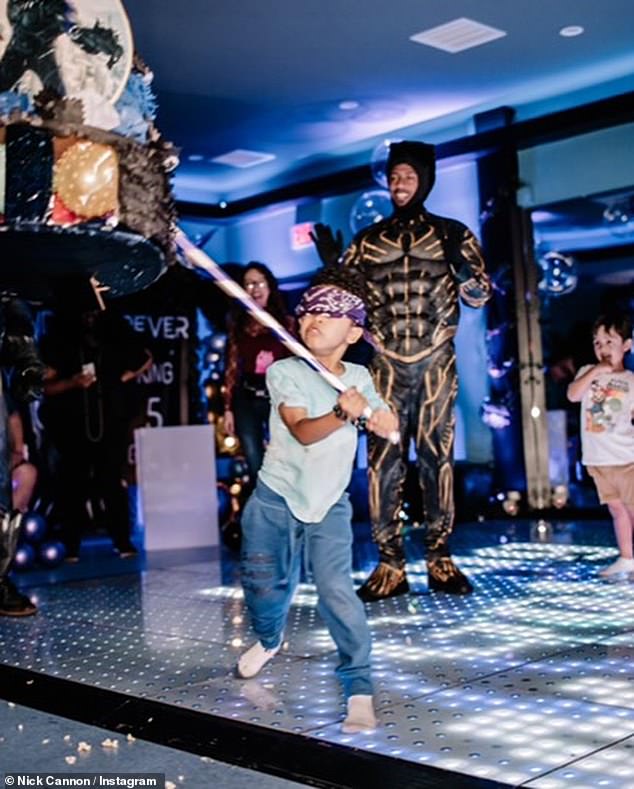 Swing it! A blindfolded Golden struck the pinata with a colorful bat 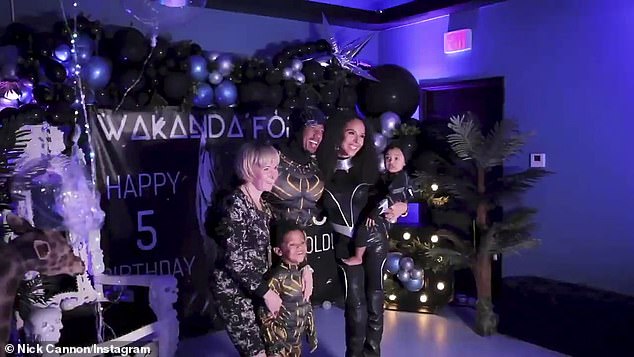 Strike a pose! Video Nick posted of the party showcased all the magic

‘Mommy @missbbell threw the most amazing celebration for our young King! Thank you for your tireless effort, compassion, care, strength, intuitiveness and most importantly LOVE for our family,’ he captioned the photos.

‘Every meticulous detail doesn’t go unnoticed, you are amazing @missbbell and our 5 year old son feels it all and he is only going to continue to strive because Mommy loves so deeply and only wants him to be the best Super Hero we know he can be!! We love you King Golden!!!’

In a separate post containing images of the party, Nick raved in the caption, ‘Golden turned 5 in Wakanda today!!!’ 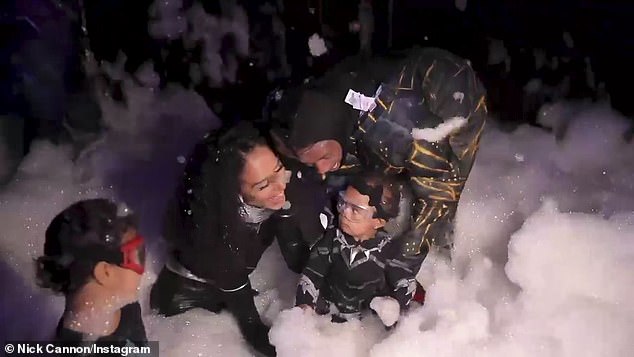 Bubbles of fun! There was even a foam party the youngsters took part in 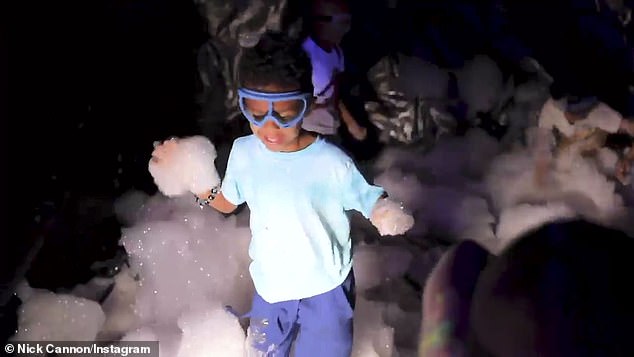 Having some fun! Golden wore a pair of goggles as he made his way through the bubbles 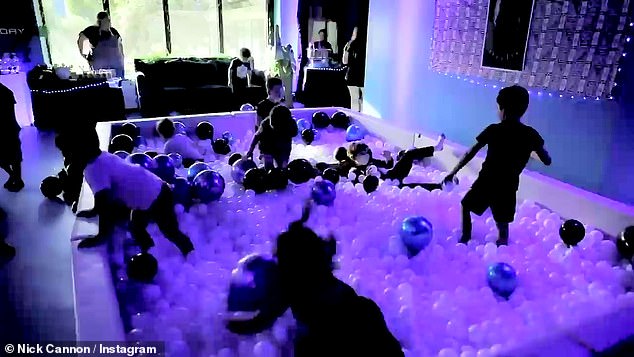 Having a ball! Guests played around in a massive ball pit 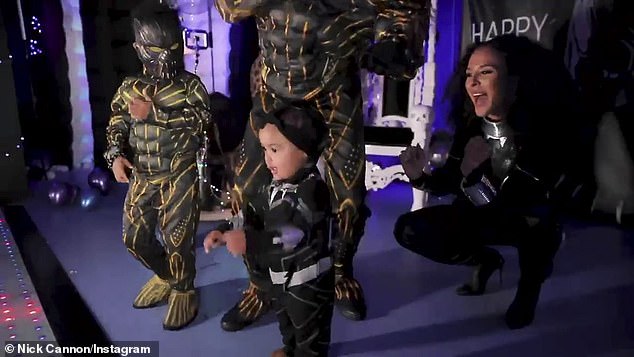 In character! Nick and his family were all decked out in Black Panther gear

Cannon is a father of seven with another on the way.

The talk show host shares son Golden and one-year-old daughter Powerful Queen with Brittany, a model who was Miss Guam 2014.

He is now expecting his eighth child with model Bre Tiesi. 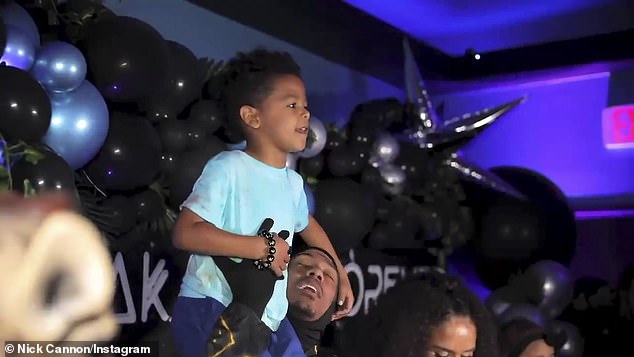 Family matters: Cannon shares son Golden and one-year-old daughter Powerful Queen with Brittany, a model who was Miss Guam in 2014 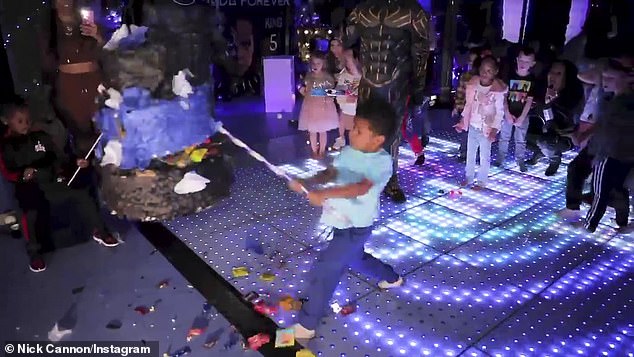 Yay! Candy fell to the floor as the birthday boy broke open the pinata 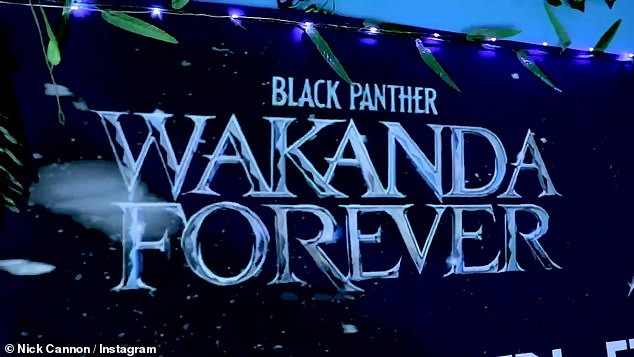