Nick Kroll had some fun with the controversies swirling around his new film Don’t Worry Darling during his appearance Monday night on The Tonight Show.

While chatting with host Jimmy Fallon, the 44-year-old comedian and actor joked that he was the ‘mastermind’ of all the behind-the-scenes drama that has dogged the Olivia Wilde–directed thriller, which stars Florence Pugh, Chris Pine and Harry Styles.

Kroll joked that he was responsible for talking Harry into spitting on his costar Chris at the movie’s Venice Film Festival premiere — though a representative for Pine vehemently denied that there was any spitting. 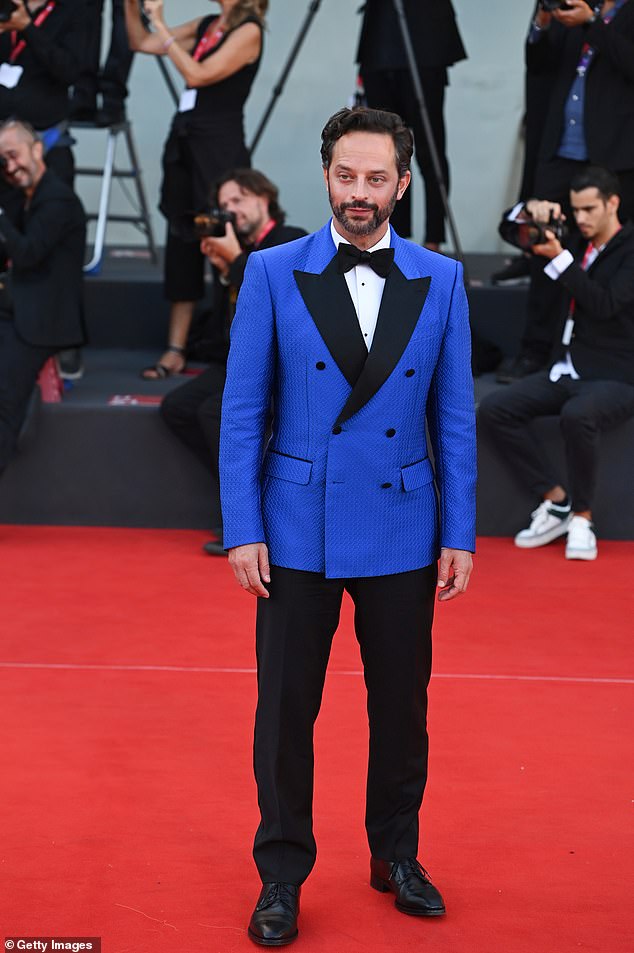 After recommending the audience know as little about Don’t Worry Darling as possible before seeing it so as to get swept up in its twists, Nick joked that he wanted to drum up interest in the film.

‘So I decided, let’s create a lot of buzz around the film — but not about the film itself,’ he deadpanned to laughter and claps from the Tonight Show audience.

‘I’m the puppeteer,’ he added. ‘And so, I’m like, “Hey, Harry, you know what would be a great idea? When you walk into the premiere at Venice, spit on Chris Pine.”‘

But then Kroll joked that he tried to go for something even more dramatic. 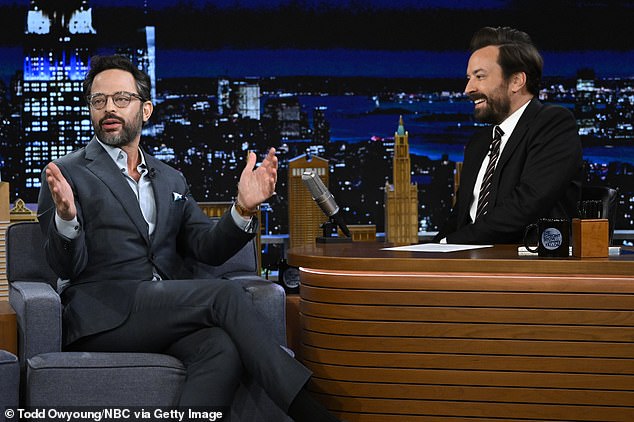 Novel idea: ‘So I decided, let’s create a lot of buzz around the film — but not about the film itself,’ he deadpanned to laughter and claps from the Tonight Show audience 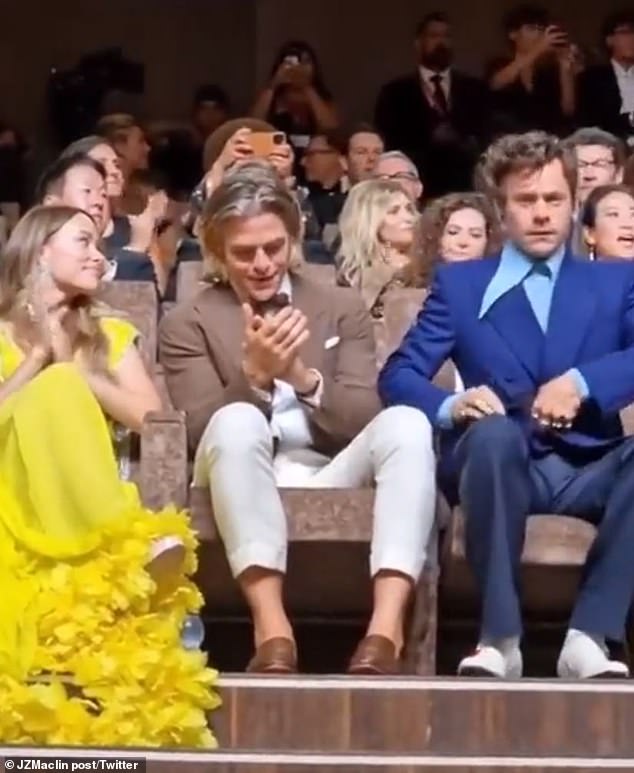 Worth a try: ‘I’m the puppeteer,’ he added. ‘And so, I’m like, “Hey, Harry, you know what would be a great idea? When you walk into the premiere at Venice, spit on Chris Pine”‘

‘”Maybe you should just, you know, give me a kiss,”‘ he joked, while one woman in the audience howled with approval as Jimmy held up a photo of the premiere kiss.

‘And then I asked him to spit in my mouth,’ Kroll added. ‘He wouldn’t do that! The guy’s got boundaries.’

‘But it ended up working!’ he said before wrapping up the segment. 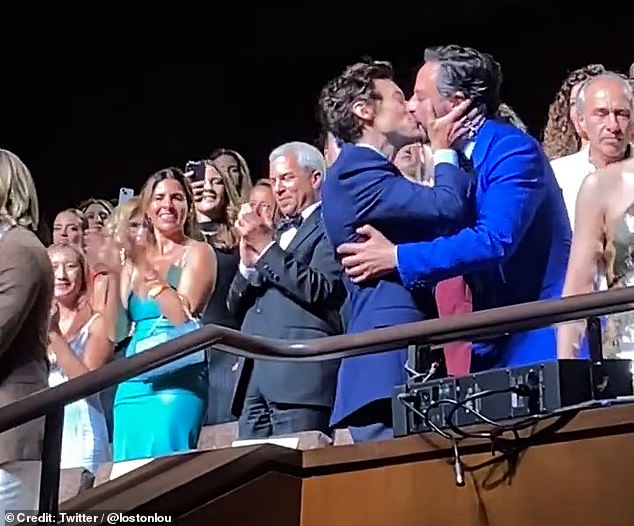 Nailed it: He also joked that he asked Harry to give him a kiss at the premiere 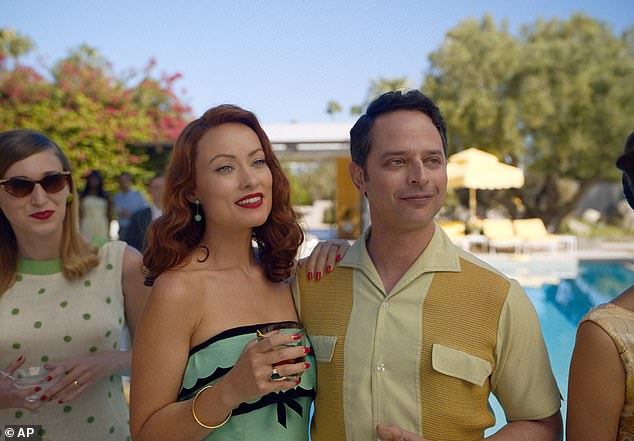 Although Nick tried to make light of it, Don’t Worry Darling hasn’t been able to shake rumors of tensions on and off set.

Its lead, Florence Pugh, has refused to do much publicity for the film, and skipped a press conference at Venice, despite photos later revealing that she was in the area when it was going on.

In recent weeks, Shia LaBeouf has also found himself involved in the seemingly never-ending drama. He was originally cast in the film as Florence’s on-screen husband, before he was replaced by Harry.

After abuse allegations were leveled against the Honey Boy actor by his former girlfriend FKA twigs, Olivia later claimed that she had fired him from the production due to his conduct on set.

She doubled down on those claims in the Vanity Fair profile, explaining, ‘My responsibility was towards her. I’m like a mother wolf. Making the call was tricky, but in a way he understood. I don’t think it would’ve been a process he enjoyed. He comes at his work with an intensity that can be combative. It wasn’t the ethos that I demand in my productions.’

She added, ‘I want him to get well and to evolve because I think it’s a great loss to the film industry when someone that talented is unable to work.’

War of words: Olivia previously claimed after abuse allegations against Shia LaBeouf came to light that she fired him from her film, but he claimed to have quit, with a leaked video and emails he allegedly sent her appearing to bolster his claim

But late last month, Shia denied her claims that she had fired him, instead claiming that he quit the project.

A video that was later leaked to social media appeared to bolster his contention that he was not fired.

The clip, which was filmed in a car, appeared to show Olivia begging the actor to stay with her film, while referring to Florence as ‘Miss Flo,’ which some fans have found to be demeaning.

Shia further explained his exit from the film, alleging that he left due to what he thought was inadequate rehearsal time, while sharing two emails to Variety that he claimed to have written to Olivia recently.