Chiara Passari, the ex-girlfriend of tennis star Nick Kyrgios, has been spotted for the first time since it was revealed assault charges have been brought against Kyrgios for an alleged incident last year.

The 23-year-old looked low-key and casual as she took her dog for a walk in Brisbane on Thursday.

She was dressed in green shorts, a grey sweater, and black sandals with matching socks. 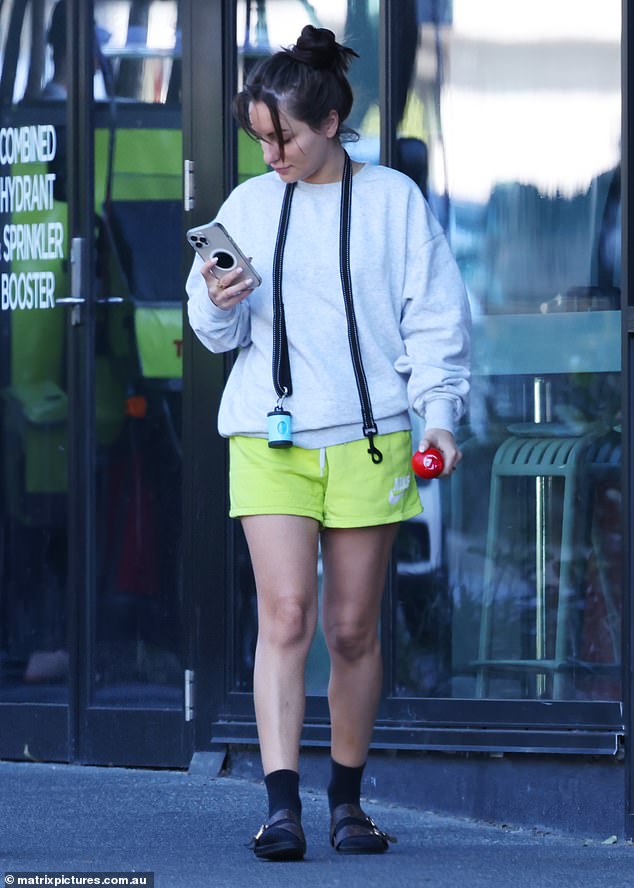 Chiara Passari (pictured), the ex-girlfriend of tennis star Nick Kyrgios, was spotted in Brisbane on Thursday

The aspiring influencer played on her phone as her faithful dachshund trotted beside her.

It comes after Nick lost to Novak Djokovic in an engrossing men’s final at Wimbledon.

The Aussie world No. 45 broke the strict all-white dress code by wearing a red baseball cap to receive his runner-up trophy from Kate Middleton. 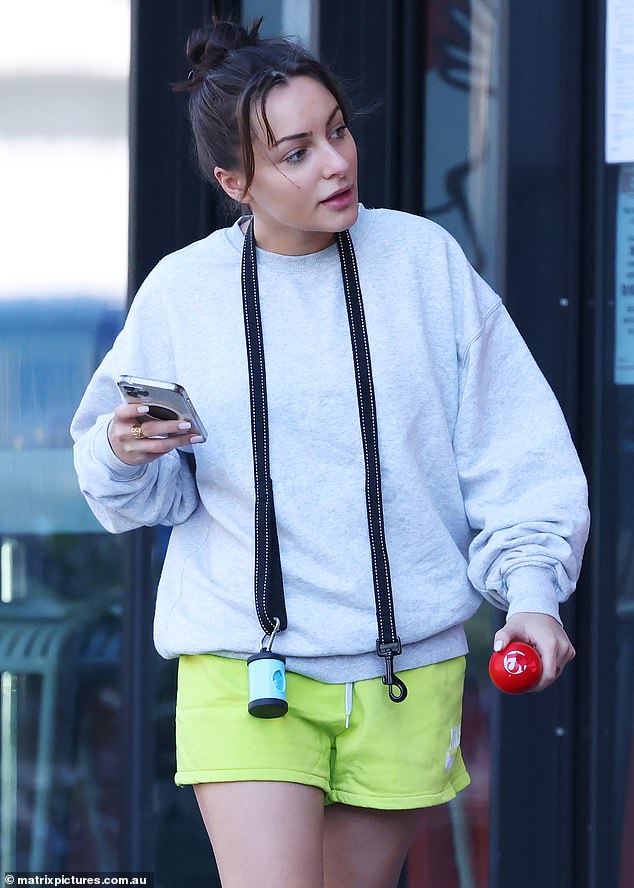 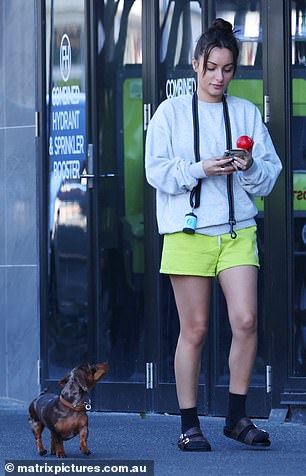 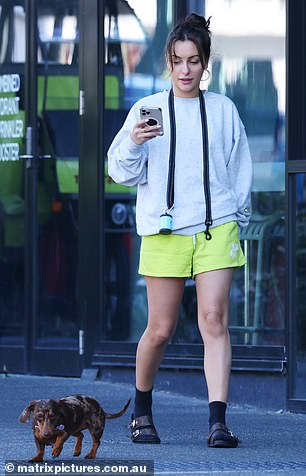 After the match, Nick and Costeen celebrated his efforts at London’s Wyld nightclub on Sunday, with his family and entourage.

Meanwhile, Nick is facing allegations he assaulted his ex-girlfriend, model Chiara Passari, in an incident last year and will appear in court in his hometown of Canberra on August 2.

The charge carries a maximum sentence of two years in prison. 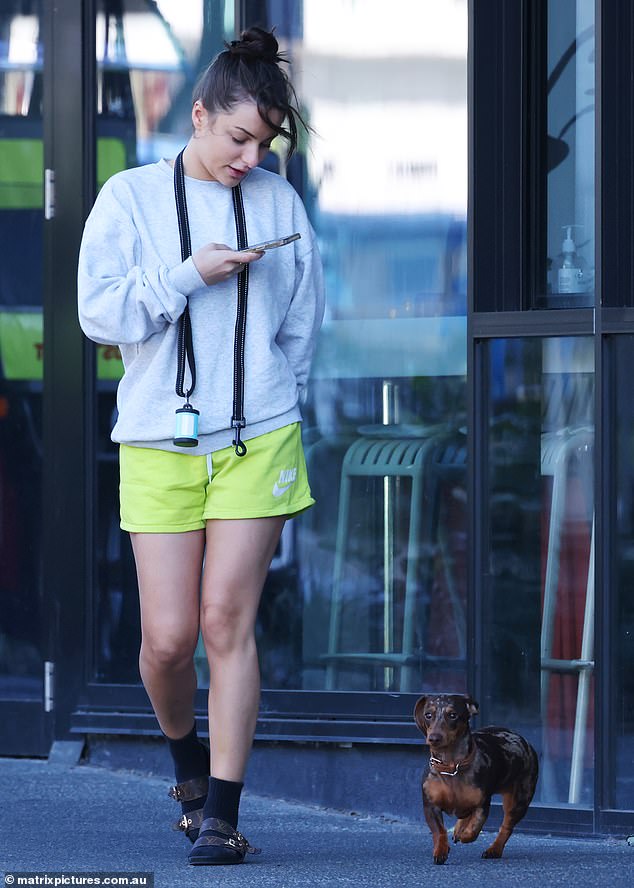 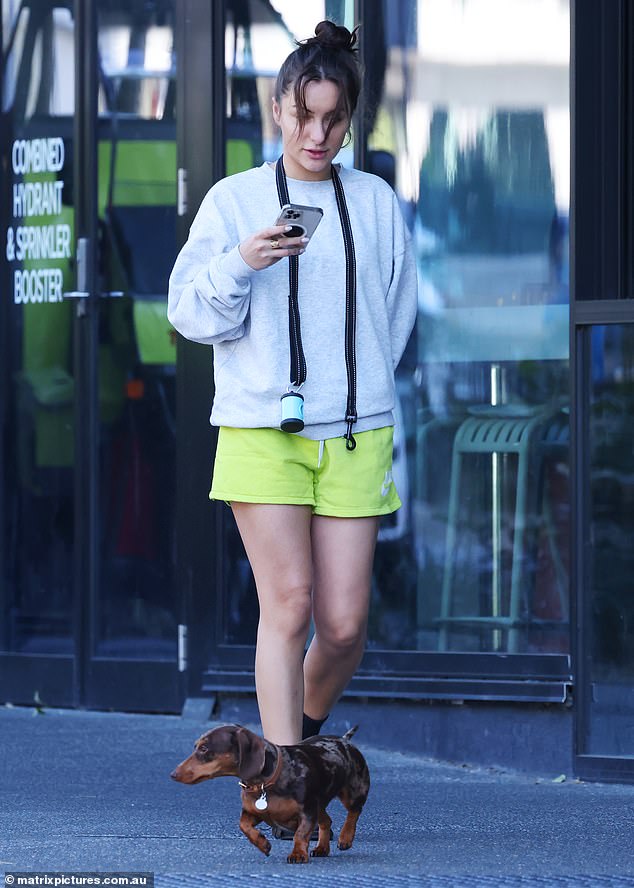 She was dressed in green shorts, a grey sweater, and black sandals with matching socks

Nick had an on-off relationship with Chiara before meeting brunette beauty Costeen Hatzi.

The couple have only been dating for eight months after confirming their romance in December last year.

And during an Instagram Q&A, the tennis bad boy said he and his girlfriend will be trying for their first child next year. 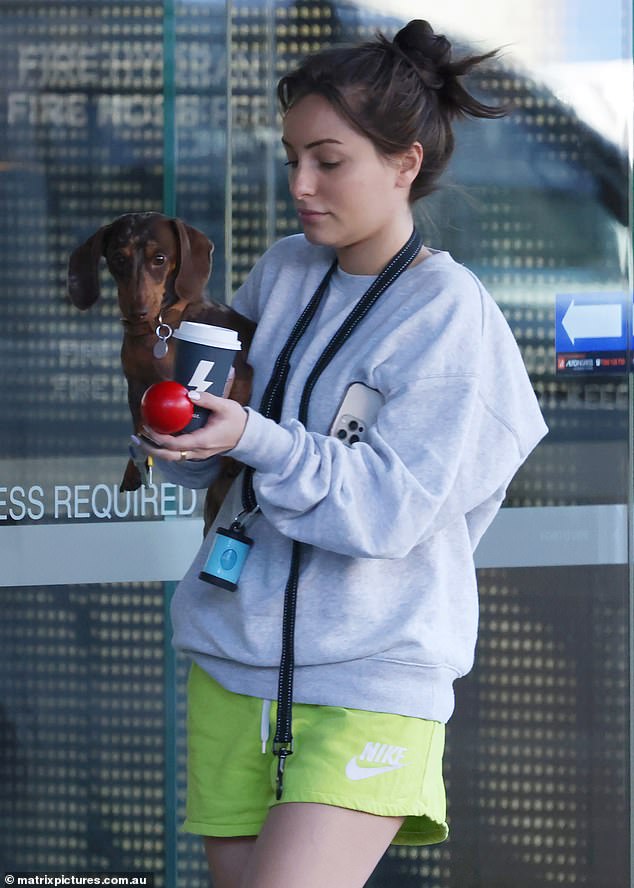 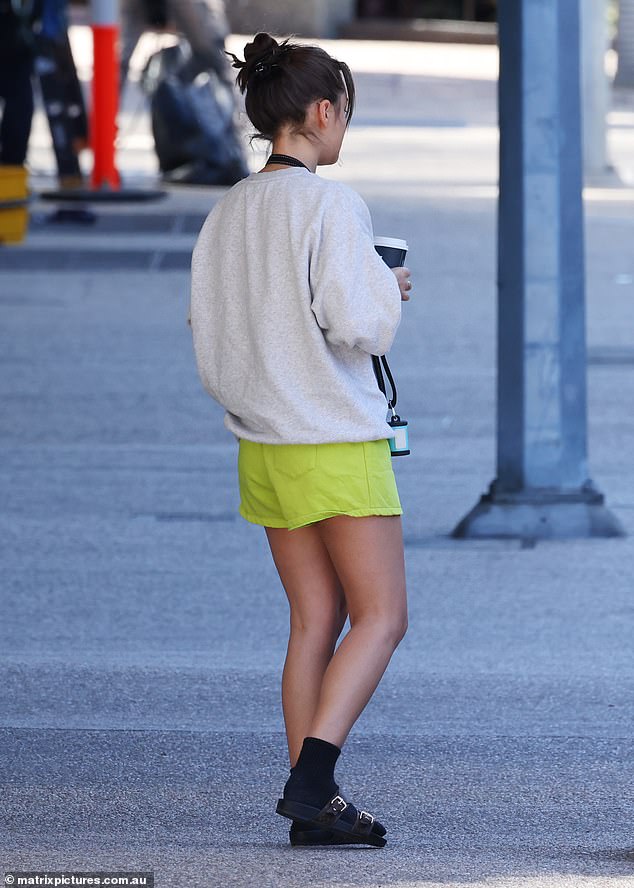 Nick was answering a baby question and replied with a picture of the pair on the beach captioned ‘next year’ alongside a ring emoji.

Engagement rumours circulated about the lovebirds in May after another Q&A showed Nick hugging the interior designer, 22, with the caption, ‘very soon,’ alongside heart and ring emojis.

However, Kyrgios’ management soon denied the pair – who became an item in December last year after he split with long-time girlfriend Chiara Passari – were engaged. 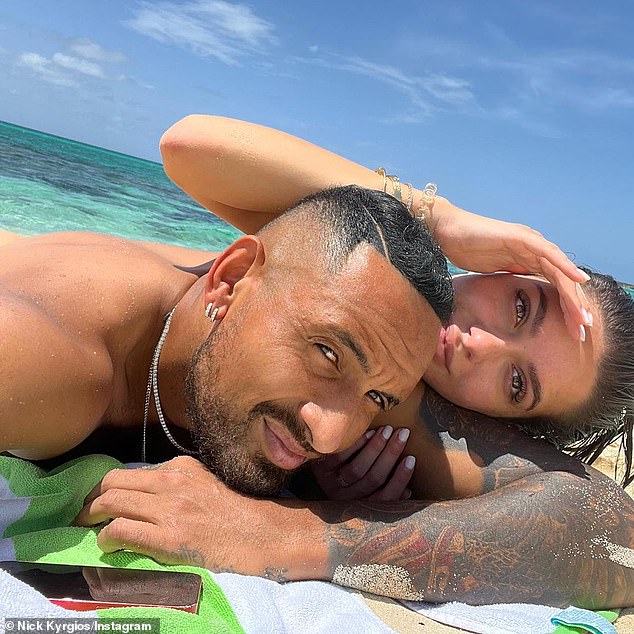 Nick has moved on with model and blogger Costeen Hatzi. Pictured together