Nicole Richie and her younger sister, Sofia Richie, enjoyed a day out in Santa Barbara earlier on Sunday.

The two siblings were spotted taking in the afternoon sun and getting fresh air while riding electric bikes.

The close sisters are daughters of successful musician, Lionel Richie. Nicole, 40, was adopted by the singer and his first wife, Brenda Harvey, when she was 9-years-old. Model Sofia, 23, is his biological daughter. 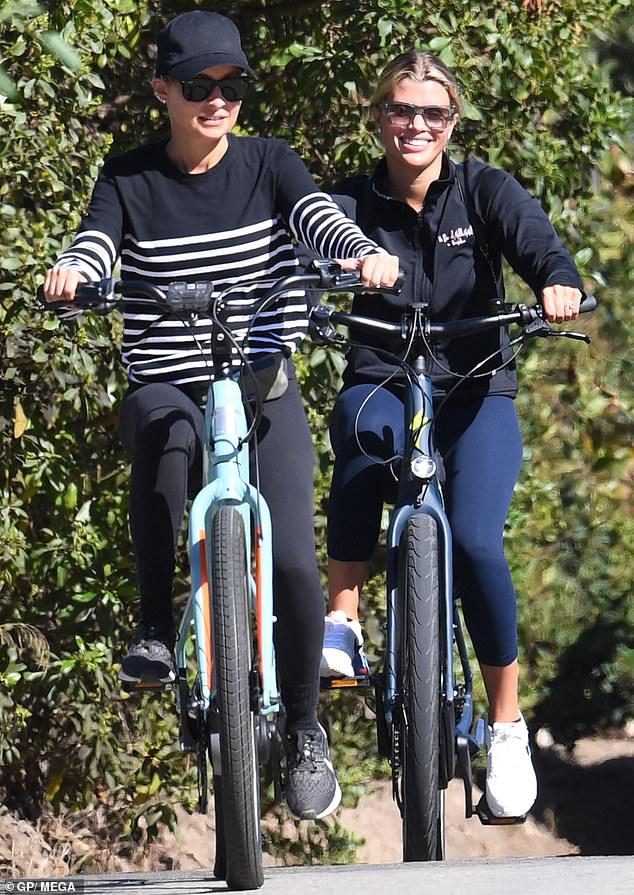 Sunday afternoon outing: Nicole Richie, 40, and Sofia Richie, 23, were spotted out on a bike ride together in Santa Barbara on Sunday

Both the sisters kept their looks casual and comfortable for their afternoon bike ride.

Nicole, who rode in front of her younger sister, donned a black sweater with white stripes. The top was long-sleeved in case the weather grew a little chilly later on in the day.

The Simple Life star added a pair of black leggings to easily pedal on the bike. The mom of two added black socks and sneakers.

To complete her look, Nicole added a black cap and sunglasses to shield her eyes from the bright sun. 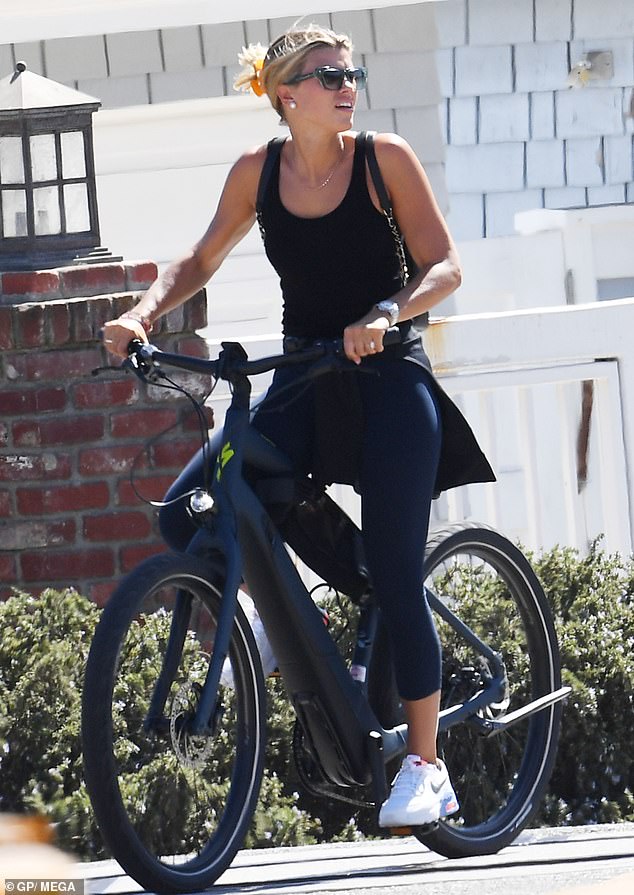 A fun day: The two siblings were all smiles and appeared to be having a blast spending quality time together over the weekend

Sofia also kept her ensemble simple and chic. The model donned dark blue leggings with a black tank top which she covered with a black, zip-up jacket.

She slipped into a pair of white, Nike sneakers to making ride a bike easy and comfortable.

The beauty parted her hair in the middle and threw her locks up into a bun which was secured by a large clip.

She also donned a pair of stylish shades as they spent the hot day under the sun. 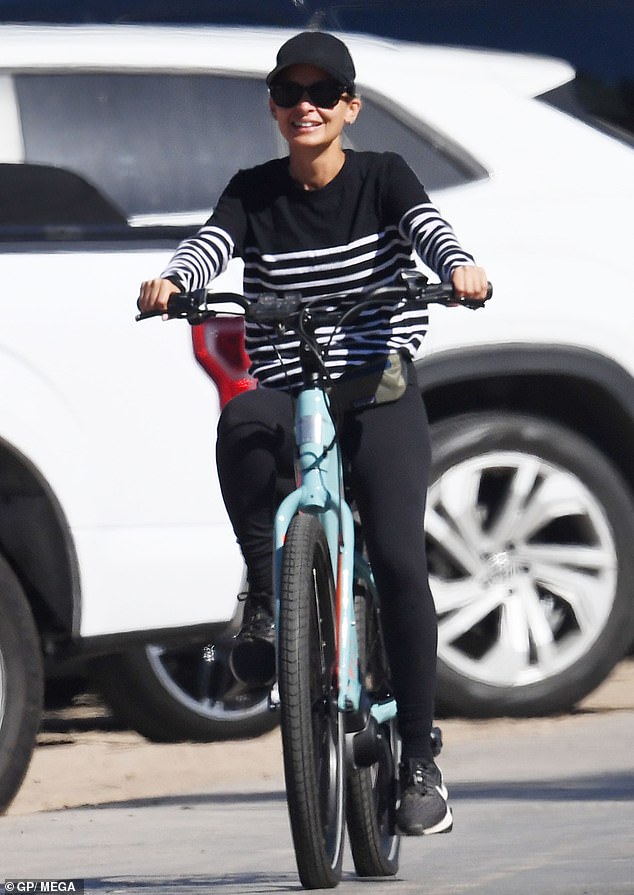 Big smiles: The sisters had big smiles on their faces as they got some exercise and rode around in Santa Barbara 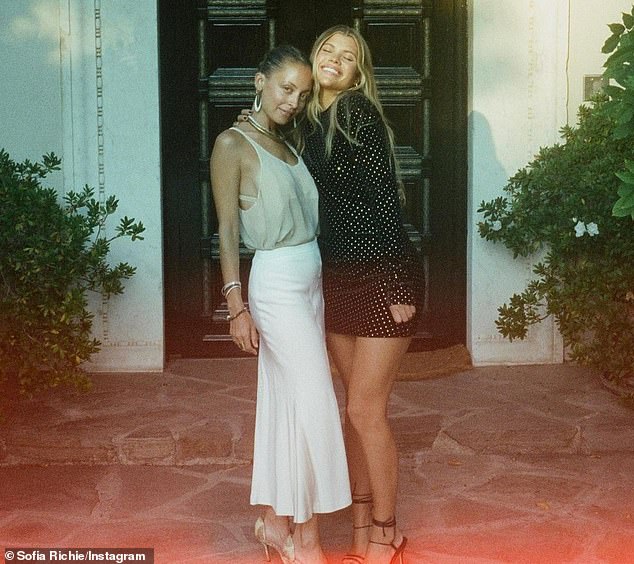 Close bond: Despite their 17-year age gap, Sofia and Nicole appear to get along very well and have a close relationship

Both Nicole and Sofia are Virgos, and during a joint interview together which the singer added onto her Facebook page, the siblings weighed in their favorite qualities about each other.

When talking about her older sister, Sofia stated, ‘My favorite thing about my sister is that she is the easiest person to talk to, and she gives the greatest advice.’

Nicole also added how much she enjoys spending time with Sofia. ‘She’s my favorite person to laugh with which is the highest compliment because my priority of every single day is to laugh.’ 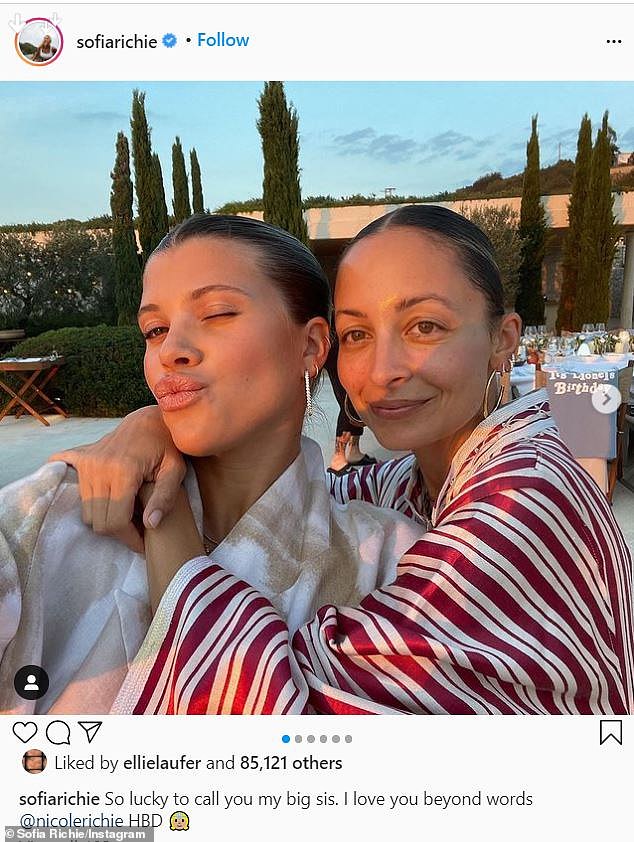 Sisterly love: During an interview, Sofia stated that Nicole is the ‘easiest person to talk to’ 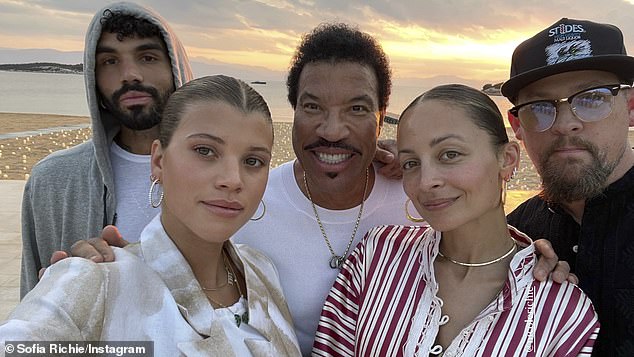 Family time: Nicole and Sofia appear to take family time very important and make it a priority in their busy lives

Later on during the interview, Nicole added that the two, ‘love spending time together, we love working together, and we each love being creative.’

Last year in 2021, both the sisters teamed up and collaborated to make a clothing line for Nicole’s company, House of Harlow 1960.

The idea of working together to create a collection came about during the pandemic. ‘…We were just talking about our individual hopes and dreams and what we wanted to do and make,’ the Making The Cut star told WWD.

The reality star is very supportive of her younger sister, and gave a hilarious reaction when Sofia became engaged to Elliot Grainge earlier this year in April.

In a photo of the two posing together with Sofia flashing her new engagement ring, Nicole wrote a caption, ‘Can’t wait to find ways to make this about me.’ 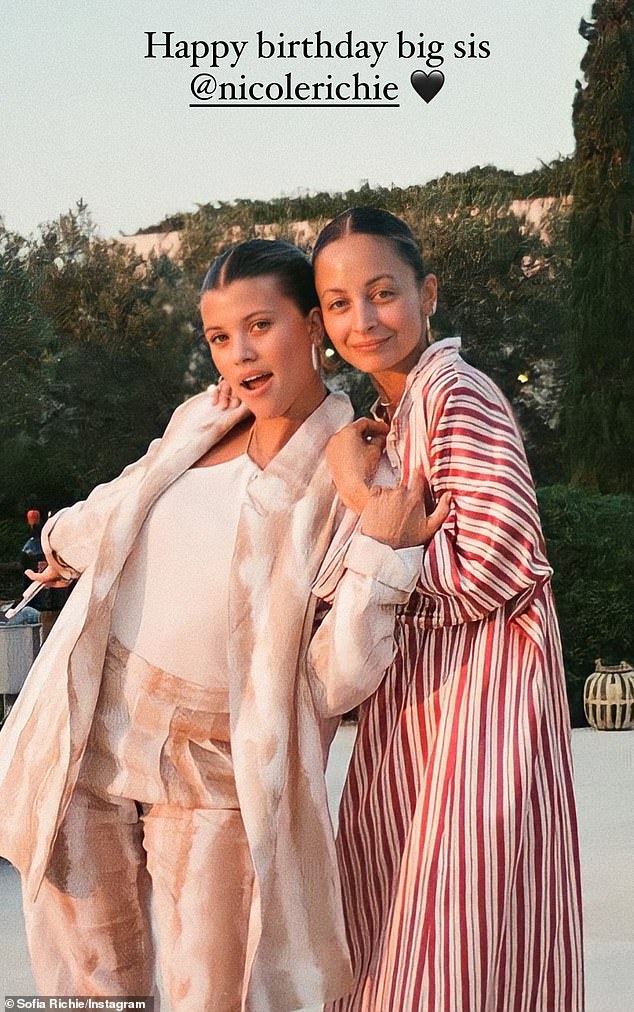 There for each other: Both Sofia and Nicole appear to be very supportive of each other 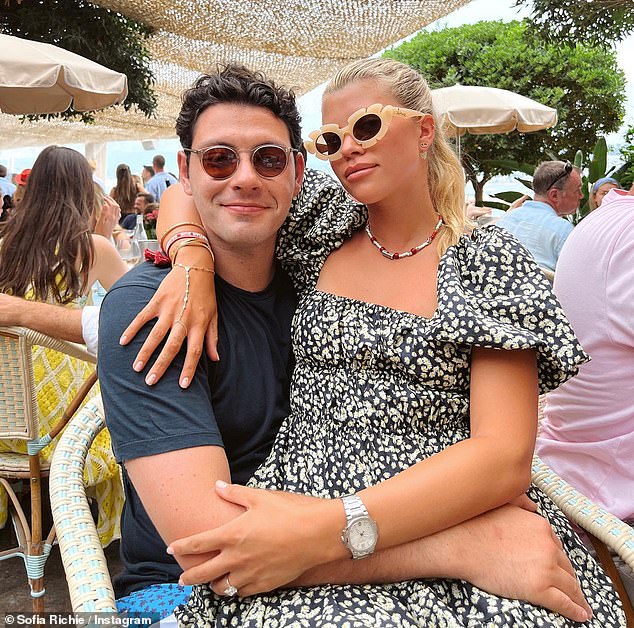