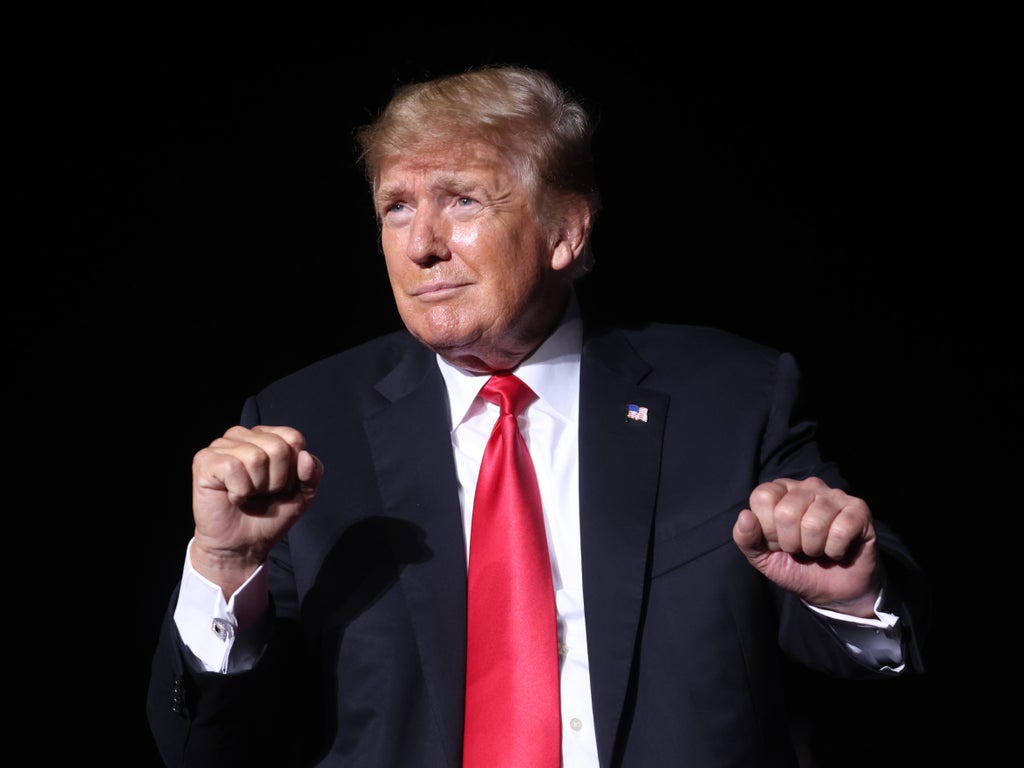 Chief spokeswoman Liz Harrington announced on Wednesday that the former presidentwill launch a new social network called Truth Social next year to “fight back against the ‘Big Tech’ companies of Silicon Valley”.

Truth Social is just one part of the Trump Media and Technology and Group (TMTG), a new “media powerhouse” intended to rival Netflix and Disney+ with “non-woke” streaming video and compete with Amazon and Google for cancel-proof web hosting services.

The company plans to list on public stock markets by merging with Digital World Acquisition Corp, a shell company set up to hunt and buy promising start-ups, in a deal that supposedly values TMTG at $825m (£598m).

But experts questioned Mr Trump’s numbers, saying the company had offered investors little to back up its promises, while Truth Social has already suffered from glitches, hackers and legal issues.

Mr Snell said: “Trump has never had the scrutiny of the public stock market, ever, until now. Truth Social is an extremely high risk venture — both for him and for anyone crazy enough to invest in it.

“He will also have to deal with Wall Street analysts and commentators nitpicking everything Truth Social does. He’s banking on his own supporters buying the stock, freeing him from what the Street thinks. But they’ll still rip it to shreds if it’s losing money.”

Mr Trump has famously kept his business dealings in private hands, restricting their ownership to his family, meaning he is not required to publish quarterly financial reports to investors.

Mr Snell continued: “Truth Social’s path to real revenue is also very unclear. If they try an ad based model, are there really enough major advertisers who will work with him? He’s toxic to most of corporate America now – they don’t want the drama.

“That leaves a subscriber model, but will Truth Social keep a large base of subscribers if the site goes offline, looks janky, has no legit branded content, etc?”

Matt Levine, a former investment banker at Goldman Sachs and now a columnist for Bloomberg, suggested that the company was likely to raise money from Trump supporters regardless of its performance, describing it as the financial equivalent of Mr Trump’s famous claim that he could “stand in the middle of Fifth Avenue and shoot somebody” without losing any voters.

“Cash flows, valuation, etc, are all irrelevant. It is just vibes … he can launch a company with no product, business plan or capital structure and the stock will double.”

Dan Primack, a reporter for Axios, dismissed TMTG as “a joke” and “a shell company buying a shell company”, noting that it had not announced a chief executive and had no funding from outside investors.

Nevertheless, shares in Digital World nearly quadrupled in price on Thursday as Trump supporters snapped them up.