Tyga will not be charged with criminal offences in his domestic violence case with ex-girlfriend Camaryn Swanson, ‘as long as he stays out of trouble’.

TMZ announced on Tuesday, that Tyga’s case is set for a hearing at the Los Angeles City Attorney’s Office, where he will discuss how handle domestic disputes.

Previously, it was reported that Tyga, 32, could still be charged with a misdemeanor from an alleged altercation between him and his ex-girlfriend that took place in October. 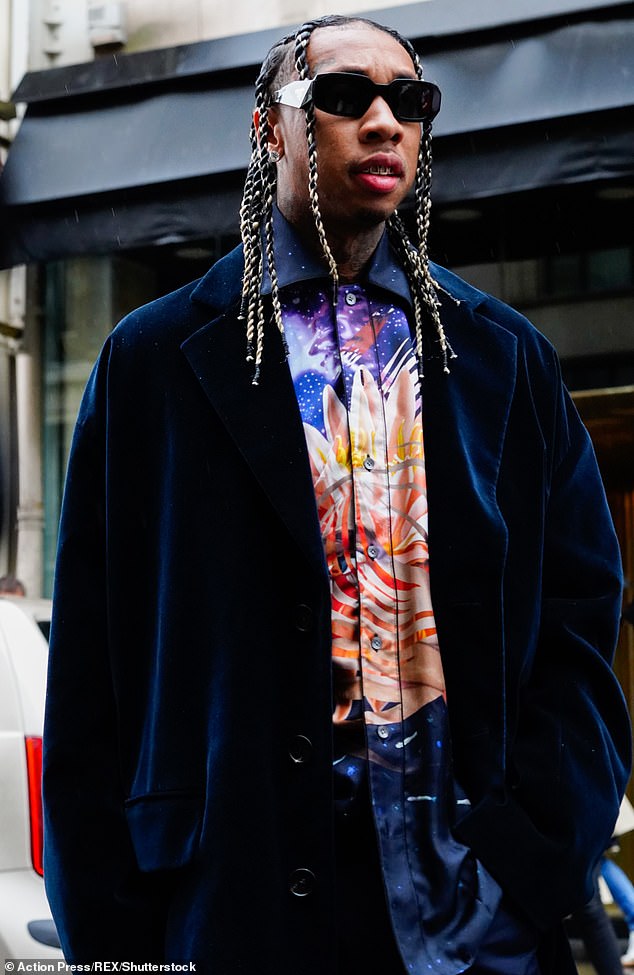 Good news: Tyga, 32, will NOT face charges over alleged altercation with ex-girlfriend Camaryn Swanson ‘as long as he stays out of trouble’, TMZ reported on Tuesday

This charge could still be enforced if the singer doesn’t manage to stay out of trouble for the rest of the year.

Per the report in November, Camaryn’s injuries and evidence did not qualify for a felony charge – which is why it was passed to the City Attorney.

The Diamond Life singer was arrested for felony domestic violence after Camaryn told police he became physical with her. 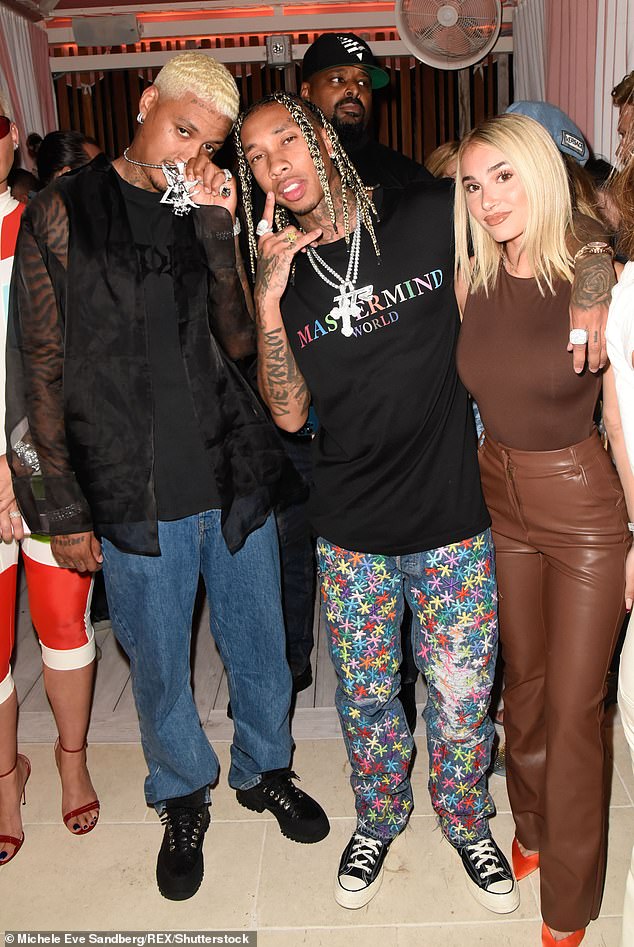 Off the hook: Previously, it was reported that he could still be charged with a misdemeanor from the dispute that took place in October (Pictured April 2021  Camaryn is far right)

He promptly turned himself into authorities with his bail set at $50,000, Tyga has vehemently denied the claims.

The pair allegedly got into a spat after she showed up to his mansion ‘screaming in the middle of the night’ at 3 a.m.

Camaryn claimed that during their argument ‘Tyga put his hands on her’, a source told TMZ.

Family members, who were present during the incident, believed Camaryn ‘appeared to be under the influence’, but Tyga ‘still let her inside to talk.’ 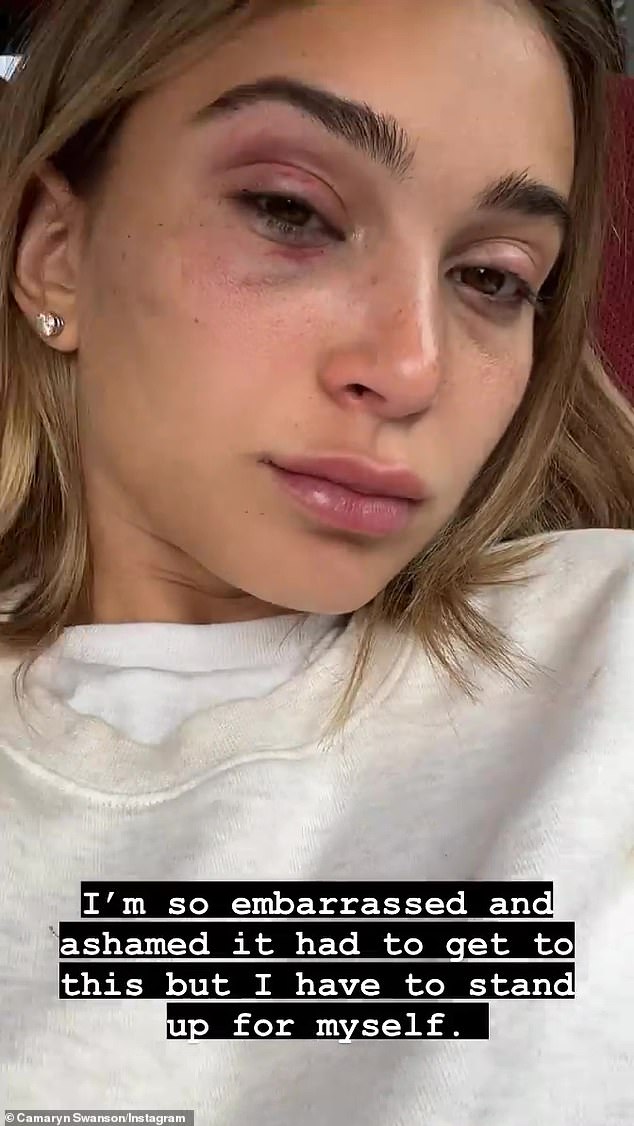 Injuries: Camaryn later posted a video showing her followers injuries she allegedly got from the altercation

The fashion designer, who is represented by Genflow Talent, called her mother following the fight to pick her up, before phoning the cops.

The outlet reported that responding officers saw ‘visible marks’ on her and ‘took a report for felony domestic violence.’

Camaryn later posted a video showing her followers injuries she allegedly got from the altercation.

Tyga wasn’t arrested and declined to speak with law enforcement at the time. His representatives recently said her allegations are ‘false and will be disproven.’ 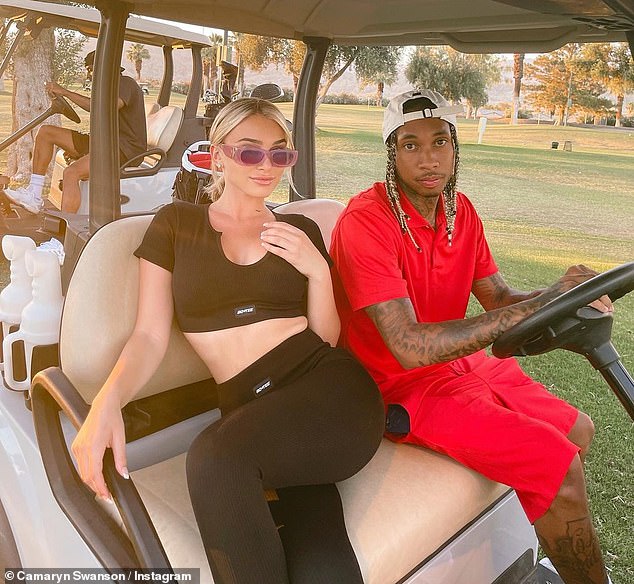 History: The pair sparked some engagement rumors in June after going official with their relationship in February 2021