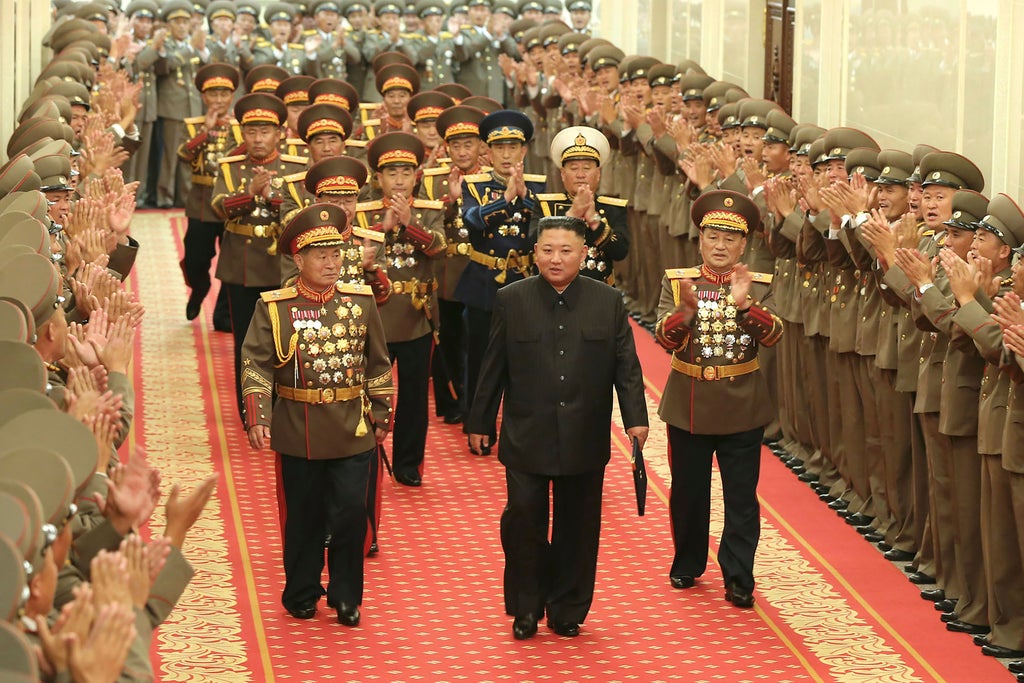 North Korea has released military rice reserves to tackle an ongoing food crisis in the country, South Korea’s spy agency said on Tuesday, as a heat wave and drought have hit food supplies.

Another lawmaker, Kim Byung-kee, quoted the NIS as saying that North Korea is running out of its grain stockpiles.

Seoul’s National Intelligence Service was cited as saying an ongoing heatwave and drought have wiped out rice, corn and other crops and killed livestock in North Korea. The current food crisis is also exacerbated by years of economic mismanagement.

The NIS said North Korea’s leadership views fighting the drought as “a matter of national existence” and is focusing on increasing public awareness of its campaign, Ha said.

On Tuesday, NIS also said North Korea wants international sanctions banning its metal exports and imports of refined fuel and other necessities lifted before it restarts denuclearisation talks with the United States.

This comes after North Korea and South Korea last week agreed to reopen a communications hotline which was cut last year by Pyongyang as relations deteriorated between the two countries.

The UN Security Council has imposed a wide range of sanctions on North Korea for pursuing its nuclear and ballistic missile programmes in defiance of UN resolutions. Pyongyang has conducted six nuclear tests since 2006 and test-fired missiles capable of hitting the United States.

The ongoing economic sanctions imposed on North Korea by the international community and the border closure with China due to the Covid-19 pandemic are thought to have intensified the food crisis.

North Korea is thought to have produced about 4.4 million tonnes of grains last year, around 240,000 tonnes lower than a year earlier, according to the Korea Development Institute, a state-run South Korean think tank. KDI says the secretive communist country normally needs at least 5.7 million tonnes of food to feed its 26 million population. This means the expected food shortage is due to reach 1.35 million tonnes this year.

Grain prices have jumped in recent weeks, with the price of corn allegedly rising by at least 22 per cent.

The price of rice, the most important crop in North Korea, once doubled from early this year. The price briefly stabilized in July before soaring again, Kim cited the NIS as saying.

Ha said North Korea is trying to control the price of grains to which its public is most sensitive.

The ongoing crisis didn’t spare even the well-off citizens. Residents of Pyongyang reportedly stopped receiving food rations sometime last April. The ethnic Chinese, who have strong connections across the border with China and have been using them to secure food supplies, struggled to sustain what they needed to fend off the crunch.

In a report in June, the UN Food and Agriculture Organization said that imports are unlikely to be enough to close the food gap, which could still be as large as 860,000 tonnes, roughly equivalent to more than two months’ supply of food.

During a key ruling party meeting in June, North Korea’s leader, Kim Jong Un, urged officials to find ways to boost agricultural production, saying the country’s food situation “is now getting tense.” Earlier, he even compared the ongoing pandemic-related difficulties to a 1990s famine that killed hundreds of thousands.

Kwon Tae-jin, an expert at the private GS&J Institute in South Korea told AP that North Korea’s current food problem would continue until it harvests corns, rice and other grains in September and October.

Other experts say China, North Korea’s main ally and aid benefactor, also won’t likely let a massive famine happen in the North. They say China worries about North Korean refugees flooding over the border or the establishment of a pro-U.S., unified Korea on its doorstep.