My eyes are up here, darl! NRL star Anthony Minichello takes a cheeky peek at his wife Terry Biviano’s cleavage as she wears a jaw-dropping revealing gown to Gold Dinner 2022

They celebrated their 10-year anniversary in January.

And Anthony Minichello and Terry Biviano are still mad about each other.

The NRL star couldn’t keep his eyes off his beautiful wife as the couple attended the annual Gold Dinner in Sydney on Wednesday evening. 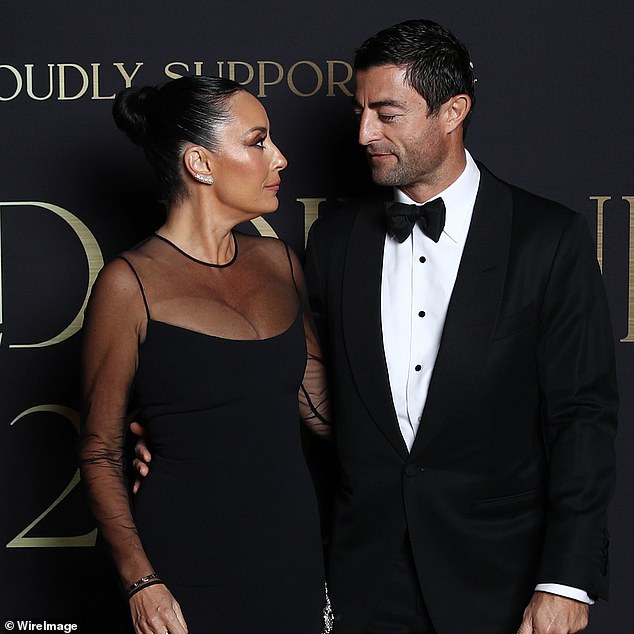 My eyes are up here, darl! NRL star Anthony Minichello took a cheeky peek at his wife Terry Biviano’s cleavage as she wore a jaw-dropping revealing gown to the Gold Dinner 2022 in Sydney on Wednesday evening

And it was no wonder why, as the glamorous shoe designer, 47, looked absolutely incredible in a jaw-dropping low-cut gown with thigh high split.

At one stage Anthony took a cheeky peek at his wife’s cleavage.

She wore her raven locks up in a chignon bun and was smouldering in a smoky eye and nude lip makeup palette. 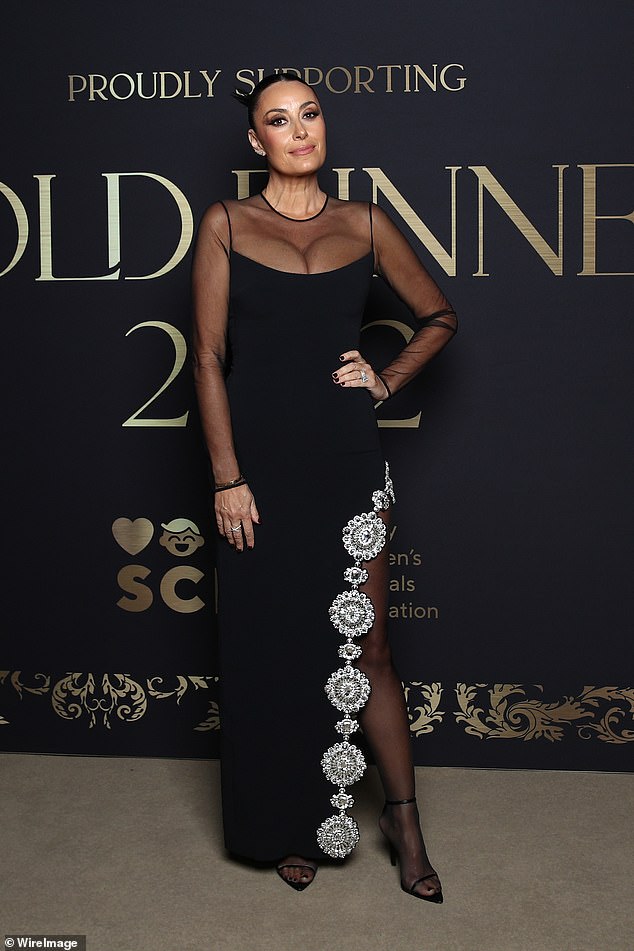 Anthony meanwhile was dashing in a black tuxedo.

Over 600 of the city’s leading philanthropists and VIPs attended Gold Dinner, which benefits the Sydney Children’s Hospital Foundation.

This year’s event marked the 25th anniversary of the exclusive dinner, was first held in 1997 and has raised more than $30million in the years since.

The invitation-only event is held at a secret location, which is only revealed to attendees the week of the dinner. 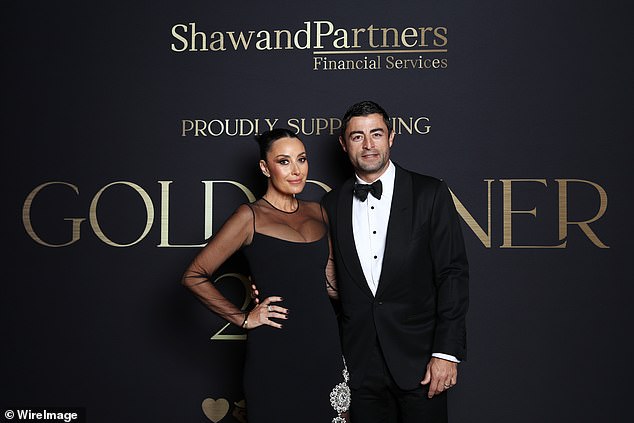 Star-studded event: Over 600 of the city’s leading philanthropists and VIPs attended Gold Dinner, which benefits the Sydney Children’s Hospital Foundation

Terry and Anthony married in January 2012 and share one daughter, Azura, seven.

In an interview with The Daily Telegraph in last June, the former rugby league footballer revealed surprising details about his marriage to Terry.

He confessed it was ‘not all easy’.

‘We love each other, which makes things easier, of course,’ he explained.

Anthony also said he liked being able to focus all his attention on his wife and their daughter since retiring from NRL in 2014.

‘When you play a professional sport, it’s all about your schedule and preparing your body for game day,’ he said.

‘Now I love spending the weekends with my wife and daughter, just hanging out together or catching up with friends.’