It comes as cases in the city have once again eclipsed 4,000 per day, but hospitalizations have actually decreased to 56 per day – from 74 a day last week, and deaths have flattened in the single digits for months now.

Hospitalization figures may be inflated, though, with data revealed last week finding that half of patients were actually receiving treatment for another ailment, and just tested positive while present.

On Tuesday, health officials set the virus alert level to ‘high’, after releasing a notice recommending all New Yorkers over the age of two mask in in-door public places. A mandate would required the mayor’s office to play ball, though.

Adams was asked whether he would put the mandate in place at a news event at City Hall on Wednesday, where he answered: ‘no’. 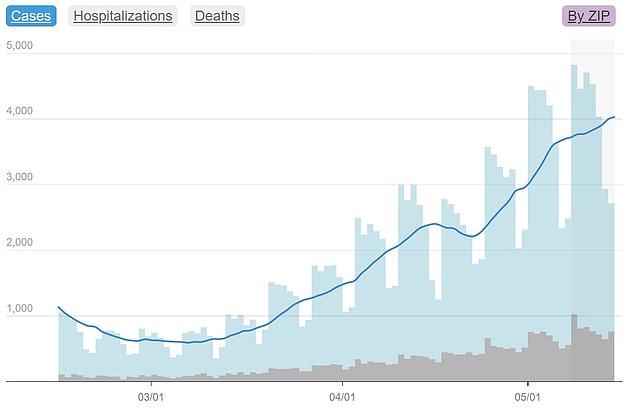 Covid cases in New York City have eclipsed the 4,000 mark for the first time since the latter stages of a massive Omicron surge that struck the Big Apple over winter 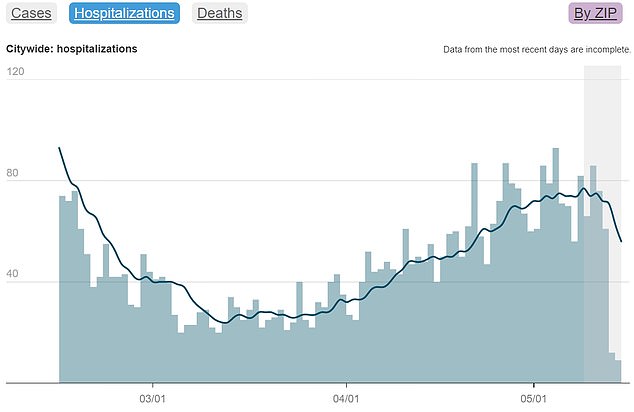 ‘I’m proud of what we are doing and how we are not allowing COVID to outsmart us,’ he said, reports the New York Daily News.

‘We’re staying prepared and not panicking. When I look at the hospitalizations and deaths, the numbers are stable.’

Only days ago, Dr Ashwin Vasan, the city’s health commissioner, was encouraging New Yorkers to mask up once again in order to protect themselves from the virus. 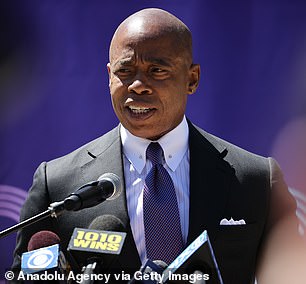 Eric Adams (pictured), mayor of New York City, said that he does not plan to reinstate an indoor mask mandate in the city, despite it reaching ‘high’ alert level

‘New York City has transitioned to a high COVID alert level, meaning now is the time to double down on protecting ourselves and each other by making choices that can keep our friends, neighbors, relatives and coworkers from getting sick,’ Vasan said on Twitter.

On Monday, officials also announced they would distribute millions of Covid tests and masks in order to curb the spread of the virus as well.

‘As a city, we have the tools to blunt the impact of this wave, including distributing tests, masks and promoting treatments,’ Vasan continued on Twitter.

‘Getting back to Low Risk depends on everyone doing their part and if we follow guidance, our forecasts anticipate this wave’s peak will not last long. What we do now can make all the difference.’ 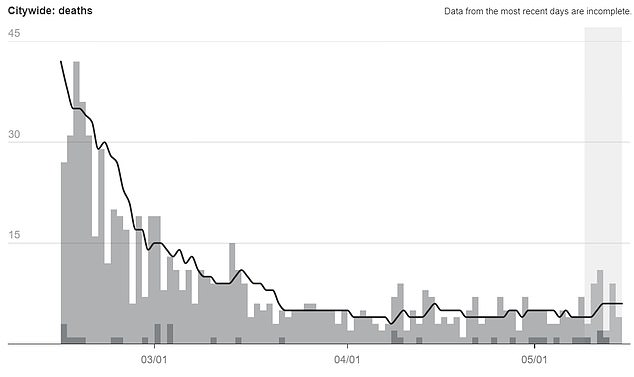 Covid deaths in New York City have remained low since mid-March, lingering in the single digits for two consecutive months

It added that people over 65, immunocompromised, or unvaccinated should also consider donning the coverings outdoors and avoiding crowded settings.

Daily cases in the city eclipsed the 4,000 per day mark on May 15, the latest data available, the first time that mark was reached since the back-end of the devastating winter Omicron surge.

Hospitalizations related to the virus actually dropped on the last report, though, around 33 percent from 74 per day to 56 per over the course of a single week.

Not many New Yorkers are dying from the virus either, with daily figures hovering in the single-digit range since mid-March.

The Big Apple remains one of the few cities in America that still required masking on public transit after federal rules from the Centers for Disease Control and Prevention were struck down last month.

Children under the age of five are still required to wear masks at pre-school and other similar places.

Adams did repeal the vaccine and mask mandates for many indoor public places earlier this year, though.