Olivia Attwood has said she was ‘really lucky’ that ‘nothing bad’ happened during her wild partying lifestyle in her younger years as she backs a safe drinking campaign.

The engaged TV personality, 31, has been known to enjoy a boozy night out with fellow celebs and influencers but has recently turned a page as she looks ahead to married life with her footballed fiancé Bradley Dack.

Speaking to MailOnline exclusively, Olivia has reflected on her crazy nights out and has counted herself lucky that she remained safe despite the risks posed by getting out of control. 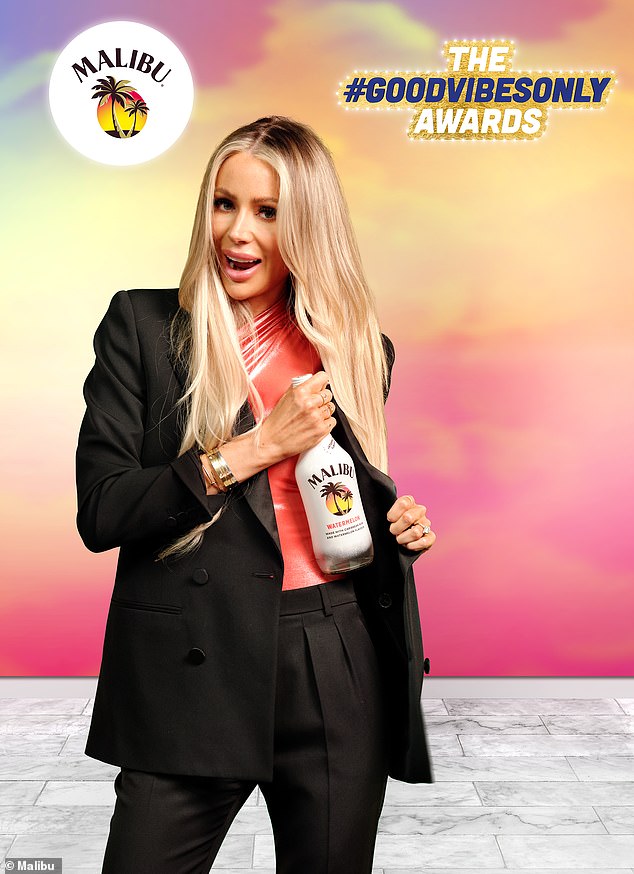 Looking back: Olivia Attwood has said she was ‘really lucky’ that ‘nothing bad’ happened during her wild partying lifestyle in her younger years as she backs a safe drinking campaign

She said: ‘I’m a big fan of the drink, always have been, it takes me back to being younger but I’ve enjoyed a drink through to my adult life.

‘I talk to my friends and look back on the way we were when we were on nights out and think, “God we were really lucky..” that nothing bad ever did happen because when you’re young you’re loving life.

‘But obviously the world can be a dangerous place and especially if you are drinking it’s important to not overdo it.’

Just in time for people starting university, the Love Island star has partnered up with Malibu alongside TOWIE star Joey Essex to promote the Good Vibes Only Awards, which is encouraging freshers and students to nominate one of their friends who helps others while drinking, so that they win a night out. 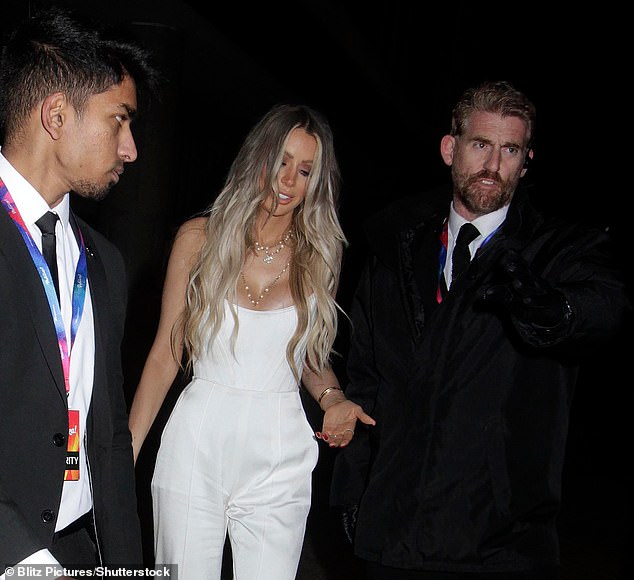 Having fun? The engaged TV personality has been known to enjoy a boozy night out with fellow celebs and influencers (pictured in November 2021) 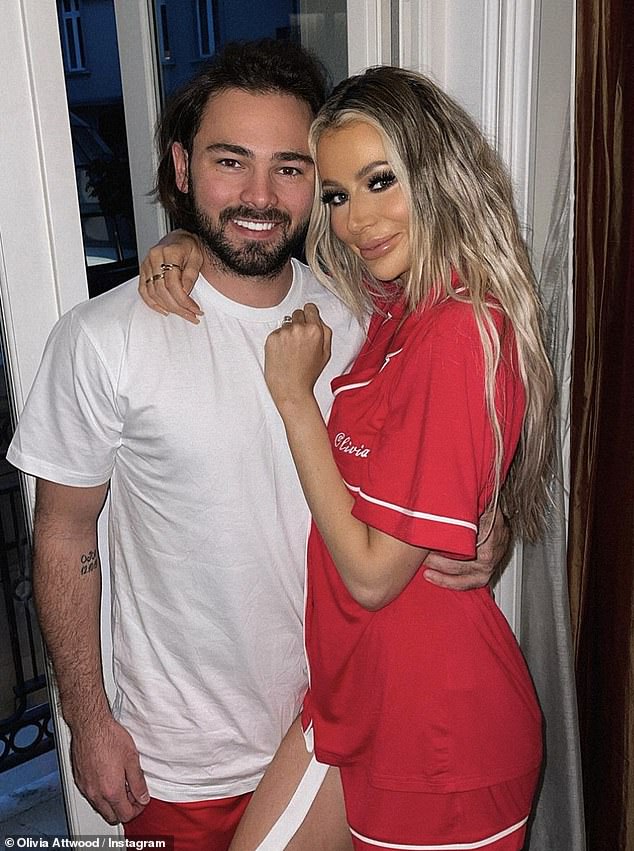 Loved up: Now, Olivia is looked ahead to married life with her fiancé Bradley Dack (pictured)

‘Malibu is teaming up with companies like Uber, Revolution and Popworld and others to try and ensure that they have safe fun,’ she added.

Olivia, who is looking ahead to her star-studded wedding next year, also revealed that she cancelled the venue she showed on her ITV show Olivia Meets Her Match – because a few other stars in the industry decided to book the same place.

She and Blackburn Rovers footballer Bradley got engaged in 2019 while on a romantic getaway to Dubai.

Olivia, had already cancelled her wedding to Dack at Grantley Hall which was set to go ahead this year, after falling in love with the picturesque wedding venue.

She remains unfazed by having to push back her long-awaited big day because it gives her an excuse when people question herself and Bradley over when they’re going to start a family.

Speaking at the launch of her clothing brand in November 2021 at London’s W hotel, she said: ‘I’m not in any hurry to have children. 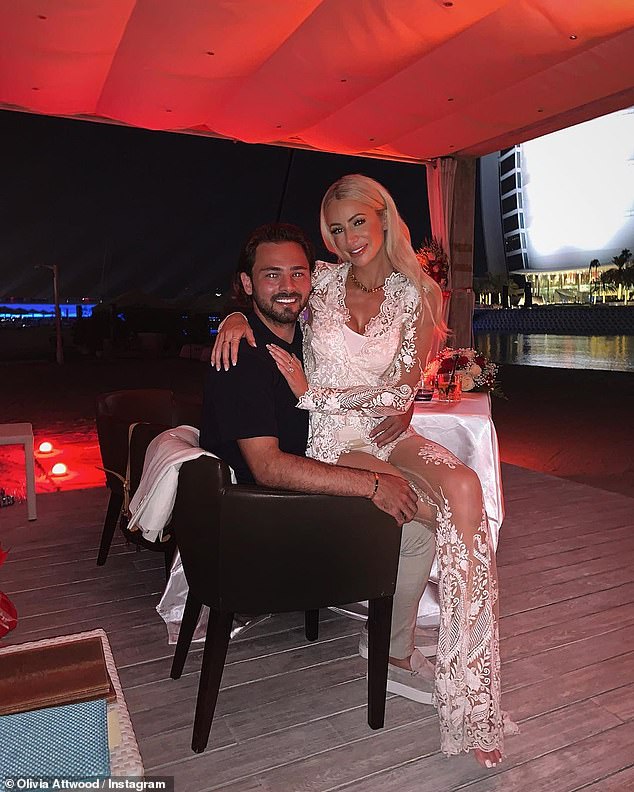 Engaged: Bradley proposed to Olivia in Dubai back in 2019 and she has cancelled the wedding multiple times because of his football injuries and her busy work schedule

‘They don’t interest me, they don’t entertain me, I find them really boring so if I have another year to say “oh sorry, we’re not having kids because we’re not married” even though once we are married, I’ll still be like umm… We’re not in any hurry as a couple, he’s not going anywhere, and I’m not going anywhere.

‘I see children in my future. I want to have a family. But I feel like, I’ve just turned 30 and right now there’s zero appeal and that’s my honest opinion. I spend an afternoon with my friends and their children and I’m like no, no, no. It’s tough.’

But speaking about the same topic a year later, she has warmed to the idea of children slightly more, revealing that she has had a fleeting maternal feeling every so often.

‘It doesn’t sound great but the wedding venue that we saw on ITV, I got rid of it,’ she told MailOnline. I made the very risky move of basically pulling the plug on that only a few weeks ago.

‘Because where we put our wedding off so many times, obviously it’s going to happen – we put the wedding venue on telly, everyone saw it – we thought it was really nice – and now everyone’s getting married there.

‘So in the year we’re meant to get married [which is next year] there’s two or three weddings meant to happen there for people either in football or the television world.

‘I told Brad, “I can’t do that”, I have to have something different. When something’s been delayed which you really loved at first you can easily go off it.

‘The vision changed slightly and I didn’t want to have something where people we know go to a wedding there then next weekend, go there again to see us getting married. 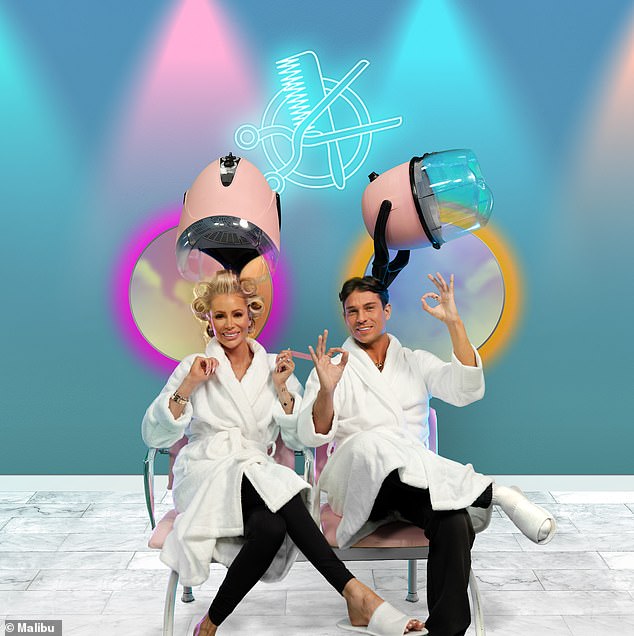 Teaming up: Just in time for people starting university, the Love Island star has partnered up with Malibu alongside TOWIE star Joey Essex to promote the Good Vibes Only Awards

‘I already have an idea of where I want to move it to so that’s pretty much boxed off so we are on track for next summer but it’s a surprise now. I’m going down quite a different route but it’ll be something different. It’ll be something cooler.’

And as for the hen do, the reality star is not skimping out in the slightest – and is looking at either Vegas or Ibiza to celebrate with her bridal party.

‘For the hen do I haven’t kind of penciled in a date but it’s probably going to be May time – I always wanted it to be in Vegas, I spent a lot of time there before Love Island and I would love to take all the girls there but it’s just the logistics of America, looking at the moment, trying to make it work.

‘Obviously it’s a 10-hour flight so it’s a lot more time out of people’s lives so if it becomes too complicated I’m more than happy to have Ibiza as second because I’m such an Ibiza girl at heart.’

It comes as Olivia looks ahead to married life – revealing that children are on the cards in the not so distant future.

‘No one ever asks Brad, “When are you having a kid?”, we are in that stage where we’re talking about kids, we want kids, I think there’s a misconception that I don’t want children, I don’t like children, but that is not true.

‘I just haven’t had a maternal feeling up until the last year or so – I have had fleeting feelings.

‘I guess the difference between a man and a woman is that I have to carry it, so I have to factor in the pregnancy so it can be hard to do my job right now, which is my absolute number one priority. It’s the thing I love the most.

‘It is hard because at some point I would like to start a family but I just don’t feel like it’s on the cards for me right now. 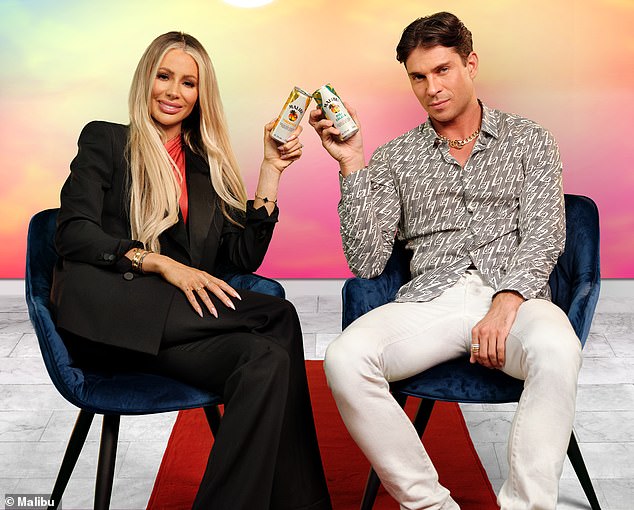 New faces: The campaign is encouraging freshers and students to nominate one of their friends who helps others while drinking, so that they win a night out

‘There’s things I want to do before that time. I wouldn’t say it’s in the too distant future. It’s something we talk about.

‘But Brad would have kids tomorrow – it’s just different for the dad.’

Her work schedule has become busier and busier since leaving Love Island, and now the TV star has delved into the world of presenting docu-series’ with her first, Olivia Attwood: Getting Filthy Rich, doing better than expected, she is looking ahead to projects next year.

But with Maya Jama ‘confirmed’ to be fronting the next Love Island series, Olivia exclusively divulges to MailOnline that there have been ‘conversations’ about her taking the top spot too.

‘Obviously I love the show, and it’s probably one of the biggest, most exciting jobs to have in telly right now,’ she explains.

‘There’s been conversations, I’m not gonna say there hasn’t, but I think it’s a very big show and probably needs someone that has hosted a show of that size before because I don’t think you can really go into that without some level of experience.

‘I’m not saying I wouldn’t give it my best crack.. but I think people underestimate when they watch telly, whenever I’ve watched people like Laura and Holly in action they think “Oh, it’s fun, just talking!”

‘We’ve been talking about what the next year looks like and how I can be involved in Love Island and I said that I would love to be involved in Aftersun if there was a possibility. Only problem at the moment is my diary because there’s so much in there.’ 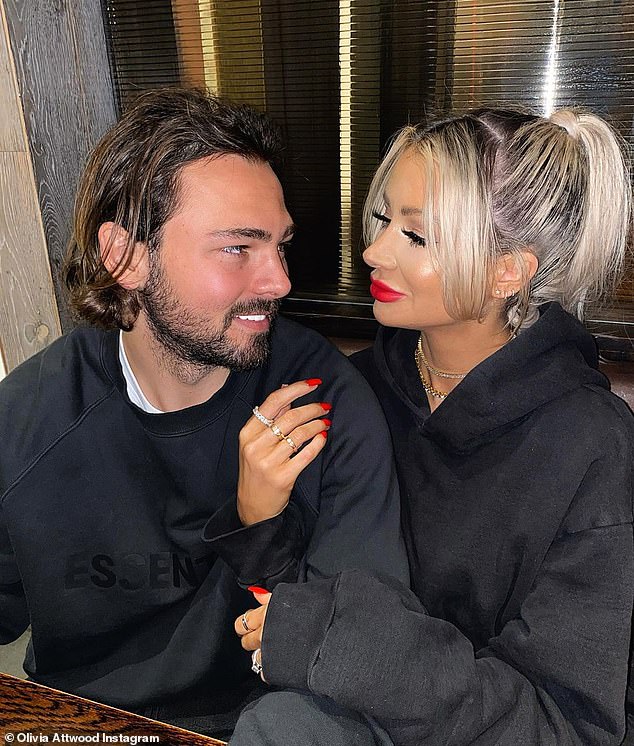 Loved up: The pair (pictured have been together since 2018 – and Olivia has said Bradley ‘would have kids tomorrow’ but she doesn’t feel like ‘it’s on the cards right now’

Share
Facebook
Twitter
Pinterest
WhatsApp
Previous articleThe most popular baby names in the UK have been announced – and three of them are royal
Next articleEnergy lifeline: National Grid unveils £2.5m fund in bid to rescue Brits from fuel poverty
RELATED ARTICLES
Tv & Show