By Christine Rendon and Adam S. Levy For Dailymail.com

The actress, 41, shared a sweet snap of her doting on her four-month-old child as he rested in her arms in a striped onesie and beanie.

‘Photo by @baemnguyen. Big biscuit baby by me,’ Olivia captioned the photo. 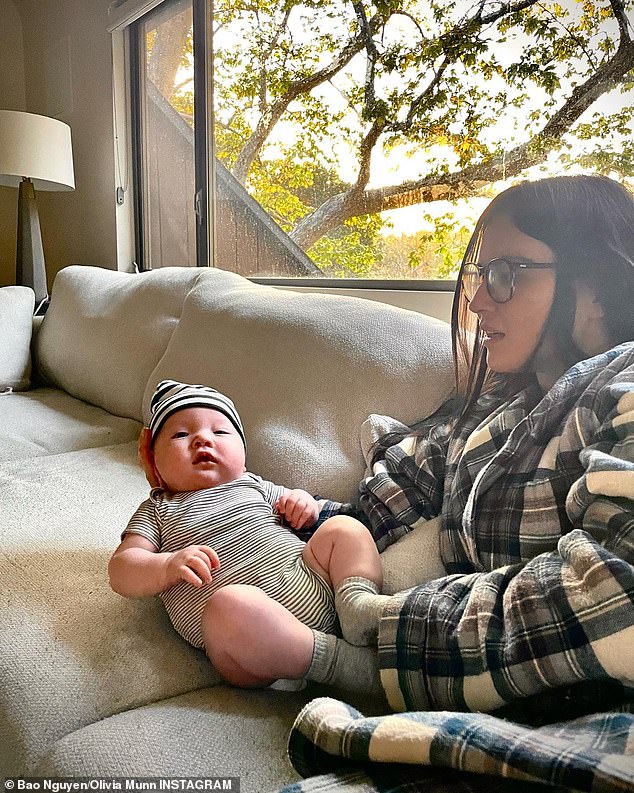 Olivia was all cuddled up in a flannel outfit as she rested on her couch with her straight raven locks worn down and a pair of smart spectacles over her eyes.

She gently placed one hand on the back of her child’s head as he lay next to her on the couch.

The director gently bounced the child in his arms before the baby flashed a smile and Olivia squeezed his little leg. 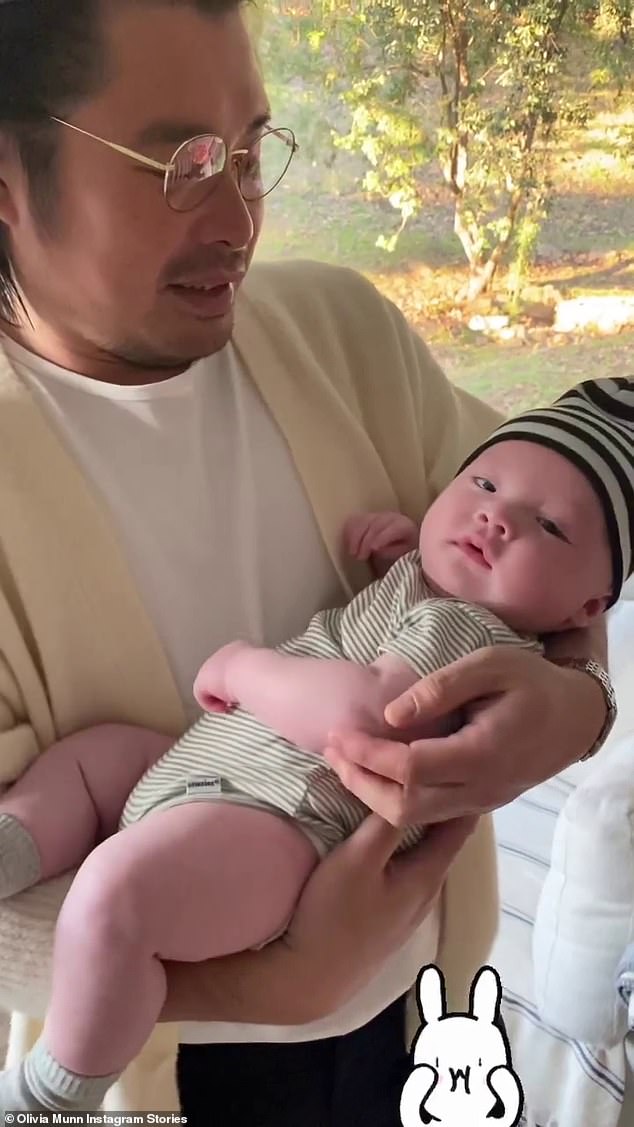 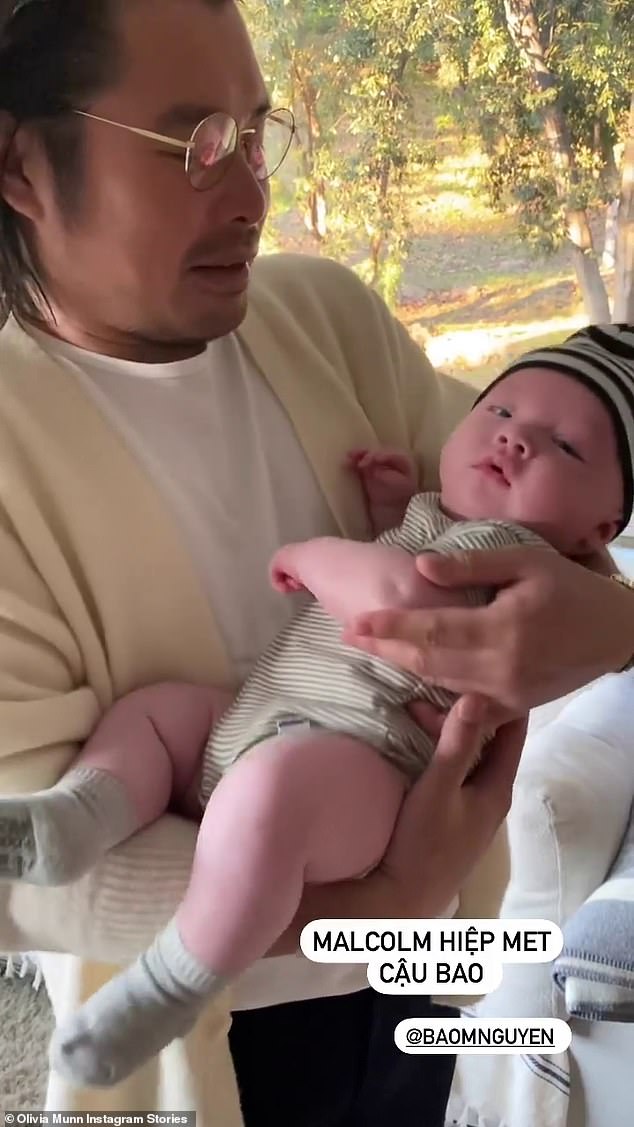 So cute: The director gently bounced the child in his arms before the baby flashed a smile and Olivia squeezed his little leg

Olivia shares her son with her boyfriend John Mulaney, who was not pictured in the videos or photo.

The couple welcomed their son November 24.

Munn brought Malcolm from their home base in Southern California to New York last month as Mulaney hosted the February 26 edition of Saturday Night Live. 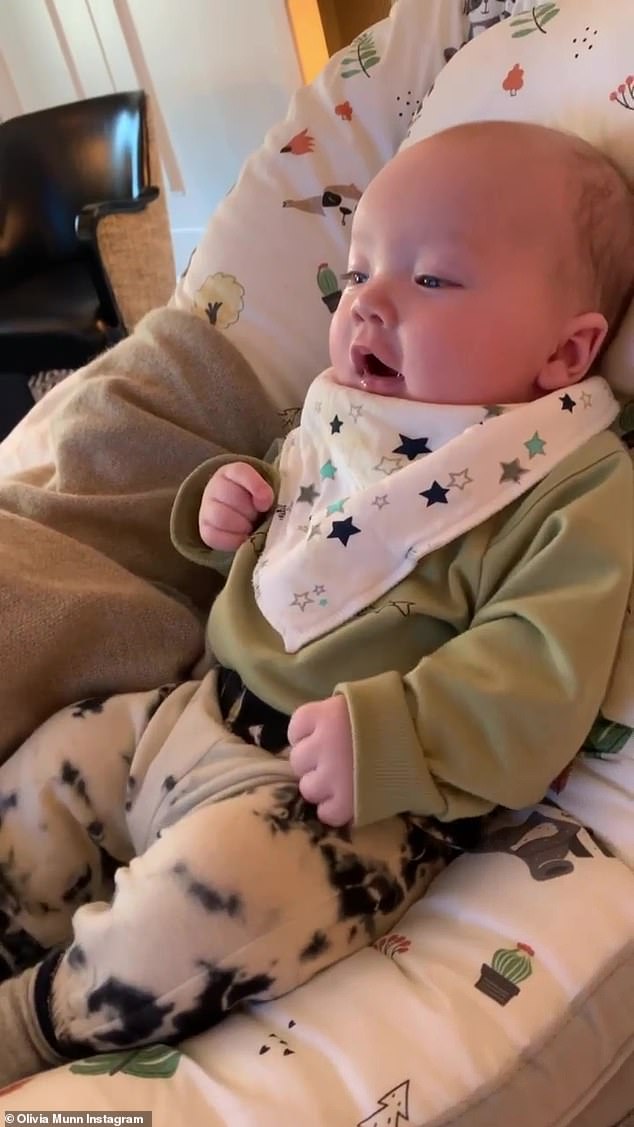 The Hit-Monkey star on Instagram shared a shot of Mulaney as he held his son while in the dressing room at SNL.

‘Malcolm visited SNL Thursday afternoon,’ Munn captioned the shot. ‘Here he is looking like your uncle being carried out of a wedding because he went too hard.’

Mulaney opened up about becoming a parent in his appearance on the NBC comedy staple last month. 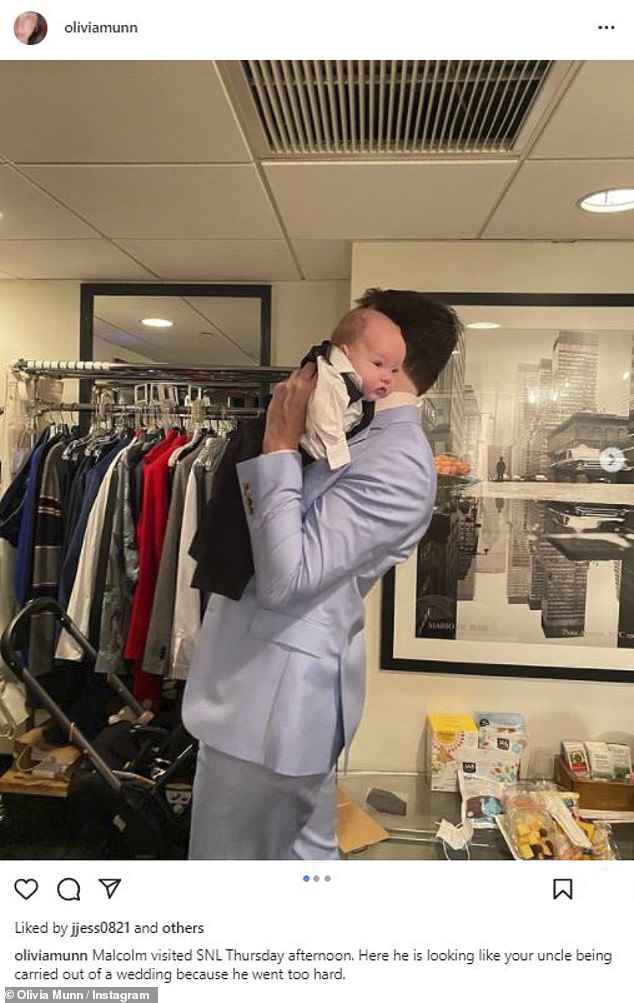 ‘Since I last hosted, different things have happened – life is a lot better and happier now – I have a 12-week-old son,’ he said. ‘I’m very excited, he is a pretty cool guy for someone who can’t vote. His legs are like little calzones, and I want to eat him.’

Mulaney last July filed for divorce from his wife of seven years, Anna Marie Tendler, 36, and the split was finalized in January.

Mulaney in September opened up on his relationship with Munn on Late Night with Seth Meyers.

‘I got into this relationship that’s been really beautiful with someone incredible,’ Mulaney said. ‘And we’re having a baby together. I was nervous when I was about to say the news!’ 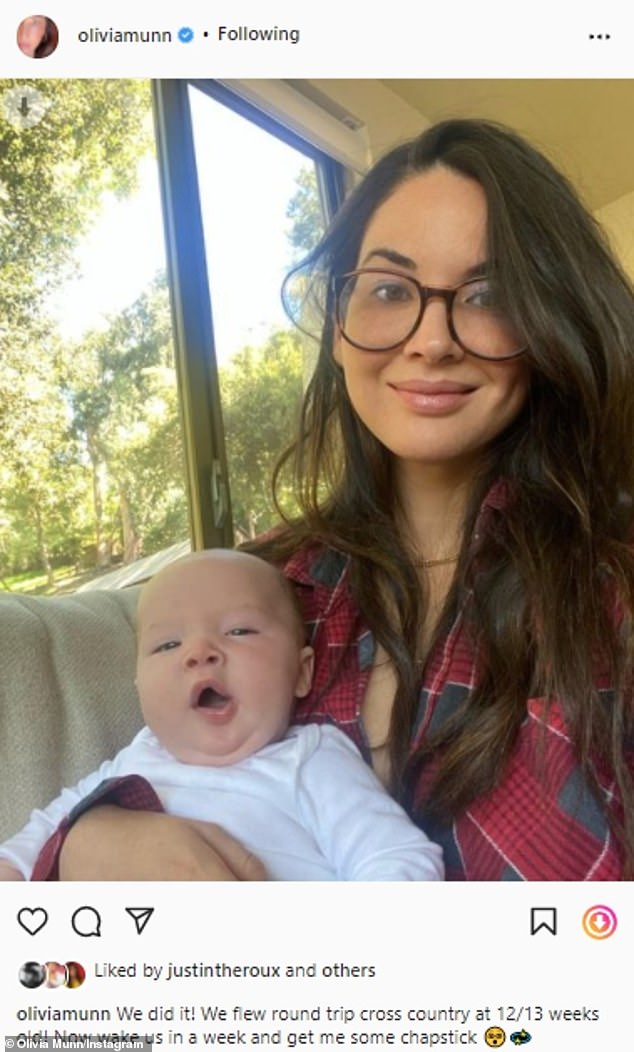