They have their hands full as parents to a baby boy.

And Olivia Munn and John Mulaney stocked up on the essentials during a grocery run in Los Angeles on Tuesday.

The actress, 41, and her boyfriend, 39, were spotted leaving Gelson’s super market with a cart full of groceries. 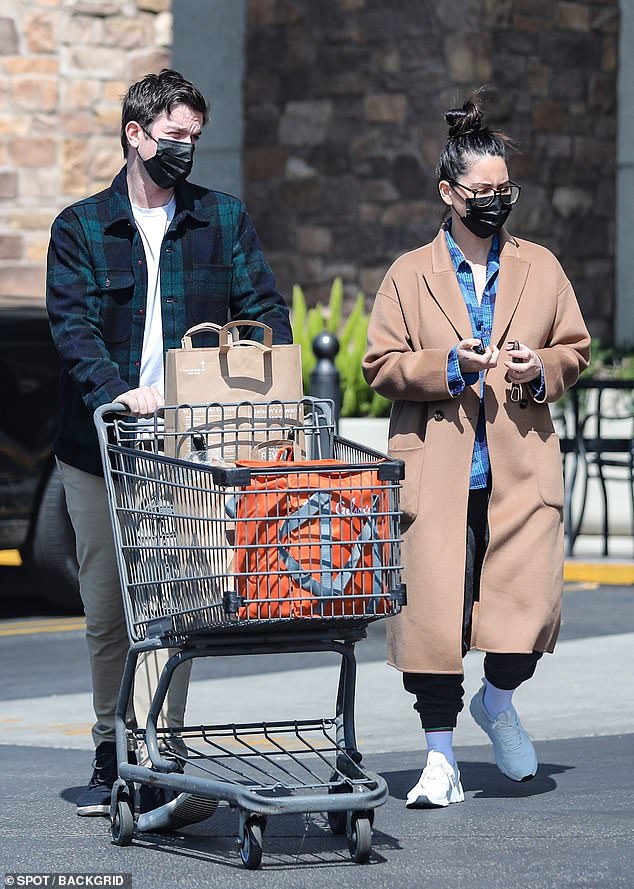 Parents on the go! Olivia Munn and John Mulaney stocked up on the essentials during a grocery run in Los Angeles on Tuesday

Olivia and John did not bring their bundle of joy, a four-month-old son named Malcolm, along with them.

The couple kept it comfortable for their routine trip to the store.

Olivia wore a beige coat over her blue flannel button down, grey sweatpants, and a chunky pair of white trainers.

The beauty left the store with a black face mask covering her complexion and a smart pair of glasses resting upon the bridge of her nose. 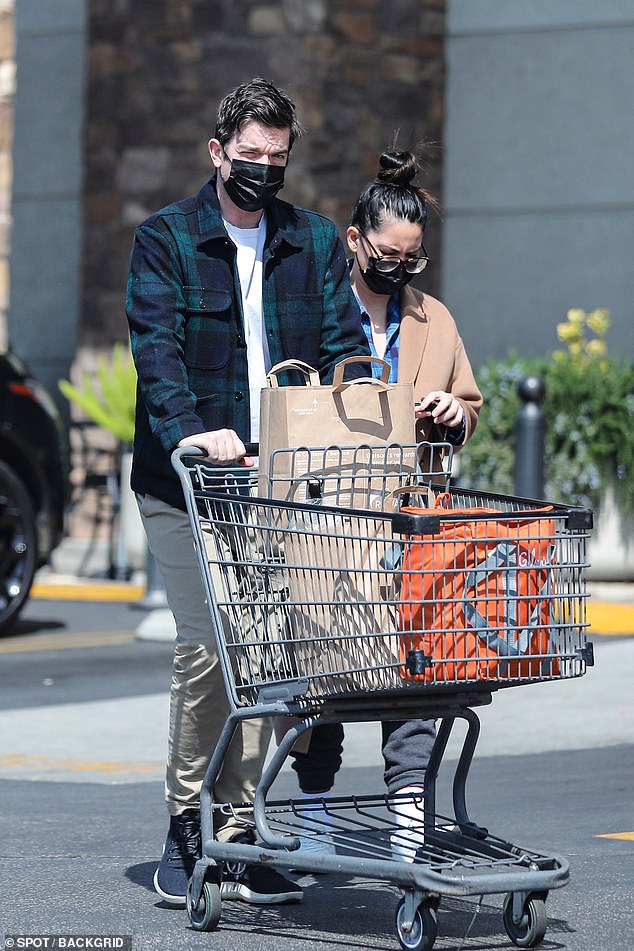 Doing the heavy lifting: Mulaney pushed their cart full of groceries through the parking lot

She wore her raven tresses up into a no-fuss bun.

John was also wearing flannel, along with a white T-shirt, beige slacks, and midnight blue trainers.

Like his girlfriend, the comic took precautions against COVID with a black face mask. 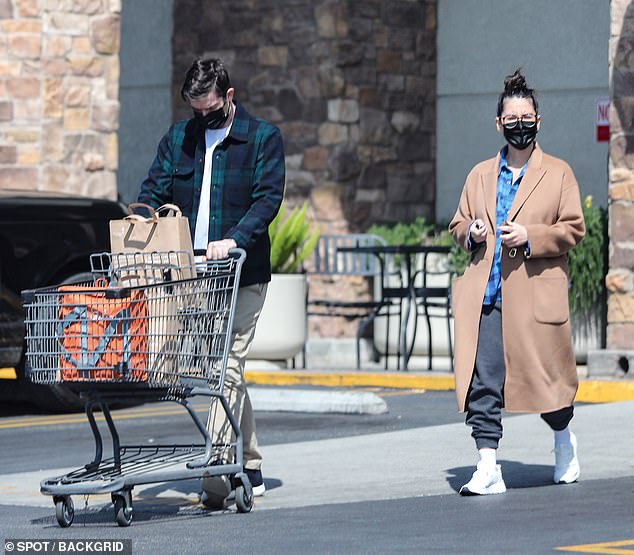 Keeping it casual! Olivia wore a beige coat over her blue flannel button down, grey sweatpants, and a chunky pair of white trainers

Olivia and John welcomed Malcolm on November 24, 2021, four months after the comedian filed for divorce from his wife of seven years Anna Maria Tendler, 36.

John spoke out about his relationship with Olivia on September 7, 2021, as well as confirming the pregnancy rumors.

‘Then in the spring I went to Los Angeles and met and started to date a wonderful woman named Olivia…. And we’re having a baby together. I was nervous when I was about to say the news! Oliva and this baby have helped save me from myself in this early journey out of recovery.’

Their romance was first reported on May 13, 2021 by People, four months before John announced their baby news. 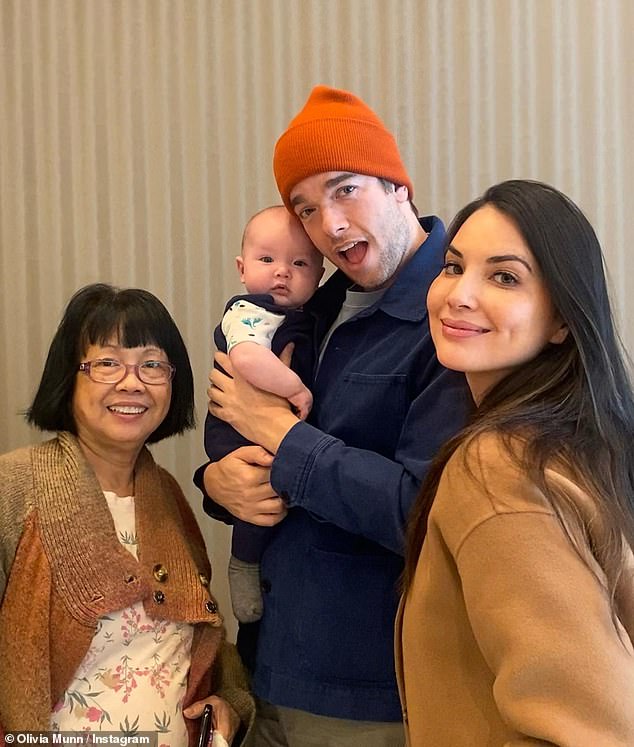