Olivia Newton-John’s final moving photo and final wish has been revealed after the much-loved star retreated from the public eye as her health worsened.

Newton-John, most known for her famous role as Sandy in the 1978 movie Grease, died on Monday morning after a long battle with breast cancer.

She died surrounded by family at her home in southern California.

Her husband John Easterling has revealed the Grease star’s final wish before her death.

Easterling revealed on Facebook that the actress and her family requested donations to be made to her charity, the Olivia Newton-John Foundation Fund, in her memory instead of flowers. 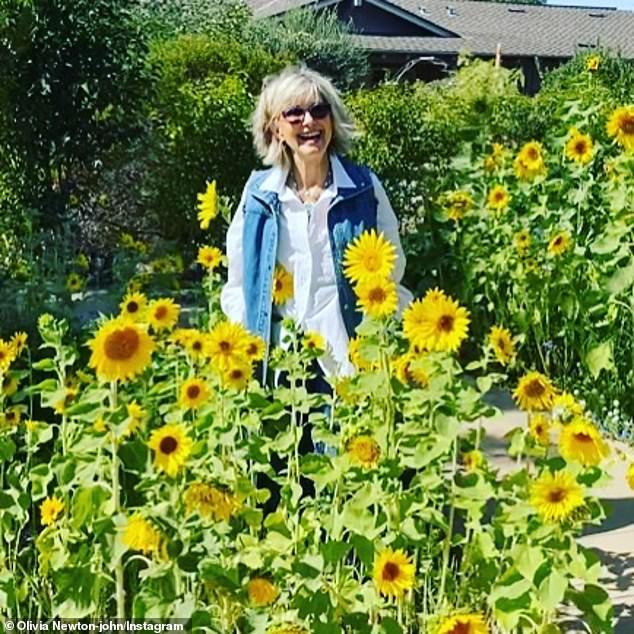 Newton-John’s Instagram was mostly made up of flashback posts from throughout her career.

But on April 18th, the star shared a rare, candid photo of herself.

It shows the 73-year-old standing in her garden, surrounded by sunflowers with a beaming smile.

She captioned the rare photo: ‘Wishing everyone a Happy Easter on this beautiful Spring day!’ after exclusively sharing throw-backs in the months prior.

Fans flooded the heart-warming post after her death was announced.

‘The world is heart-broken to have lost you, Olivia. You were awe-inspiring and may your 73 years here remain a light for all of us to follow,’ one person wrote. 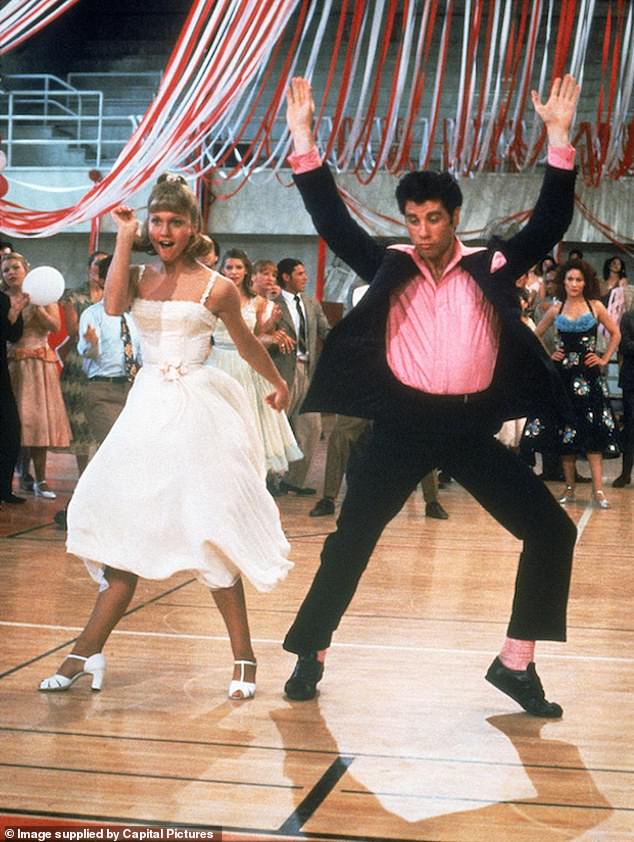 Olivia Newton-John is most known for her famous role as Sandy in the 1978 movie Grease (pictured, Newton-Joh with Grease co-star John Travolta)

‘So strong, she was happy to the end,’ another said.

Newton-John’s battle with breast cancer first began in 1992 when she was just 44 years old.

She was very open about her diagnosis and treatment, which famously included the use of medical marijuana.

Unfortunately her cancer returned twice in 2013 and 2017.

Her husband John Easterling announced Newton-John’s death on her Facebook page, asking her fans to consider donating to her charity in her memory. 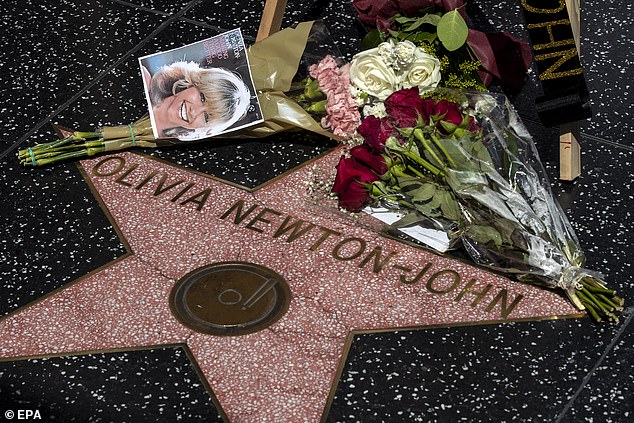 ‘Dame Olivia Newton-John passed away peacefully at her Ranch in Southern California this morning, surrounded by family and friends,’ he said.

‘We ask that everyone please respect the family’s privacy during this very difficult time.

‘Olivia has been a symbol of triumphs and hope for over 30 years sharing her journey with breast cancer.

‘Her healing inspiration and pioneering experience with plant medicine continues with the Olivia Newton-John Foundation Fund, dedicated to researching plant medicine and cancer.’ 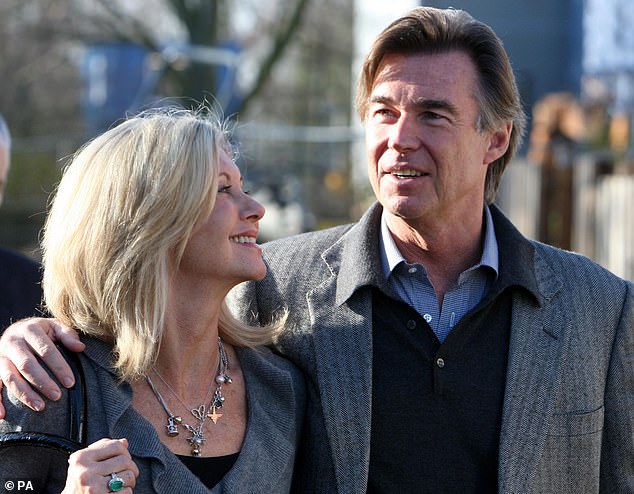 Newton-John and Easterling met while on a ayahuasca retreat in Peru.

Newton-John’s daughter Chloe Lattanzi, 36, also shared a touching tribute to her mother on Instagram just three days ago, writing: ‘I worship this woman. My mother. My best friend.’

In 2020, Newtown-John told the Guardian she was sure she would survive the cancer a third time. 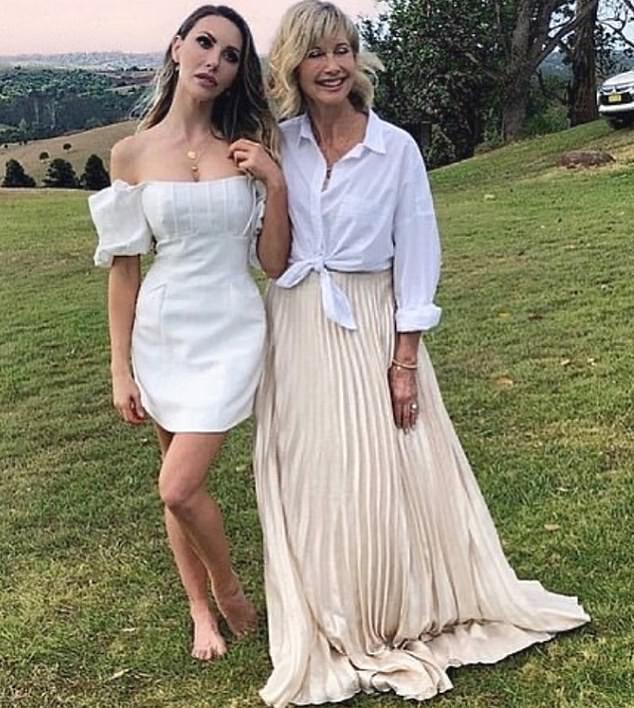 Newton-John’s daughter Chloe Lattanzi shared a photo with her mother just three days before her death, writing: ‘I worship this woman. My mother. My best friend’

‘I felt something was wrong. It’s concerning when it comes back, but I thought “I’ll get through it again”.’

When asked by other publications how she manages to face the disease, she said: ‘I’ve had and am having an amazing life so I have no complaints.

‘I really don’t. Everyone goes through something. We all have something we need to go through in life. This has been my challenge.’

One of the star’s first high-profile friends to pay tribute was her Grease co-star John Travolta. 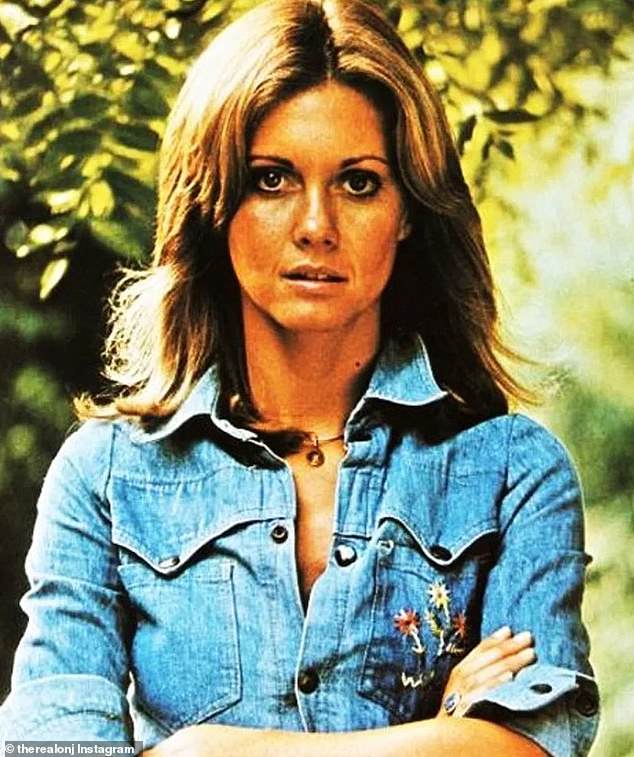 Grease co-star John Travolta was among the first to pay tribute to Newton-John writing: ‘your Danny, your John’ under a photo (above) of the star

‘My dearest Olivia, you made all of our lives so much better. Your impact was incredible. I love you so much. We will see you down the road and we will all be together again,’ he captioned an Instagram post alongside a photo of Newton-John.

‘Yours from the first moment I saw you and forever! Your Danny, your John!’

The star’s heartbroken fans covered Newton-John’s star on the Hollywood Walk of Fame with flowers and photos following the news of her death.