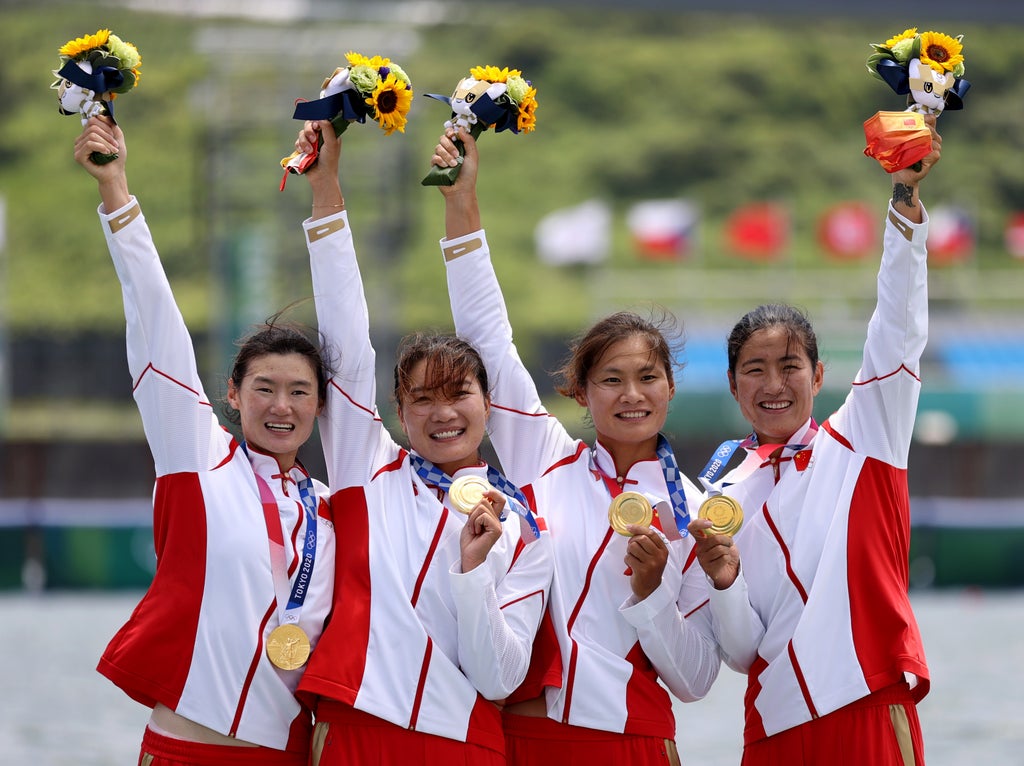 China lead the medal table at the Tokyo Olympics at the end of day 11 of the Games.

The nation has 32 gold medals so far, putting them eight clear of the second-placed United States.

Australia are fourth in the standings with 14 golds – one clear of the Russian Olympic Committee and Great Britain.

On Tuesday, Jason Kenny became the most successful British Olympian of all time as he won silver in the men’s team pursuit in the Izu Velodrome, taking him to eight medals overall. Wife Laura Kenny, meanwhile, took silver in the women’s team pursuit. Elsewhere, there was more silver as 19-year-old Keely Hodgkinson came second in the women’s 800m final and Pat McCormack lost his welterweight boxing final on points. Two sailing golds marked the highlight of the day for the Britons, with 49er and Finn triumphs. Adam Gemili suffered a sad fate as he pulled up injured in the men’s 200m heats.