One dead, mother-to-be loses baby and 22 people hospitalized after Listeria outbreak in Florida

One dead, mother-to-be loses baby and 22 people hospitalized after Listeria outbreak in Florida

A person has died and a mother-to-be has lost her baby after catching Listeria while in Florida, the CDC revealed Thursday.

A total of 23 patients have been hospitalized so far across a total of ten states, including another four other pregnant women.

The Centers for Disease Control and Prevention (CDC) said all cases are tied to people that either live in or have recently traveled to Florida. The death was in an Illinois resident.

It is not clear what has sparked the outbreak, or whether it is linked to a ‘specific’ food item.

The cases come just a week after Florida also reported a ‘historic’ outbreak of meningococcal disease among gay and bisexual men, where a type of bacteria spread through saliva secretions infects a person’s brain or spinal cord. 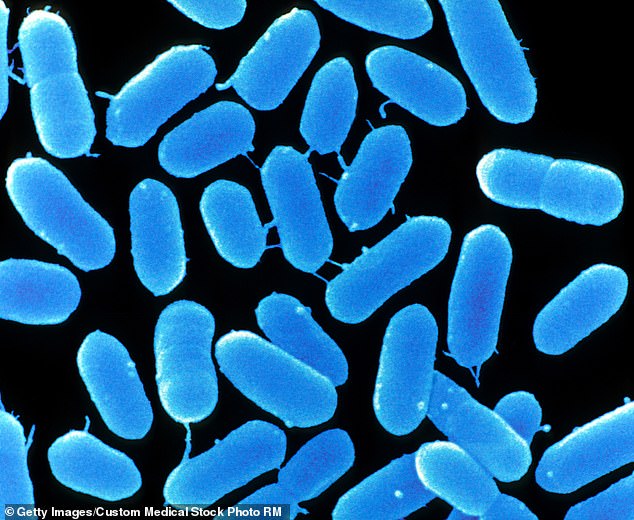 Nearly all of the 23 patients have been hospitalized so far across a total of ten states, including another four expectant mothers (file photo)

WHAT IT IS, THE RISKS, AND HOW TO AVOID IT

WHO IS SUSCEPTIBLE … AND THE SYMPTOMS

HOW TO AVOID IT

Listeria is a bacteria that can cause severe illness, especially among pregnant women who are up to ten times more at risk than the general population.

The disease is normally picked up from eating food that has been contaminated — such as raw vegetables, meat and unpasteurized milk — with the microbes.

But in rare cases  it can also be picked up from close contact with farm animals.

Patients who have Listeria in their intestines can suffer diarrhea and vomiting, with symptoms beginning within 24 hours of catching it.

But in cases where the bacteria spreads to the rest of the body it can trigger a fever, muscle aches, fatigue and headaches.

Up to a third of infected people die from the disease, the CDC says, with older people and those with a weakened immune system also at higher risk.

About 1,600 Americans are diagnosed with the disease every year, and of this number 260 die from the illness.

Revealing the outbreak, the CDC said it was advising people at high risk and to have symptoms of a Listeria infection to contact their healthcare provider.

It said this particularly applied to anyone who had ‘recently traveled to Florida’.

The agency did not say when the cases were detected, or name the ten states that the patients are based in.

They also did not say where in Florida the patients had traveled to.

Florida is also facing a ‘historic’ outbreak of the meningococcal disease — sparked by a bacteria — with 24 people infected so far.

The CDC has described it as ‘one of the worst outbreaks of the disease among gay and bisexual men in U.S. history’.

It has sparked concerns in medical circles because about one in seven people who catch the disease will die from it.

Another one in five could be left with permanent disabilities such as deafness, brain damage, loss of limbs or seizures.

Experts said the outbreak had been sparked by people being in close contact with each other and sharing saliva.

Florida is currently rolling out vaccines against the disease to gay and bisexual men to stem the tide of cases.

It also has not revealed where in the state these were detected.

Dr Jose Romero, the director of the National Center for Immunization and Respiratory Diseases, said: ‘Getting vaccinated against meningococcal disease is the best way to prevent this serious illness, which can quickly become deadly.

‘Because of the outbreak in Florida, and the number of Pride events being held across the state in coming weeks, it is important that gay and bisexual men who live in Florida get vaccinated, and those traveling to Florida talk to their healthcare provider about getting a vaccine.’