Oti Mabuse has enlisted the help of pal Dermot O’Leary to give her some tips after she was signed up as the host of new musical matchmaking show Romeo & Duet.

The former Strictly Come Dancing star, 31, was announced last month as the presenter for the new ITV series which will see singletons stand on a balcony as they are serenaded by potential love matches.

And broadcaster Dermot, 48, who presents on This Morning and has fronted shows such as The X Factor and Big Brother’s Little Brother, is calling on his wealth of experience in front of the camera to help Oti, with a source telling The Sun: ‘Oti and Dermot have struck up a great friendship. 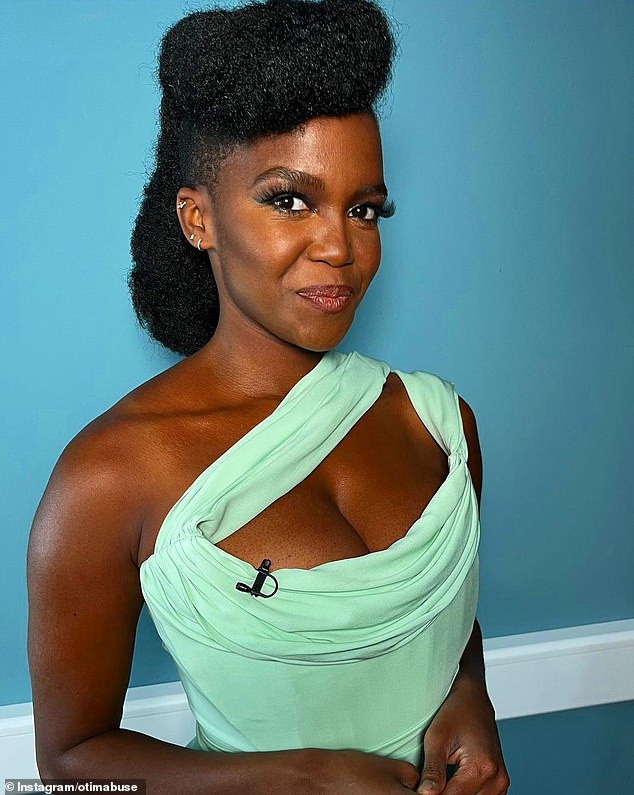 Famous friends: Oti Mabuse, 31, has enlisted the help of Dermot O’Leary, 48, to give her some tips after she was signed up as the host of new musical matchmaking show Romeo & Duet

‘He’s always keen to help out aspiring presenters and has been given Oti some vital pointers. All of which have been greatly received.

‘It’s given her the perfect boost ahead of her debut hosting gig.’

Romeo & Duet went into production in January and will air on ITV and ITV Hub later this year. 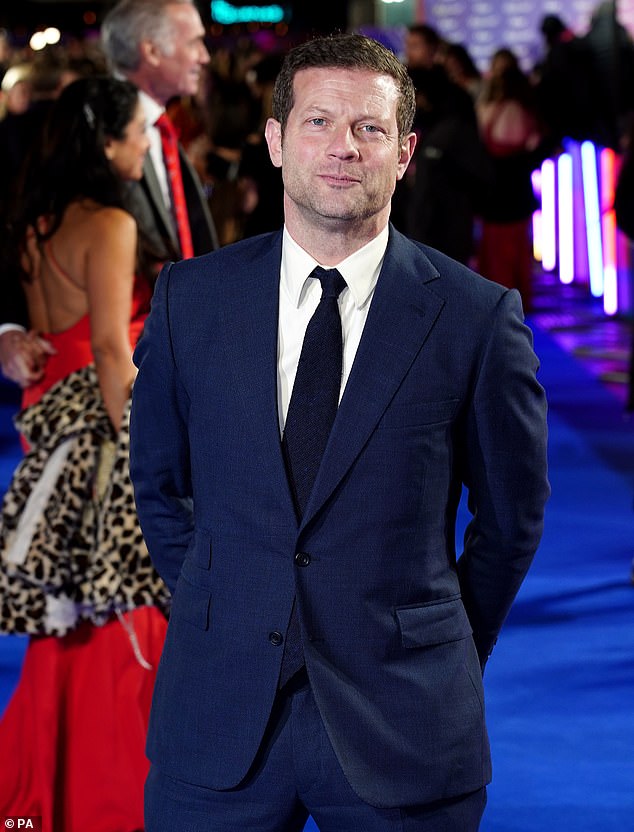 Helping hand: Broadcaster Dermot is calling on his wealth of experience in front of the camera to help Oti for her new job

Singletons appearing on the show will be able to hear the dulcet tones of their possible partners but will not be able to see them, with the singers given one song to entice the contestant down from the balcony so they can meet face-to-face.

Any pairs will head off on a duet-date to learn a song to perform together in an ultimate romantic love battle against the other couples, with one duo being crowned the winners.

Oti said of the show: ‘I’m so excited to be part of Romeo & Duet. It’s always been a dream of mine to host so this is a real pinch me moment, and it’s a blessing for me to finally be able to share this news. I honestly can’t wait to get started! 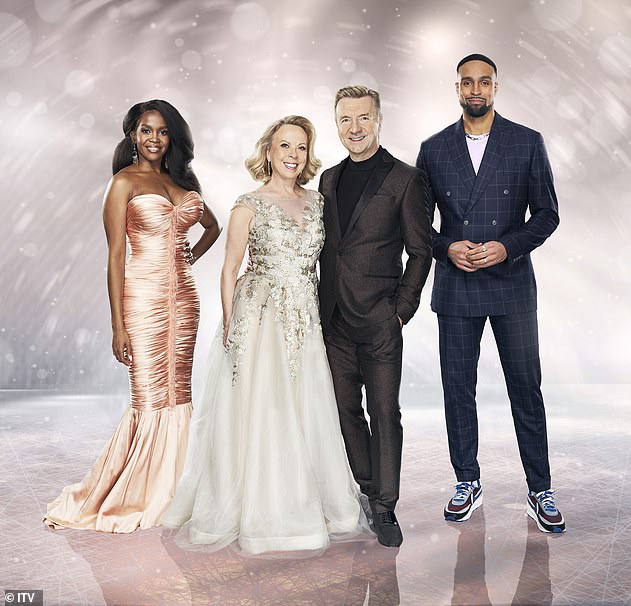 ‘It’s about love with a little bit of a twist and showcase of talent, it’s fresh and fun, and I hope everyone’s going to love it as much as I do.’

Oti is currently appearing as a judge on Dancing On Ice alongside Ashley Banjo, 33, Jayne Torvill. 64, and Christopher Dean, 63.

It comes after Oti revealed she received ‘abusive’ messages during her seven year stint Strictly. 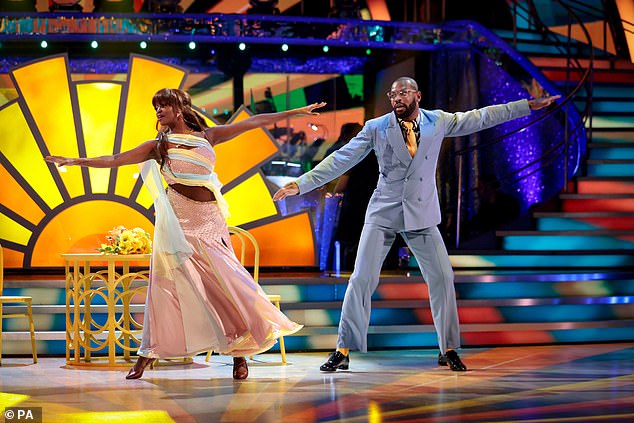 Difficulties: It comes after Oti revealed she received ‘abusive’ messages during her seven year stint Strictly (pictured on the 2021 series of Strictly with partner Ugo Monye)

In a candid piece about her career, the star wrote that she has been ‘fat-shamed’ and faced racist comments during her TV career.

The professional dancer added that while she understands the awful views of some do not represent the majority of viewers, she noted: ‘I’ve tried for so long to think about it this way.’

Writing for the Radio Times, Oti said: ‘I’ve faced some backlash while performing on the show. I’ve never really spoken about it.’

‘I’ve tried for so long to think about it this way: I work on a show that ten million people love; if ten or 100 people aren’t nice to me, that is not representative of everyone else’s view.

‘It’s taken years for me to get that into my head. To get tweeted or receive a message in my inbox being racially abusive, or fat-shaming me, is horrible. But it’s written by a person who can’t even face themselves in the mirror.’ 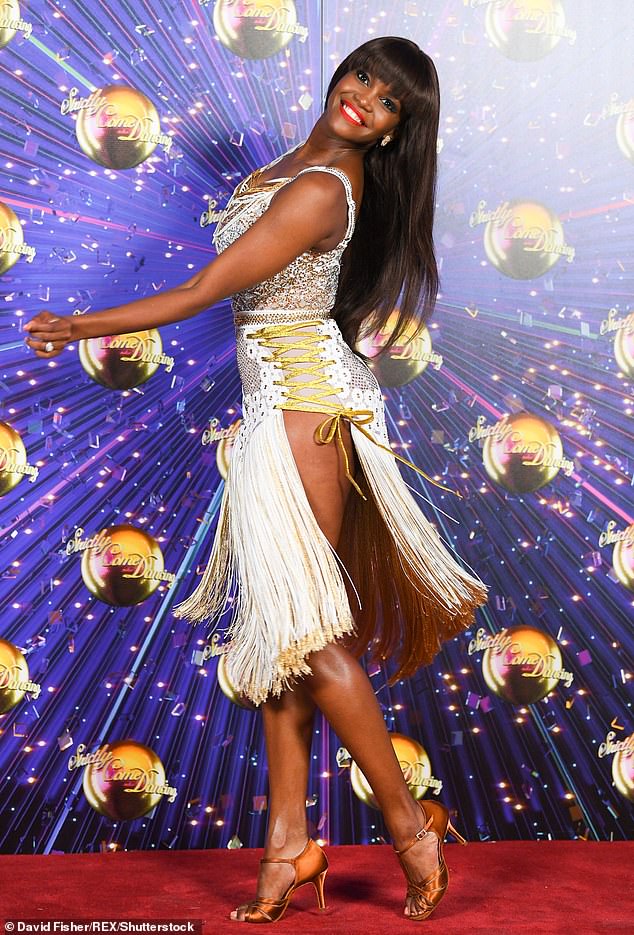 Staying strong: The Dancing On Ice judge explained she understands the awful views of some do not represent the majority of viewers

The Masked Dancer: Steph McGovern is unveiled as Tomato Sauce and David Seamen as Pillar and Post