Pakistani man, 64, needs 18cm-long electrical wire pulled out of his penis after it got stuck during DIY attempt to help him urinate

A man needed a piece of electrical wire pulled out of his penis after a DIY attempt to cure his urinating problems went dramatically wrong.

The 64-year-old, from Pakistan, had shoved the 18cm-long wire into his urethra but it got stuck.

He told surgeons at Karachi’s Abbasi Shaheed Hospital, who treated him, that he had inserted the object to help him urinate.

The man, who wasn’t named, told them he had suffered pain and difficulty urinating for two months prior to shoving the wire inside himself.

Writing in the journal Urology Case Reports, doctors said they could physically feel the wire inside his penis when touching it.

An X-ray revealed the wire had extended all the way up the man’s urethra to reach his bladder.

Surgeons originally planned to insert a camera into the man’s urethra to inspect the wire.

However, they could see it upon spreading his meatus — the hole that urine passes through.

Doctors then pulled out the object out by hand using forceps. 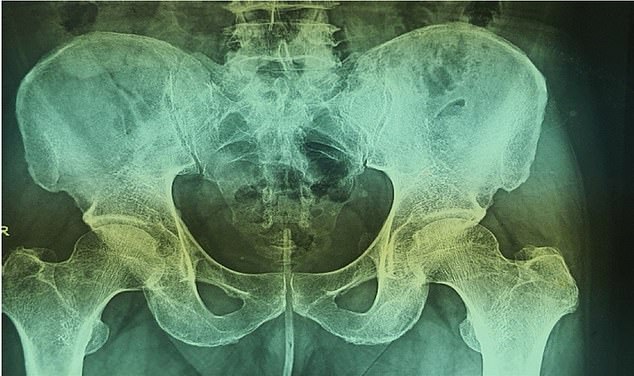 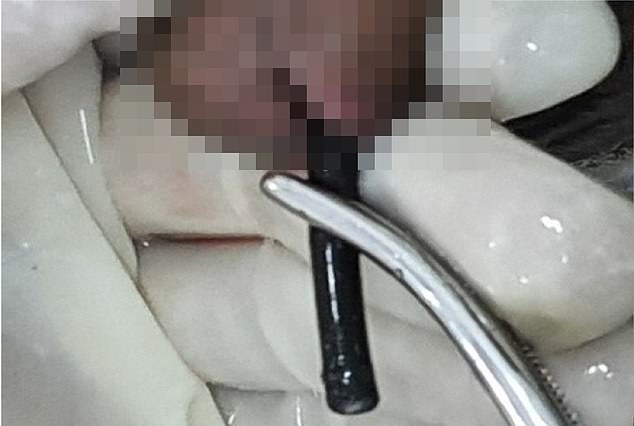 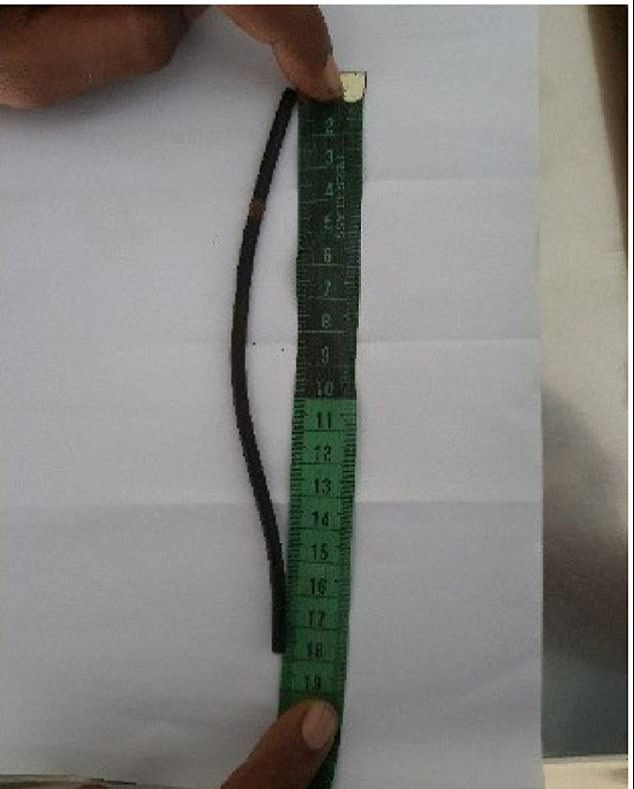 Here is a picture of the 18 cam (seven inch) wire post extraction, the man reportedly suffered no immediate complications from having it removed

Medics reported the patient had no immediate complications from having the wire removed, such as bleeding or injury.

In their medical report, the authors said inserting objects inside the penis — known as sounding — was usually done for self-therapeutic purposes.

Insertion can cause infections, bleeding and stricture formation, a narrowing of the urethra which restricts the flow of urine.

If an object gets stuck it can cause more problems, ranging from a burning sensation, an inability to urinate and erection problems.

More serious complications, such as a hole appearing in the bladder, and scarring of the tube that carries urine out of the body, can require major reconstructive surgery.

The authors did not say if the man in the most recent case had any previous history of inserting objects into his penis, or if this was a one-time occurrence.

They also did not say exactly when this occurred, nor explain exactly why the man struggled urinating to begin with.

However, they said the man was sexually inactive for three years.

Patients who have a object stuck inside their penis are usually hesitant to contact a doctor due to feelings of guilt or embarrassment.

What is sounding? And why can it be dangerous?

Sounding is when men insert items into the opening of the penis to enhance their sexual pleasure.

It usually involves specially designed tools made from glass or metal.

Doctors at clinic International Andrology London said there has been a ‘dramatic increase’ in the number of men having urethral problems due to sounding as men ‘look to expand their sexual activities and enhance their sexual experiences’.

Men interested in the practice should understand the risks and purchase equipment from reputable businesses and ensure they do it hygienically.

But they warned the practice can damage the sensitive tissue in the urethral pathway, which releases urine and sperm.

It can also lead to a lack of bladder control and infection.

And the penis and urethra may even require surgery or implants to rebuild sensitive tissue.