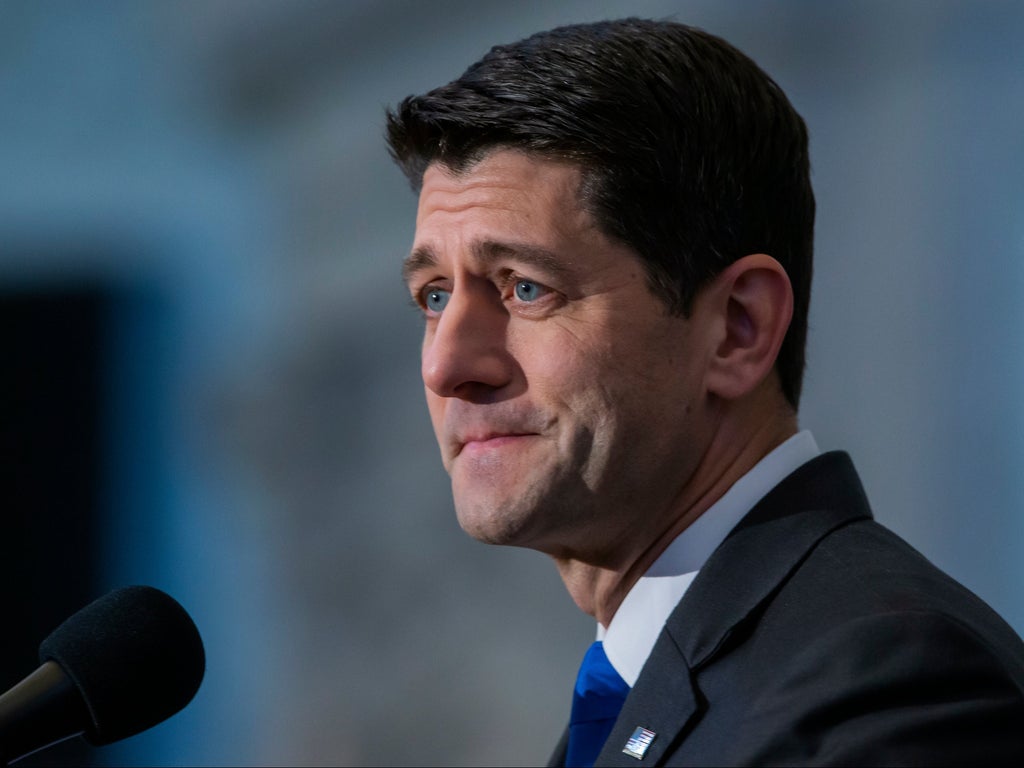 Mr Ryan, according to Peril, a book by Watergate reporter Bob Woodward and his Washington Post colleague Robert Costa, was alarmed by the TV personality’s rise to the Republican Party nomination in 2016.

As reported by Business Insider, which obtained a copy of the book, Mr Ryan began researching how to deal with someone who is “amoral and transactional” after Mr Trump’s win against Democratic nominee Hillary Clinton, who had been tipped to win 2016’s contest.

As the Republican leader of the House, Mr Ryan reportedly braced himself for working with Mr Trump after that election because the party took control of the House and the Senate, in addition to the White House.

Woodward and Costa write that Mr Ryan read articles about narcissistic personality disorder (NPD) for “weeks” because he was “convinced Trump had the personality disorder”, and also sought advice from a Republican donor on how to handle the incoming president.

The donor, who was also a wealthy doctor from New York, allegedly told Mr Ryan that “You need to understand what narcissistic personality disorder is”, and emailed him with his “thoughts on how to best deal with a person with anti-social personality disorder”.

The email, Woodward and Costa reportedly wrote, also included links to articles about NPD in The New England Journal of Medicine, and information from the International Statistical Classification of Diseases and Related Health Problems, 10th edition.

The US National Library of Medicine describes NPD as being “characterised by a persistent pattern of grandiosity, fantasies of unlimited power or importance, and the need for admiration or special treatment.”

Mr Ryan eventually fell out with the former president for sympathising with white supremacists who held a deadly riot in Charlottesville, Virginia.

Mr Trump, according to the authors of Peril, told Mr Ryan that he could not “backstab the people who support me”, before admitting that “there’s some bad people”, reported The Hill. The House speaker, before the encounter, had tweeted that “white supremacy is repulsive”.

The book, which is published on 21 September, has also alleged that Mr Trump’s Joint Chiefs of Staff Mark Milley assured China that Washington would not launch an attack on Beijing, and that the former president complained that his vice president, Mike Pence, would not be his “friend anymore” if he did not overturn 2020’s election.

How does Formula 1 move cars between races?