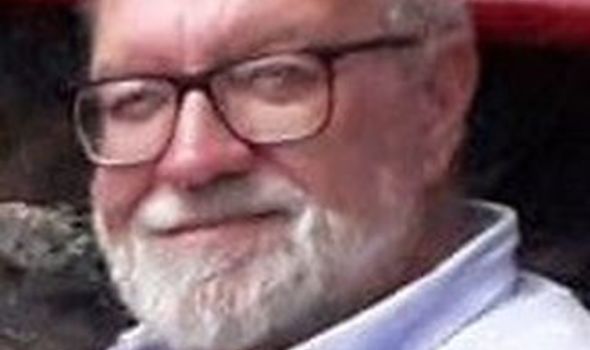 Retired lecturer, Gerald Corrigan, 74, lost £220,000 to a man he had befriended in 2015. Mr Corrigan was defrauded out of his pension fund by Richard Wyn Lewis, 50, jurors at Mold Crown Court were told. The prosecution accuse Mr Lewis of being a fraudster who took the money from Mr Corrigan.

Pensioner: The man was killed with a crossbow in 2019 (Image: GETTY)

Mr Corrigan is said to have believed it was being used to buy horses, land and to fund property developments.

Just days before his death, Mr Corrigan handed £200 to his trusted friend and allegedly told him “there is no more money”.

Prior to his death, Mr Corrigan and his partner, Marie Bailey, 67, befriended Mr Lewis whom they regarded as a good and trusted friend.

The prosecution claimed the accused informed Mr Corrigan he could make money from selling his home.

Mr Lewis then put him in contact with a potential buyer, who claimed he had worked in planning, the court was told.

Mr Corrigan spoke to the buyer and another man known as ‘David’ but police later found the numbers were registered to his friend, Mr Lewis.

However, no plan or property were bought with the cash.

Pensioner: The man was killed on the island of Anglesey (Image: Google Maps )

Ms Bailey also paid £7,000 from her savings to purchase a horse which she has never met or even seen.

Peter Rouch QC, prosecuting, said: “There was no such potential development.

“It was a figment. A figment thought up by Mr Lewis.

“The whole thing was a sham, a complete con, which cost Gerry Corrigan and Marie Bailey many thousands of pounds.”

Mr Rouch also said that the reasons for Mr Corrigan’s murder had nothing to do with this trial.

Terence Whall, 39, of Bryngwran, Anglesey, was found guilty of the murder of Mr Corrigan by Mold Crown Court in 2020.

She believed the money was going towards purchasing a former school in Llanddona, Anglesey.

Mr Rouch QC added: “She said by the end she and Mr Corrigan were virtually cleaned out of all available cash.

“About two days before Mr Corrigan was shot with a crossbow, Mr Corrigan gave Mr Lewis £200 in cash which was all he could afford.

“He apparently told Mr Lewis at the time ‘there is no more money’.”

Mr Corrigan was later killed by a crossbow at his home in Anglesey in April 2019, but that is not related to this trial.

Mr Lewis, from Llanfair-yn-Neubwll, Anglesey, denies 11 counts of fraud and one count of intending to pervert the course of justice.

His partner Ms Maclean, 52, also denies the charges against her.