Verdict: The future of history

Games are everywhere. On telly screens, in your hands — and, it turns out, amidst the salty environs of the Historic Dockyard in Portsmouth.

That’s where the Mary Rose, once the pride of Henry VIII’s navy, has found its final berth. This grand old craft was brought up from the seabed 40 years ago this October, having been sunk during an engagement with l’ancien ennemi in the 1500s. Its remains are preserved in one of the most extraordinary museums in the country.

The dockyard is also where a game has been launched to — almost literally — bring the Mary Rose to life. It’s called Time Detectives: The Mystery Of The Mary Rose and it’s an AR, or augmented reality, title. Thanks to a special app, you can wave your phone around and see characters from history as though they are stood right next to you. 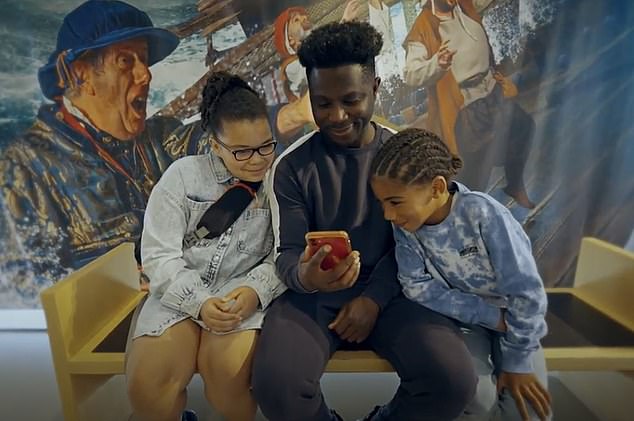 As an experience it’s exquisite. Those smells! The way artefacts are put within your (digital) reach! It’s meant for children, but it will be wowing for adults, too 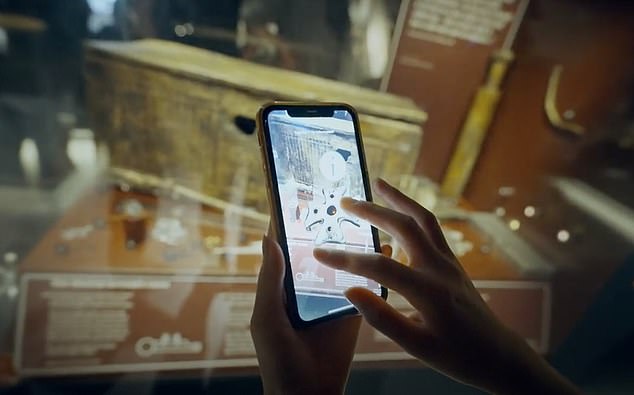 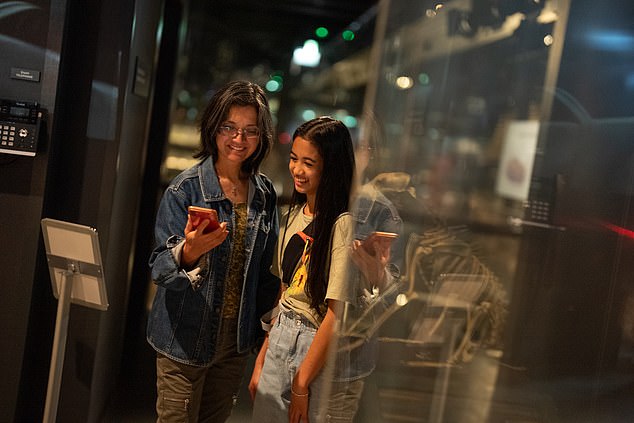 This app can be used anywhere — even in (bah!) France — but it really shines inside the Mary Rose Museum. I was treated to a preview a few weeks ago, and it wasn’t just sights and sounds but also smells. A backpack squirts the aroma of gunpowder or beer into your nostrils as you hunt for clues.

In truth, there’s not much gameplay here: actors in britches play out their scenes, and you’re to guess what actually happened to the Mary Rose at the end. But as an experience it’s exquisite. Those smells! The way artefacts are put within your (digital) reach! It’s meant for children, but it will be wowing for adults, too.

So, as the tourist board might put it, consider a trip to Portsmouth during these summer hols. To see our past. And the future.

It’s Christmas in July! Except, ah, sorry, it’s August. Whatever. The point is that, for a certain sort of person, Christmas has arrived early this year — or at least the perfect Christmas gift has.

The sort of person? Gamers who get all pixel-eyed at the thought of blocky, bleepy-bloopy consoles from the 1980s.

The gift? A new Lego, recreation of the original Atari 2600 console from over 40 years ago. Actually, I shouldn’t say ‘original’. This is technically the updated version of the console from 1980, with four front switches, known at the time as the Atari VCS. The people whom this Lego set is aimed at — people like me — care about such things.

And, yes, this set is aimed at people like me — rather than, say, children. It’s expensive. It’s nostalgic. And, while practically anyone with the patience for a 200-page instruction book will be fine, it’s certainly trickier than the Lego sets released at the time of the actual Atari 2600. 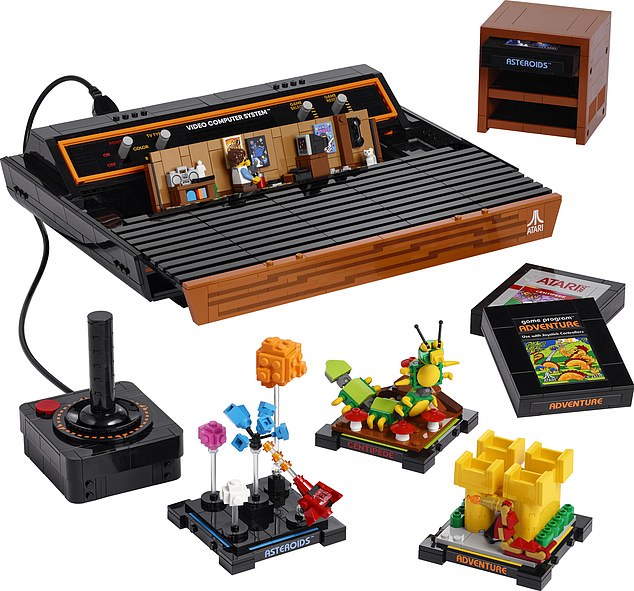 There’s just something solid and handsome about the 2600 — or VCS, if you’d prefer, with its woodgrain frontage — that this set captures perfectly 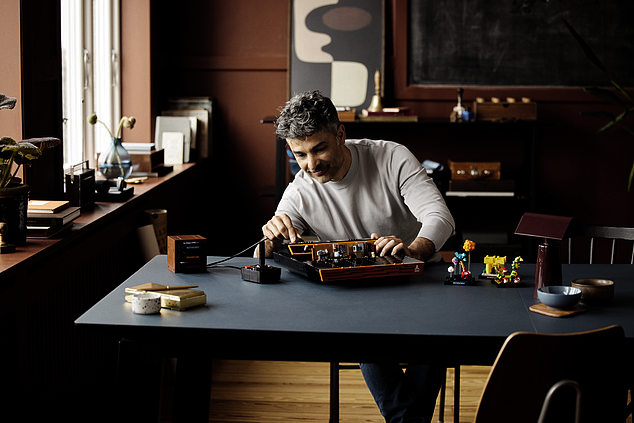 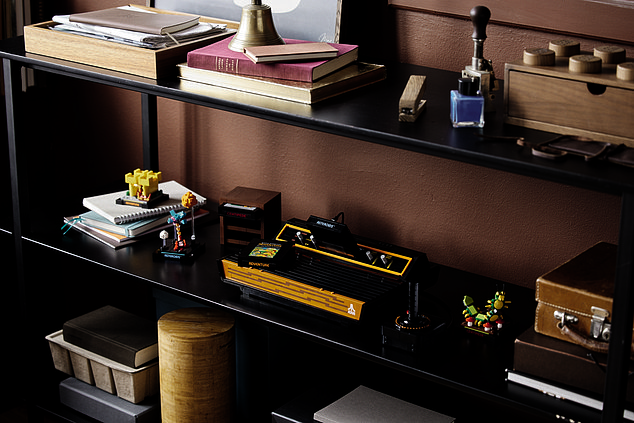 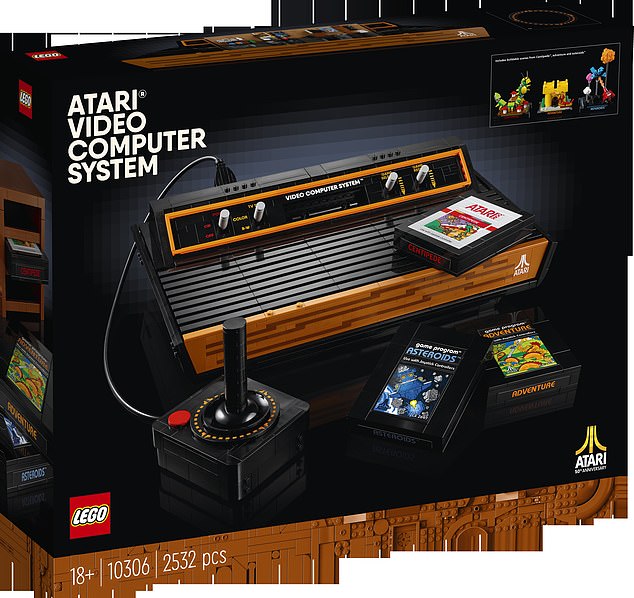 Lego has recently been making a lot more of — and, presumably, a whole heap of Danish kroner from — these adult collector sets. A couple of years ago, they did a similar release for the classic Nintendo Entertainment System. That included a retro TV as well, with a scrolling version of Super Mario Bros. on its screen, all made out of plastic bricks.

This Atari 2600 isn’t quite so ambitious, though it does come with some extra features: a trio of game cartridges, for example; and a hidden panel that reveals an 80s gaming room.

But, thanks in part to its relative simplicity, the Lego Atari ends up being more satisfying than the Lego NES. There’s just something solid and handsome about the 2600 — or VCS, if you’d prefer, with its woodgrain frontage — that this set captures perfectly. Putting it together felt less like an act of creation than of excavation, uncovering something wondrous from the dusty past.

And now, alas, it faces a dusty future on my shelves. Once they’re made, there’s little that can be done with these beautiful Lego sets other than display them — and wish that you had a real 2600 to play with. Perhaps if I just head over to eBay…