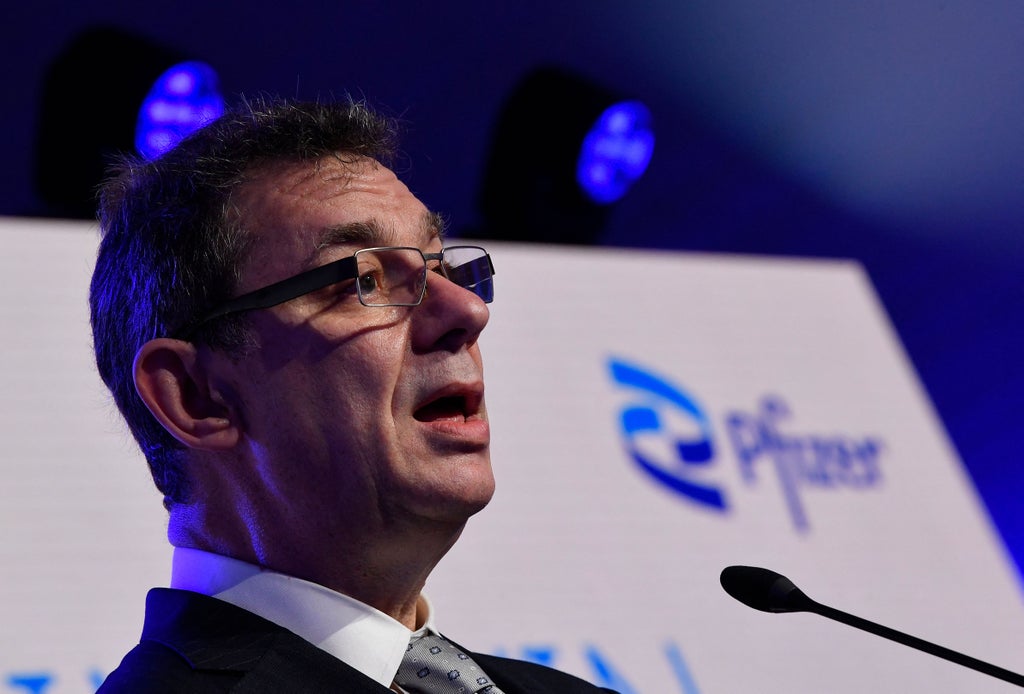 Pfizer’s CEO Albert Bourla said the company believes that it could be ready to counter a vaccine-resistant variant of Covid-19 within three months, should one arise.

The CEO made the statement on Tuesday during a Fox News segment.

“Every time that the variant appears in the world, our scientists are getting their hands around it,” Mr Bourla said during the segment. “They are researching to see if this variant can escape the protection of our vaccine. We haven’t identified any yet but we believe that it is likely that one day, one of them will emerge.”

The company spokesman said he anticipates a vaccine-resistant variant, but stressed that if more Americans take the shot, the chances of such a mutation occurring will decrease.

Around 52 per cent of Americans are currently fully vaccinated, according to the CDC, and approximately 61 per cent have taken at least one dose of the vaccine.

The Pfizer shot was given full approval by the US Food and Drug Administration on Monday, ending a much-repeated complaint among anti-vaxxers that the shots had not been fully approved.

The approval of the Pfizer shot also paves the way for employers and businesses to enact vaccine mandates for employees and customers.

During an appearance on the TODAY Show, Dr Anthony Fauci, the director of the National Institute of Allergy and Infectious Disease, said that a survey suggested that 30 per cent of those hesitant to take the vaccine would consider taking the shot now that it has been given full approval.

He also noted that mandates were more likely to occur with full approval in place.

“The second element is … that there will now be much more enthusiasm in mandating vaccines, be they in corporations and places of employment, universities, colleges, the military – all of that I believe will contribute greatly to the number of people vaccinated,” he said.

However, Pfizer’s CEO said the company’s focus now was not convincing the unvaccinated to change their minds, but to increase the vaccine supply to help meet global demand.

Poland refuses to talk climate as furious EU row erupts: 'It should be on our terms!'