‘The best day with this gorgeous human!’ Phillip Schofield, 60, reunites with his Going Live! co-star Sarah Greene, 64 – 35 YEARS after they first hosted the iconic show

Phillip Schofield enjoyed a surprise reunion with his Going Live! co-star Sarah Greene in a snap he shared on Instagram on Tuesday.

The presenter, 60, shared a beaming selfie with his longtime pal, 64, 35 years after they first joined forces for the iconic children’s series.

Phillip and Sarah first presenter Going Live! together in 1987, and had previously reunited in 2017 when she stepped in for Holly Willoughby as host of This Morning. 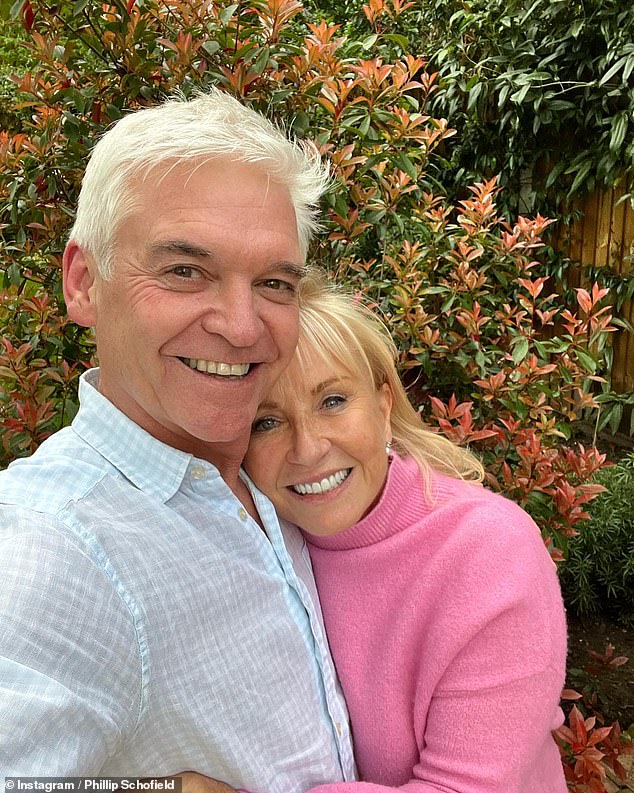 Back together! Phillip Schofield enjoyed a surprise reunion with his Going Live! co-star Sarah Greene in a snap he shared on Instagram on Tuesday

In the snap, Sarah could be seen embracing longtime pal Phillip as they relaxed in the garden together.

The This Morning frontman captioned his post: ‘The best day, chats and hugs with this gorgeous human, love ya Sarah Greene.’

Sarah and Phillip spent six years hosting Going Live! together from 1987 to 1993 on BBC, with the presenter meeting her eventual husband Mike Smith on the show.

She was married to BBC’s Breakfast Time host Mike from 1989 until his tragic death aged 59 from complications after heart surgery in 2014.

Close bond: The presenter shared a beaming selfie with his longtime pal 35 years after they first joined forces for the iconic children’s series 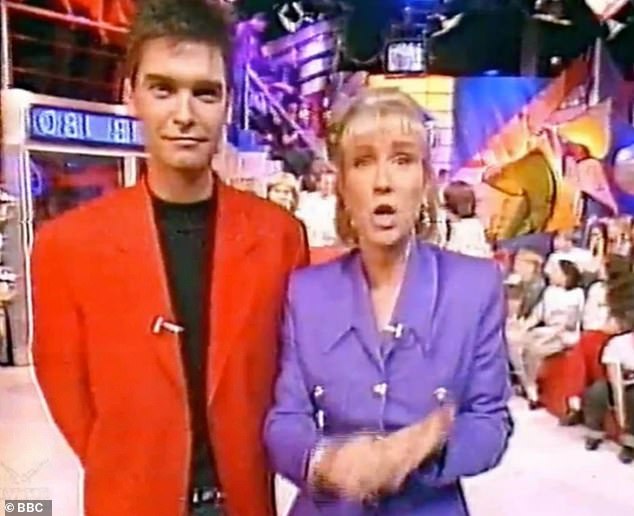 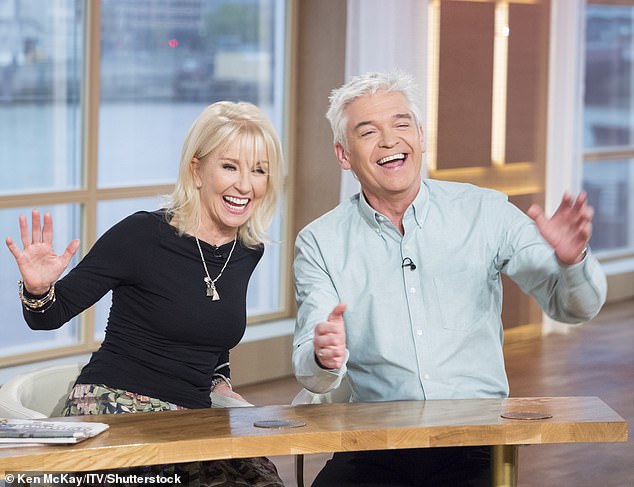 Blast from the past! In 2017, Phillip and Sarah reunited to co-host This Morning, after his regularly presenting partner Holly Willoughby was forced to call in sick

Earlier this year Sarah has revealed she is in a relationship with a good friend of her late husband Mike and believes he ‘pulled the strings’ to make the romance blossom.

Sarah told the My Time Capsule podcast: ‘I sort of know Mike is pulling so many strings in my life.

‘He has undoubtedly been responsible for me meeting my beloved who was one of his oldest friends, who waited a certain amount of time but did keep leaving messages on the answering machine. I thought he was just being kind.

‘Then I got a message almost saying ‘for God’s sake, Greeno, Robb is trying to make contact with you because he actually wants to take you out, not because he’s kind. So will you just get off your a**e and go and answer the phone next time it rings!’ 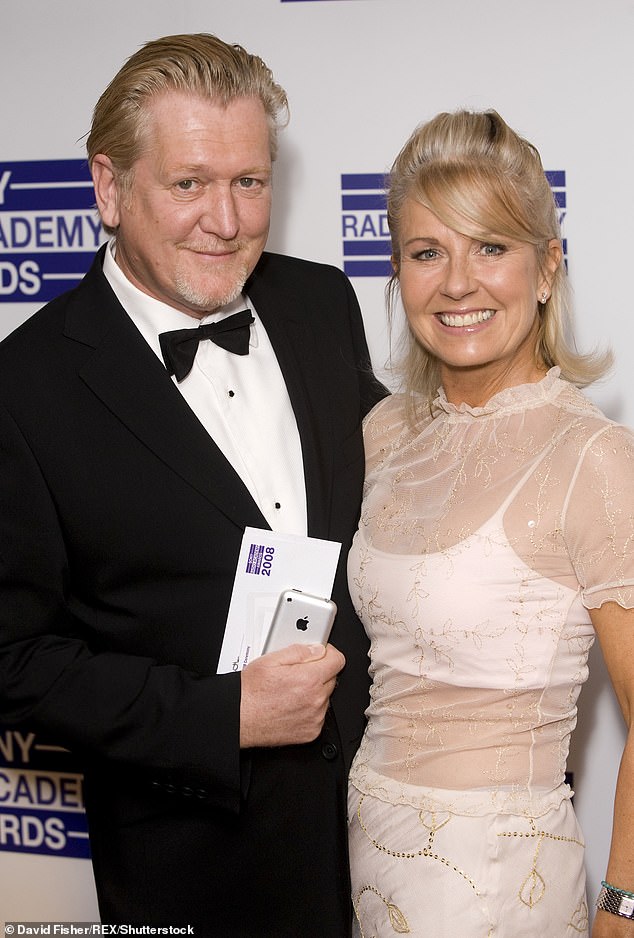 Past: Sarah, known for hosting Blue Peter and Saturday Superstore, was married to BBC TV’s Breakfast Time host Mike from 1989 until his death aged 59 in 2014 (pictured 2008)

‘And lo and behold, a whole new conversation started. I’m sure, and Robb is very sure too, because it’s a very strange situation.

‘I remember being terribly worried and saying to this dear man who I’d known for all these years ‘isn’t it strange coming into the house and seeing all these pictures everywhere of Mike?’

‘He said ‘No, no, it’s not strange. It’d be strange if they weren’t there. And remember, I love him too.”

Mike and Robb headed up the Trakstar team that won the British Touring Car Championship in 1990.

Sarah and Robb are involved in land transportation firm Z Charge, which was set up last year, according to Companies House. 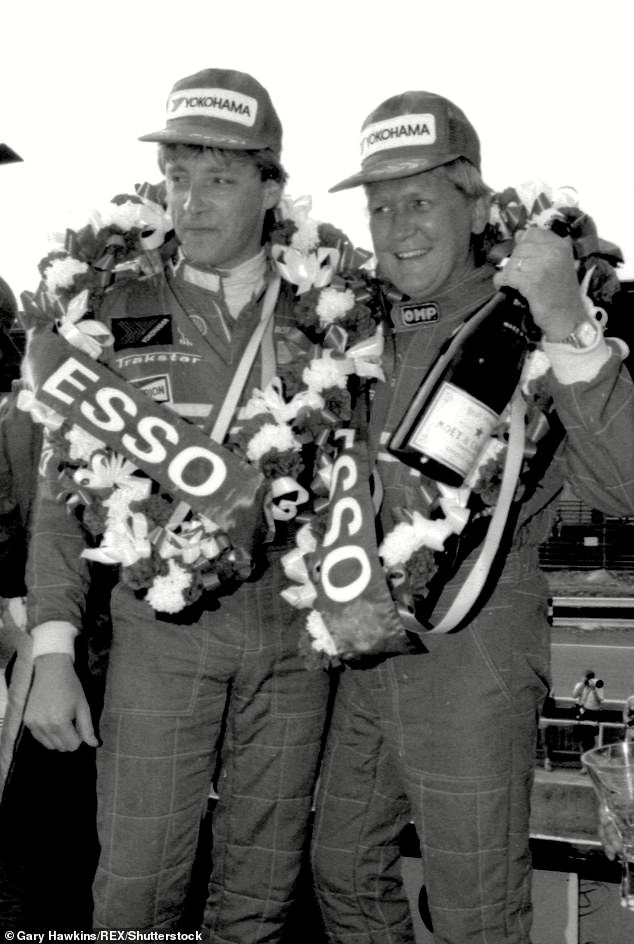