Phoebe Dynevor looked effortlessly stylish on Thursday evening as she attended a star-studded dinner by British Vogue and Louis Vuitton in London, following a succesful Paris fashion show from the brand.

The Bridgerton beauty showed off her toned torso while donning a structure metallic crop top, with two cross-over panels.

Also leading the stars at the event was supermodel Naomi Campbell, who opted for a statement jumper, while Gemma Chan looked gorgeous in a unique embellished minidress.

Phoebe teamed her unique crop top with a pair of open-toed heels and tailored black trousers, which featured a gold metal detail.

While she held onto a croc materialed mini handbag, which matched the crop top perfectly and retails for over £20,000 on the brand’s website.

The actress styled her newly dark locks in an up-do, leaving two, jaw-length sections of hair to fall alongside her fringe. 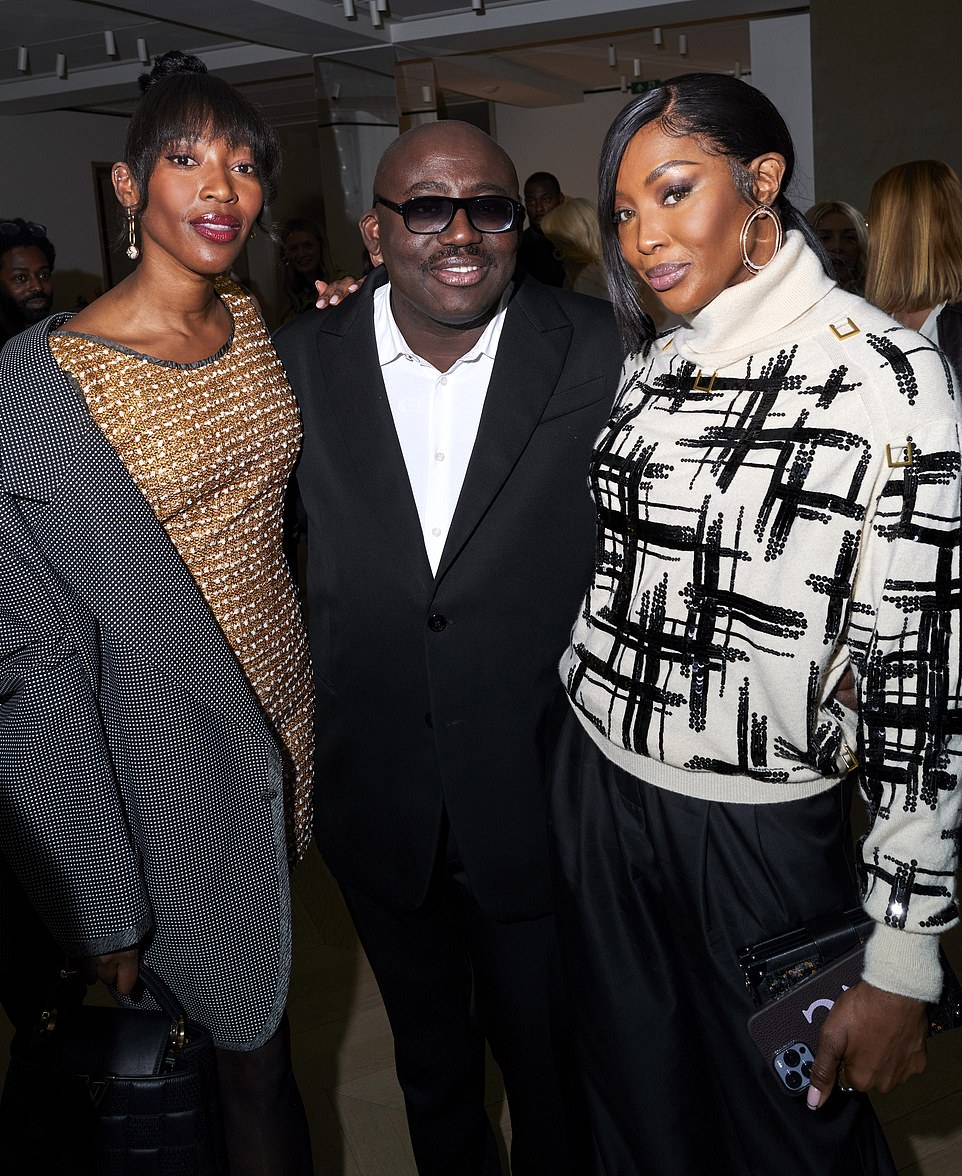 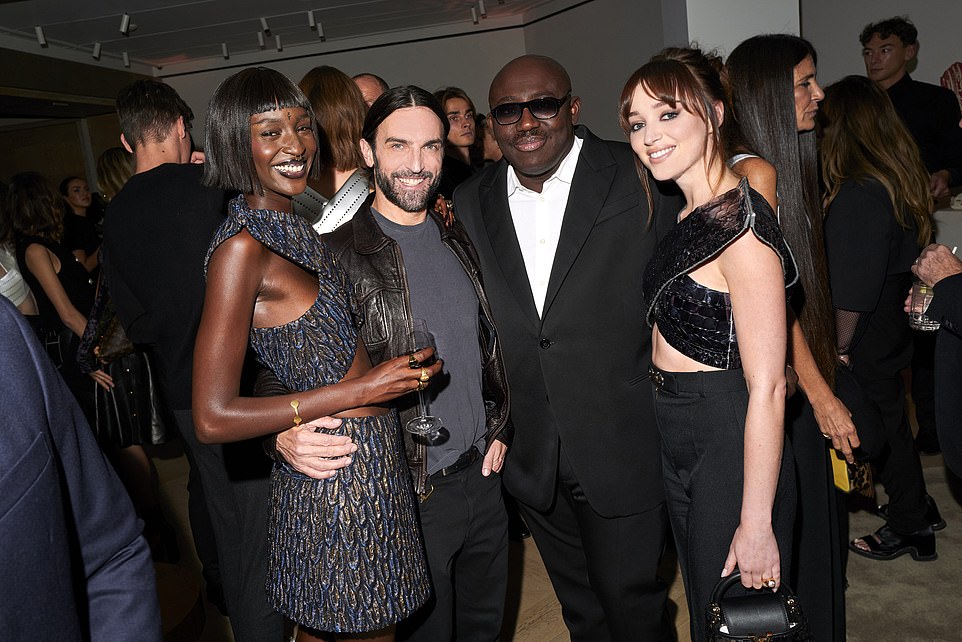 Triple threat: American rock band Haim, made up of sisters Este, Danielle, and Alana Haim, were also in attendance to the exclusive bash

She added a dark smokey eye makeup look with a very nude lip, subtly enhancing her fair complexion with the palette of makeup.

Meanwhile, Naomi showed off her style credentials as she opted for satin trousers with her turtleneck jumper – which featured a black crossed pattern.

She added a pair of chunky heeled boots to the look, clutching onto a glamorous, jewel emblazoned clutch bag.

Naomi pulled her dark locks into a sleek low ponytail, leaving a side bang out of the tied-away look as she added a glowing palette of makeup.

And completing the trio of style, actress Gemma turned heads in a knee-length number, decorated with small grey and yellow shape embellishings – with an added slit down the side.

The dress also featured a material underlayer, which was exposed at the neckline, as Gemma added a pair of pointed-toe heels to the look.

Her glossy tresses were left to fall in a gorgeous curl, as the star added a pink lip and winged eyeliner look.