Pink has announced that she will be headlining London’s BST Hyde Park Festival next summer, marking her first UK performance in four years.

The summer event previously saw hitmakers Adele and Duran Duran take to the stage earlier this year, and now pop megastar Pink is set to do the same in 2023.

The Grammy winner was last in the UK when she brought her ‘Beautiful Trauma World Tour’ across the pond in 2019. 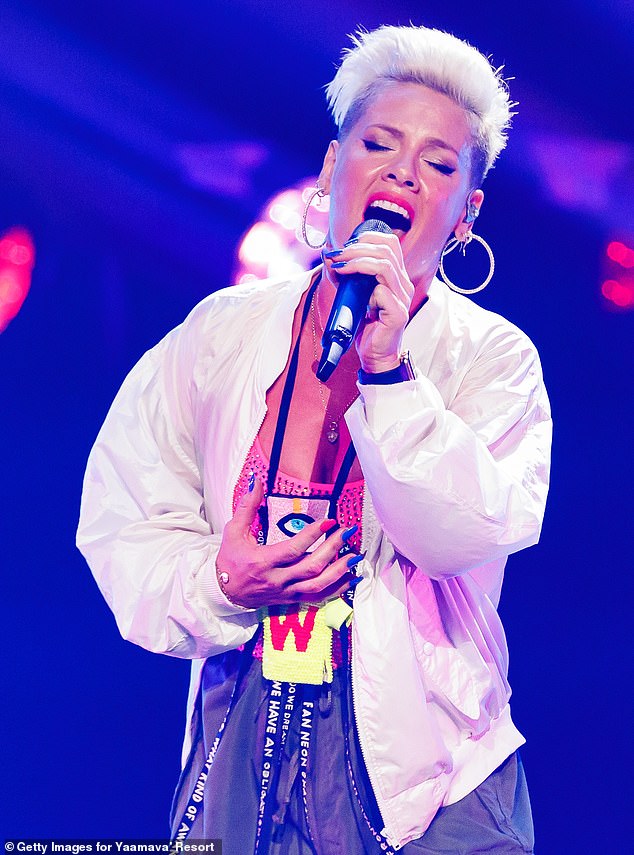 As part of her Summer Carnival 2023, the ‘So What’ hitmaker kicks off the run with two nights at the University of Bolton Stadium on June 7 and June 8, followed by a pair of gigs at Sunderland’s Stadium of Light on June 10 and June 11.

She will then play Birmingham’s Villa Park on June 14, before headlining American Express Presents BST Hyde Park in London on June 24.

She said of the news: ‘It’s been a long three years and I’ve missed live music so so much… So it’s finally time!

‘I am so excited to get back to the UK and Europe to sing, cry, sweat and make new memories with my friends. It’s going to be magical!’ 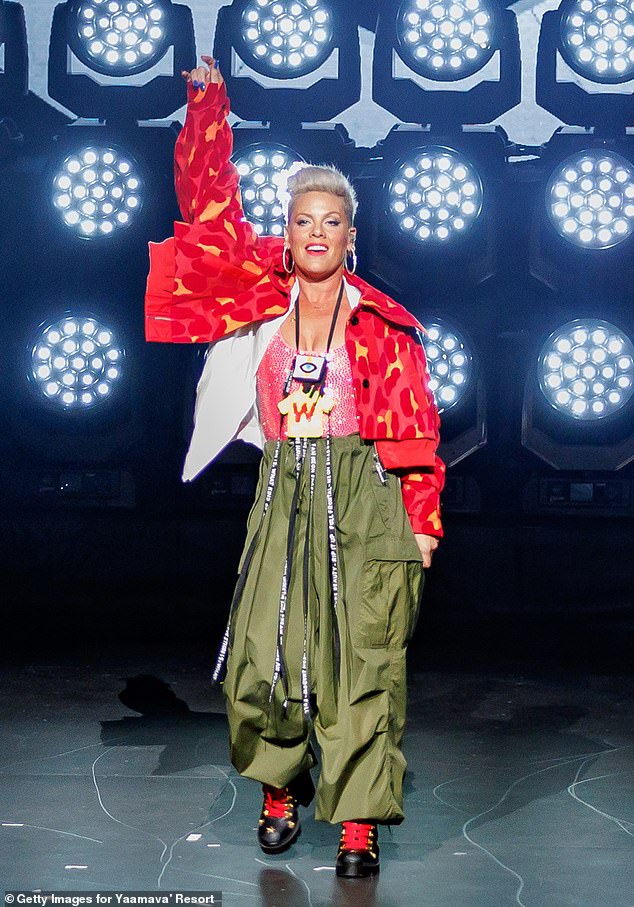 Performer: The hitmaker, who gushed she’s missed live performing ‘so so much’ will return to Europe for a series of shows next year (pictured last month)

Special guests will be announced in due course, and tickets for the six shows go on sale at 10am on October 14 via Ticketmaster.

Besides stopping by in Bolton, Sunderland, Birmingham, and London – Pink will also visit Werchter in Belgium, Landgraaf in the Netherlands and Paris, France for her European Summer Carnival.

This time last year, it was announced that Pink was the most-played female artist in the UK since the 21st century began, according to music licensing company PPL.

Behind the Just Give Me a Reason singer were songstresses like Madonna, Katy Perry, Rihanna, Beyonce and many more. 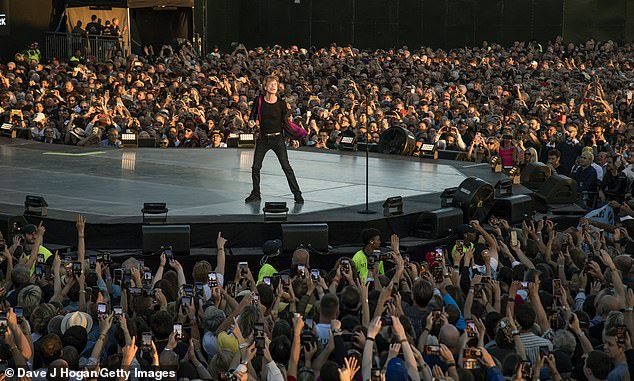 Iconic: This year, Adele, the Rolling Stones and Duran Duran performed on stage to thousands in the huge summertime show

Pink, whose real name is Alecia Moore, has released eight solo albums and one collaborative album under the band name You+Me alongside musician Dallas Green.

Other singers made the list with far fewer songs that the radio could play. For example, Adele, who ranked sixth, has released just three studio albums.

Other artists have a much larger library than Pink, yet she still beat them out. Madonna has been making music for decades but still finished behind the Sober singer.

Pink joins Bruce Springsteen and the E Street Band and Billy Joel as the other headlines already confirmed for next summer’s BST series. 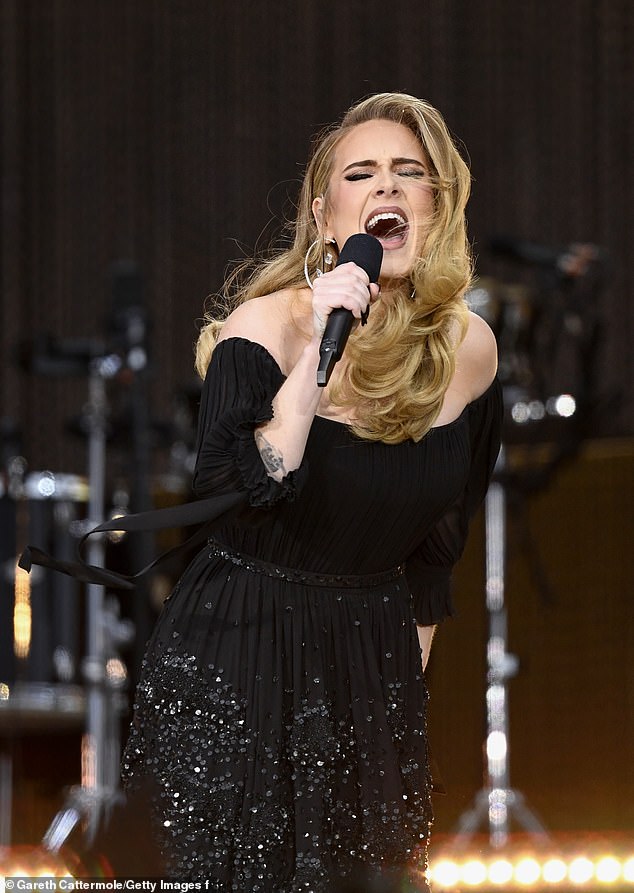 Star-studded line-up: Adele wowed the crowd with her return to the UK stage following a lengthy hiatus

Meanwhile, Pink stole the show at the Taylor Hawkins tribute concert in Los Angeles last week, joining Queen and Foo Fighters for a rousing cover of ‘Somebody To Love’.

The ‘Trouble’ hitmaker belted out the rock anthem that was adored by the late drummer – who tragically died aged 50 in March – with Dave Grohl and co and Queen’s very own Brian May and Roger Taylor at the Kia Forum on September 27.

Taking to her Instagram Story after her set, Pink wrote: ‘Hate why we were there – but I love that we were all together.’

Ahead of her performances in Europe next summer, Pink wrote in an Instagram post to her 8.9million followers. 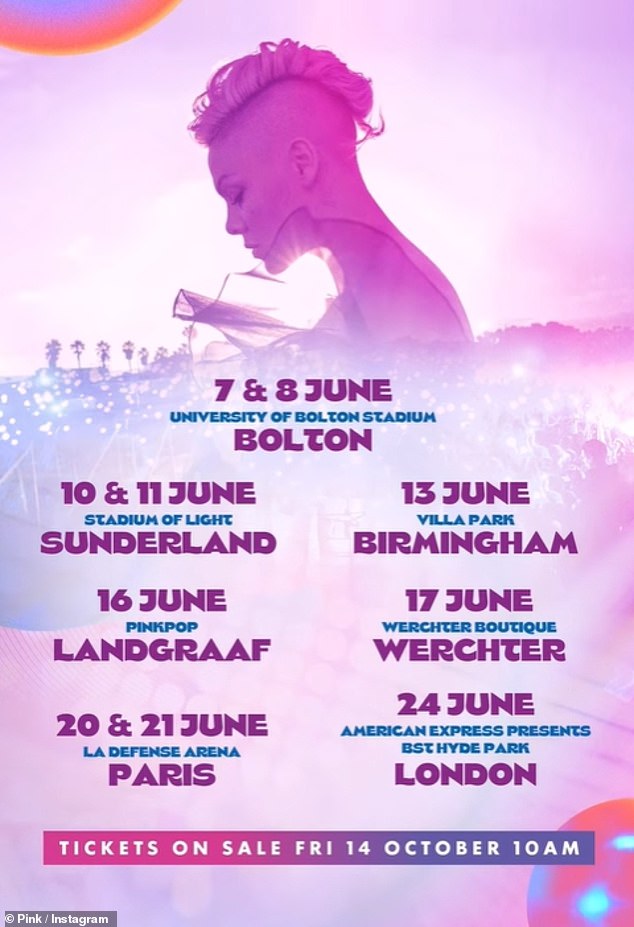 Taking to her Instagram Story after her set, Pink wrote: ‘Hate why we were there – but I love that we were all together.’ Ahead of her performances in Europe next summer, Pink wrote in an Instagram post to her 8.9million followers.