John McDonnell suggests there might be an early general election

The Conservative Party suffered a major loss as Labour regained control of Wakefield under Simon Lightwood who won a majority of 4,925 votes. Wakefield was traditionally a Labour constituency and was one of the Red Wall seats won by the Tories in the 2019 General Election.

READ MORE: Lord Frost says why results AREN’T good for Labour and Lib Dems in cut down of Starmer

Based on the figures alone, it is believed that this was the biggest-ever majority overturned in a by-election.

Mr Johnson is currently attending the Commonwealth summit in Rwanda but suggested before his departure that it would be “crazy” for him to resign if his party lost the two seats.

He added that mid-term by-elections were “never easy for any government”. 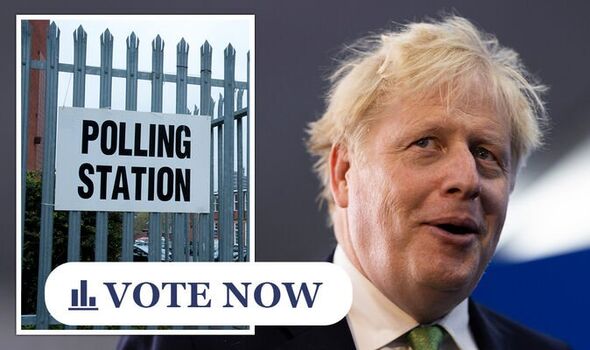 He said: “It’s absolutely true we’ve had some tough by-election results. They’ve been, I think, a reflection of a lot of things, but we’ve got to recognise voters are going through a tough time at the moment.

“I think as a Government, I’ve got to listen to what people are saying – in particular to the difficulties people are facing over the cost of living, which I think for most people is the number one issue.

“We’ve got to recognise there is more we’ve got to do and we certainly will. We will keep going, addressing the concerns of people until we get through this patch.”

Following the announcement of the results, Tory co-chairman Oliver Dowden quit and wrote in his letter of resignation to Mr Johnson that Tory supporters were “distressed and disappointed”.

However, Tory peer Gavin Barwell – Theresa May’s chief of staff in No 10 – said that if the Conservative Party carries on as it is, it is “sleepwalking to a defeat at the next election”.

Sir Vince Cable, former leader of the Liberal Democrats, suggested that a General Election could be held in October.

Following the results, he told Express.co.uk: “It’s quite possible that an election will be called.

“This is the big question no one’s talking about this morning.

“But if you’re Boris Johnson and you manage to hang on, a throw of the dice like that – a surprise – might well be one of the things and options he’s looking at.”

He added: “I think we should be thinking about the possibility of an October election.”

The next General Election is not due until 2025 but Mr Johnson can call one sooner.

Liberal Democrat leader Sir Ed Davey said the by-election results proved it was time for Tory MPs to “finally do the right thing” and oust Mr Johnson as leader.

He said: “This should be a wake-up call for all those Conservative MPs propping up Boris Johnson. They cannot afford to ignore this result.”

Meanwhile, Labour leader Sir Keir Starmer said the result in Wakefield showed the country “has lost confidence in the Tories”.

He added: “This result is a clear judgement on a Conservative Party that has run out of energy and ideas.”

Boris Johnson ‘greased piglet’ and can ‘wriggle out’ of trouble: ‘Don’t count him out’ [INSIGHT]
Boris Johnson LIVE: Hammer blow for PM as new favourite for Tory party leader revealed [LATEST]
Tory rebels to axe Boris with Sunak ‘next to QUIT’- Rule change could see PM gone in WEEKS [ANALYSIS]

Before the election results, a Cabinet source revealed that a September election this year was a “strong possibility”.

Speaker Sir Lindsay Hoyle is also understood to be preparing for an early poll.

However, a Downing Street insider insisted that a vote in September 2023, once boundary changes have been implemented, may help the Conservatives win as many as 20 extra seats.

An early election in September would happen before the Commons Standards Committee investigates Mr Johnson over allegations he lied to Parliament over lockdown parties at Downing Street.

A Tory rebel said: “If we have an early election it prevents the investigation taking place but also means it becomes meaningless if Boris has a new mandate.

“He can fairly say ‘the electorate knew about Partygate and still voted for me’. It’s a powerful argument.”

Another MP also said that a snap election could impact Sir Starmer’s future, making a September election a “strong possibility.”

They said that Sir Starmer and his deputy Angela Rayner may have to resign over their own alleged lockdown breaches.

The MP said: “Labour will be in chaos, none of the successors is well known and it makes an early election a strong possibility.”

So what do YOU think? Should Boris Johnson call a general election after by-election defeat? Vote in our poll and leave your thoughts in the comment section below.