People who are unvaccinated but were previously infected by the Delta Covid variant may have very little protection against Omicron, a new study finds.

Researchers from the Medical University of Innsbruck, in Austria, tested the blood of those who had beat the older strain of the virus against the new super-variant to measure antibody levels.

They found only one out of seven samples produced enough of the infection-fighting proteins to neutralize Omicron.

Covid survivors who were also fully vaccinated showed an increased ability to combat the strain, though.

It suggests that prior infection alone offers virtually no protection against catching Omicron — but the jury’s still out on severe illness.

The Austrian study looked at the AstraZeneca vaccine, which is not available in the U.S., and did not include the Johnson & Johnson jab, one of three shots that is available to Americans. 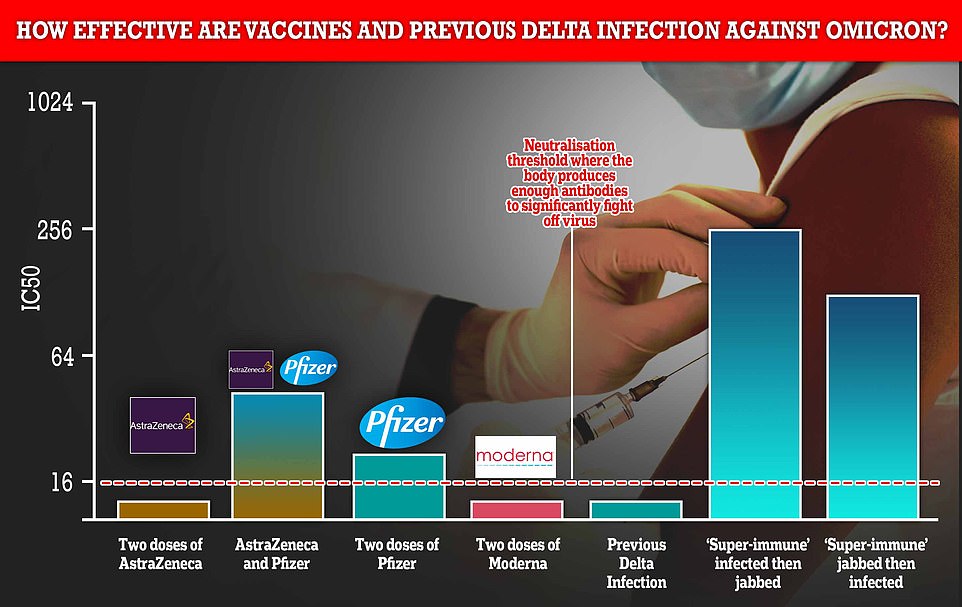 This chart shows how the blood samples of people who had received vaccines and and survived a previous Delta infection performed when exposed to Omicron in terms of producing neutralizing antibodies, measured here as ‘IC50’, a measures of effectiveness. Any combination that failed to get higher than IC50 16 failed to produce enough antibodies to significantly fight off Omicron. These bars are averages based on all the samples of their respective combinations. It shows a previous Delta infection fails to provide any significant protection in terms of antibody production, but a combination of previous Covid infection and a vaccine provoked the best response 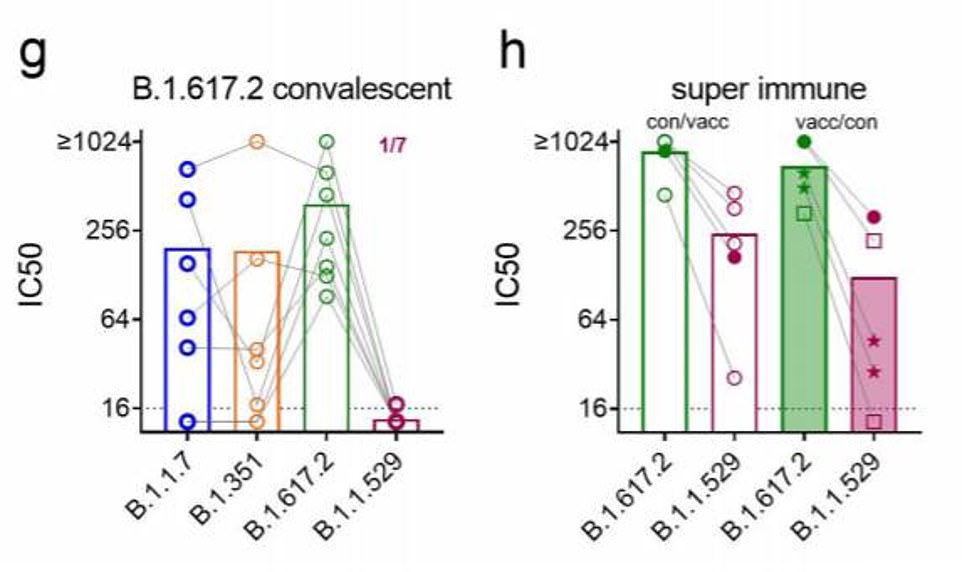 This chart on the right shows how antibodies from Delta (variant designation B.1.617.2) performed against  different Covid variants, from left to right Alpha (B.1.1.7) Beta (B.1.351), Delta, and Omicron (B.1.1.529). A IC50 level above 16 meant the antibodies were sufficient enough to significantly fight off the virus. The chart on the right shows the results for ‘super-immune individuals, the bars on the left show the results for individuals infected than jabbed, against Delta and Omicron, and the bars on the right show persons vaccinated and then infected 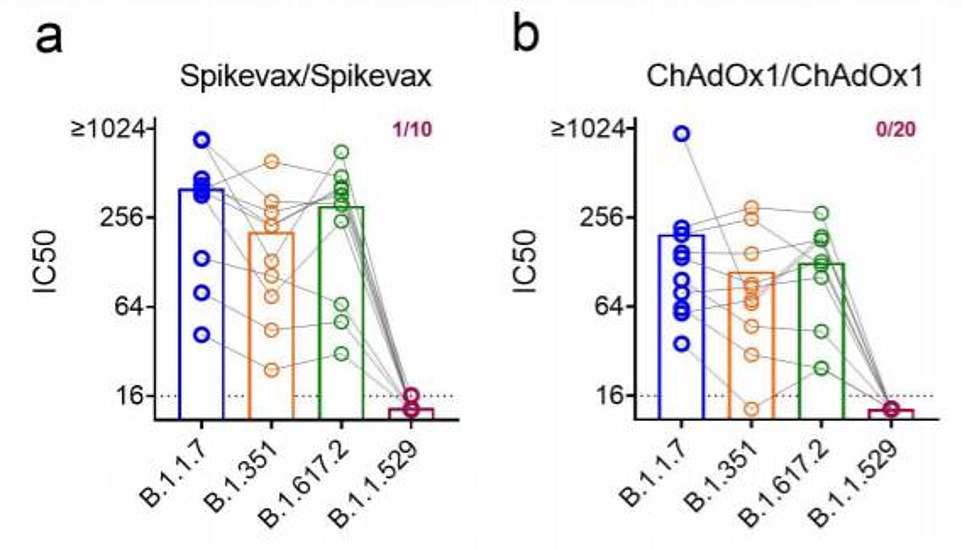 These charts show how two doses of Moderna’s vaccine performed and the right shows the same for two doses of AstraZeneca, the numbers in the top right of each graph indicate how many samples maned to exceed the IC50 threshold 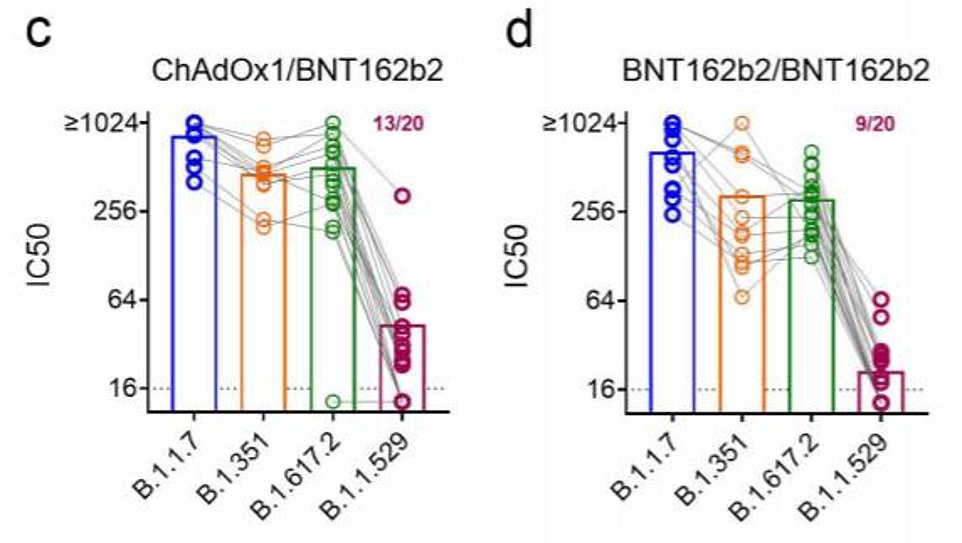 Antibody studies look at one very specific part of the immune response to Covid and do not take into account T cell and B cell immunity, which are vital for protection against severe disease but more difficult to measure.

Most scientists believe people who have had Covid still enjoy some protection against serious outcomes, but immunity is known to wane significantly after six months.

The latest study found that if Delta survivors go on to get a vaccine they become ‘super-immune’, even against infection.

In the samples of the blood of Delta survivors, which contained antibodies from the prior infection, Austrian researchers found only one out of seven samples tested managed to inhibit Omicron.

This essentially means the antibodies did not recognize Omicron as a threat due to its heavily mutated nature compared to the Delta variant.

Two does of the Pfizer jabbed fared better, with nine out of 20 samples producing enough antibodies to fight off the new Covid variant before it causes infection.

A test for two doses of the Moderna jab showed only one out of 10 was successful in generating antibodies against Omicron.

But the best result overall was seen in five samples taken from those who had both survived a previous Covid infection and then later got a vaccine, a group of people the researchers dubbed the ‘super-immune’.

Professor Lawrence Young a microbiologist from the University of Warwick, in England,  said although the study has small numbers it added to research demonstrating Omicron’s ability to dodge immunity. 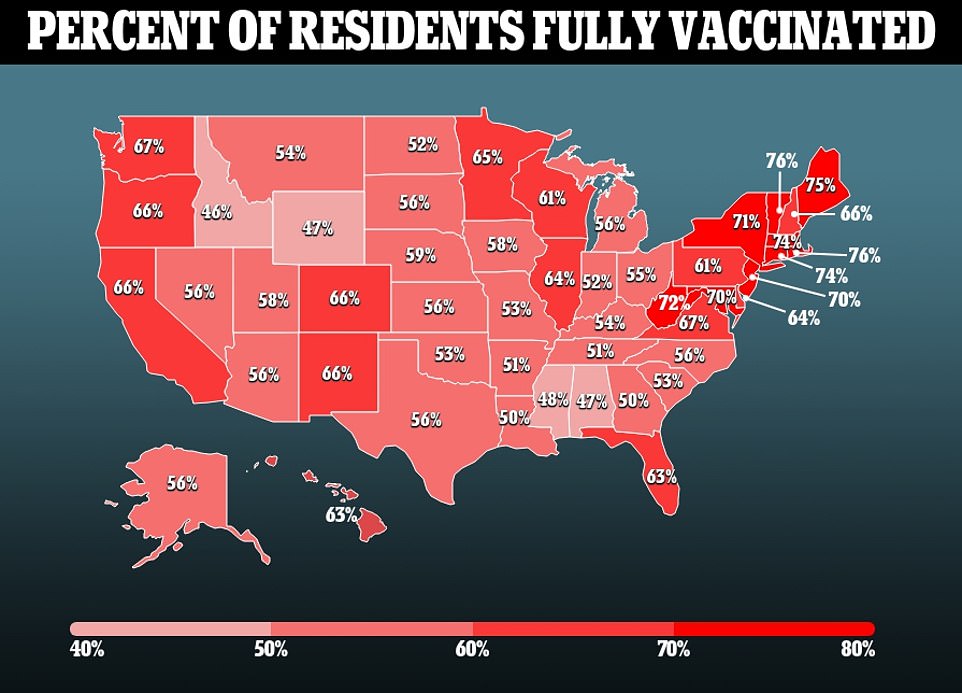 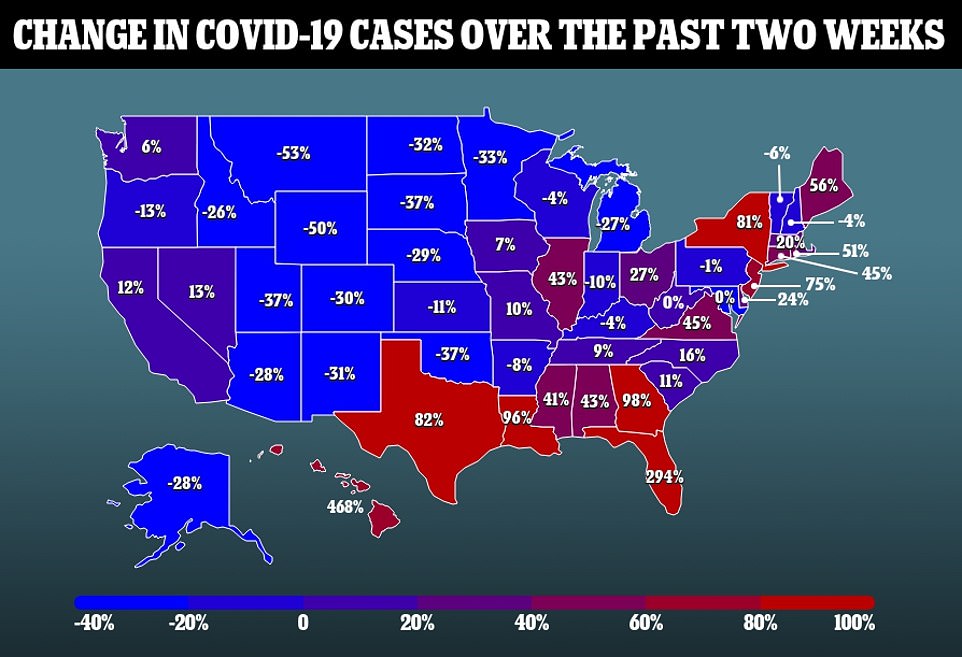 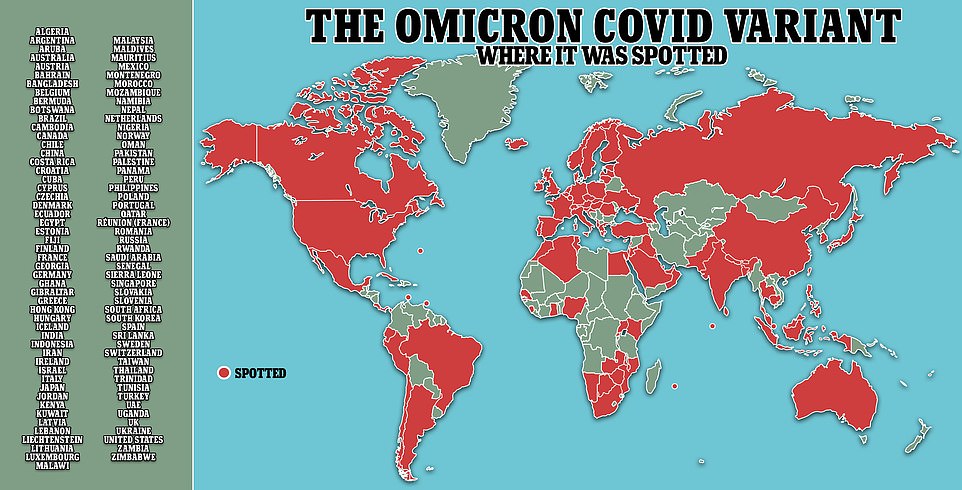 ‘This paper with small numbers of samples confirms data from previous studies and further emphasizes the immune-evasive properties of the Omicron variant,’ he said.

He added that while it was ‘dangerous’ to infer any findings from the study, he said it reinforced the importance of getting a booster, and those that do would likely enjoy similar Omicron protection as the study’s ‘super-immune.

‘It’s dangerous to extrapolate what this data means for immune protection in vaccinated individuals other than reinforcing the value of booster vaccination – which is likely to be similar to the super immune individuals in this study,’ he said.

According to official data from the U.S. Centers for Disease Control and Prevention, just over 60 million Americans – or around 18 percent of the population – have received booster shots.

The microbiologist also commented on the seeming disparity between the study’s findings and the South African experience of Omicron.

At a glance the findings appear at odds with the with the low severity of cases in South Africa, which first alerted the world to the new Covid variant, which has ben partly attributed to an antibody boost from a relatively recent Delta wave.

Professor Young this could be due other non-antibody parts of the immune system, such as T-cells, which are vital for protection against severe disease but more difficult to measure, though he added demographic factors could also be at play.

‘Perhaps this T cell response explains the situation in South Africa, although I think other factors like the younger average age of the population is also playing a part,’ he said.

Professor Ian Jones a virologist from the University of Reading, also in England, discussed the limitations of the study. 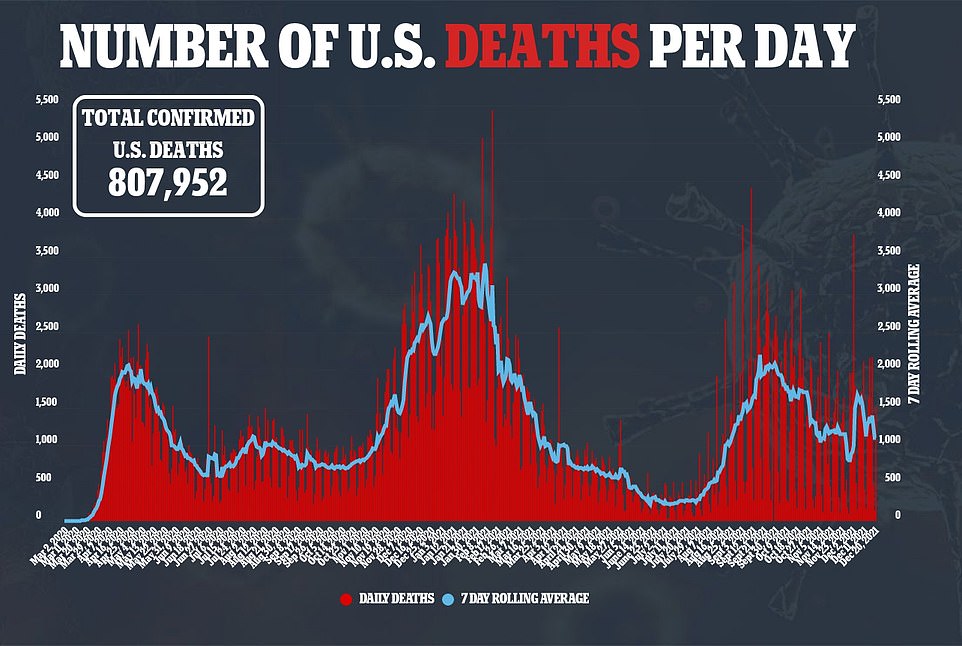 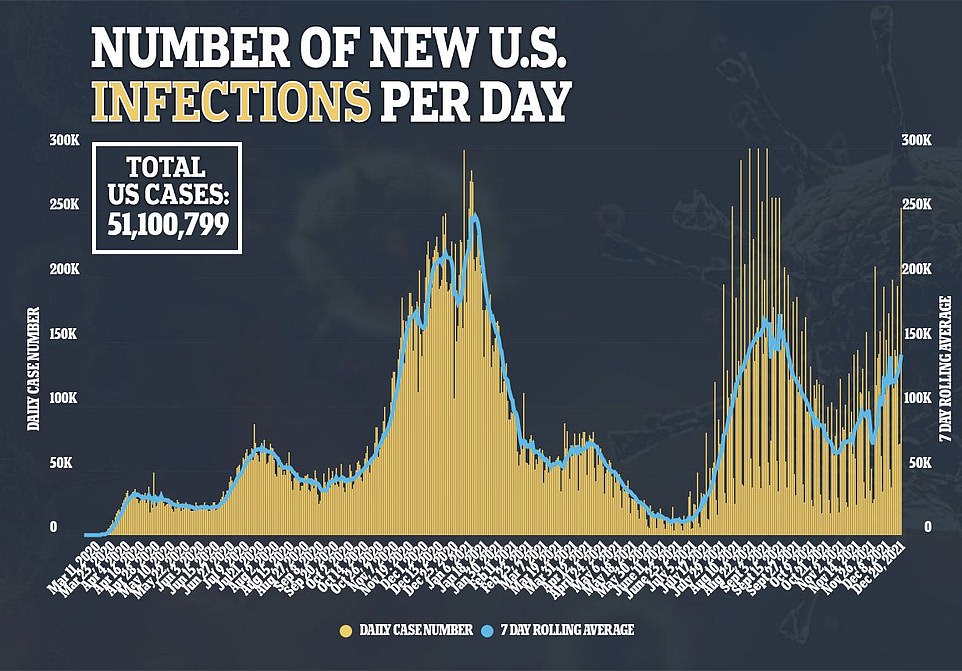 He said that since the study measured Omicron’s ability to infect but not how severely ill those infected might become, several questions about how seriously to deal with the new Covid variant remained unanswered.

‘They only measure virus entry into cells, not disease so the current dilemma of planning for a serious outcome to the current wave remains in place,’ he said.

‘The assays measure neutralizing antibodies, which are only one part of the overall protective response.

‘Add in the data that Omicron appears not to infect lung tissue to the same degree and the, mostly anecdotal, reports that it is milder overall and the infection equals hospitalization argument remains unanswerable at the moment.’

Victory for partners supporting their wives and girlfriends in labour