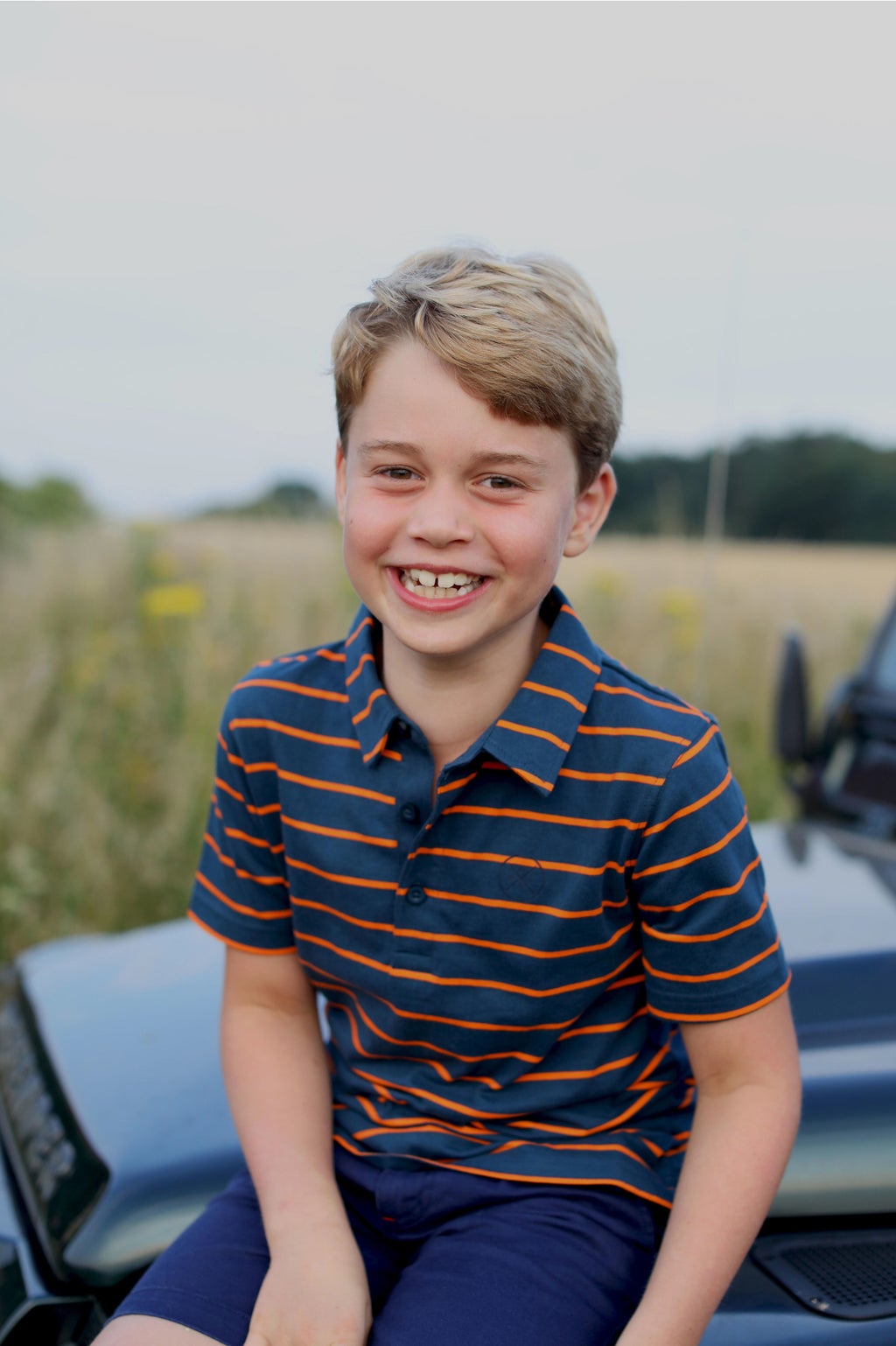 Prince George’s eighth birthday has been marked with a new photograph showing him with a Land Rover Defender, a vehicle synonymous with his late great-grandfather the Duke of Edinburgh.

The image was taken by his mother the Duchess of Cambridge, a keen photographer who  regularly produces images of George, Princess Charlotte and Prince Louis to mark milestones in their lives.

George, who celebrates his birthday on Thursday, is casually dressed in a polo-style striped top and shorts.

Prince Philip, who died in April a few months short of his 100th birthday, regularly drove Land Rovers and during his funeral the duke’s coffin was carried by a specially adapted Defender which he helped design.

George has spent the past 12 months living life under lockdown with his siblings and parents.

The duchess has confessed she has been cutting her children’s hair, telling a group of parents in January: “I’ve become a hairdresser this lockdown, much to my children’s horror.”

A great-grandchild to the Queen, George will be the 43rd monarch since William the Conqueror obtained the crown of England if, as expected, he follows the reigns of his grandfather, the Prince of Wales, and then his father, William.

Diddy addresses throwback photo of himself and Jennifer Lopez: ‘Just my friend’