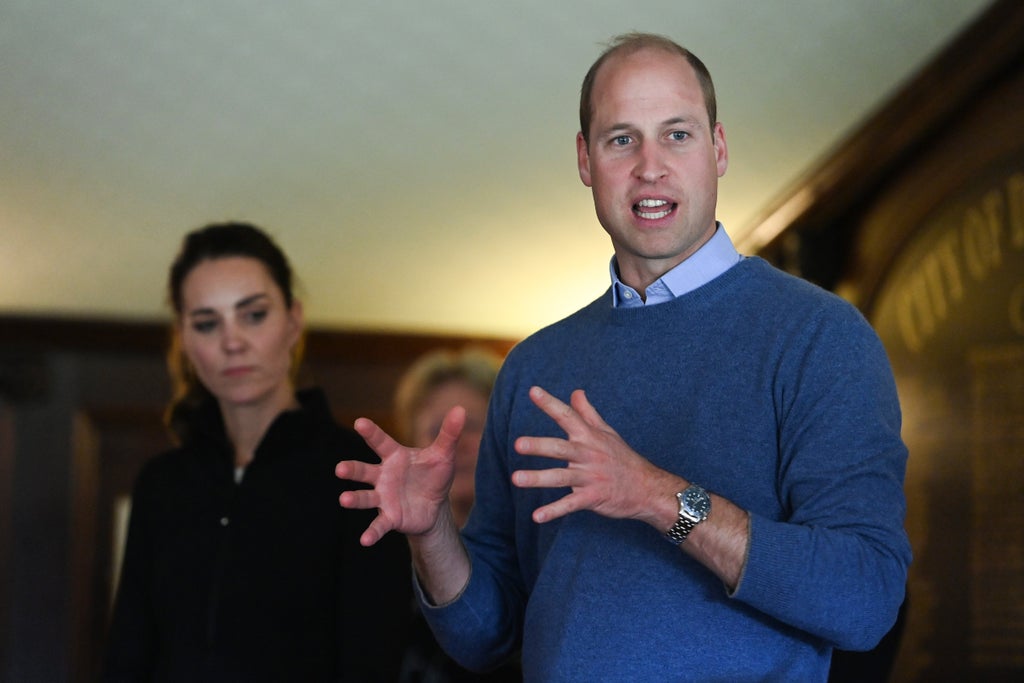 The Duke of Cambridge has encouraged entrepreneurs to focus on fixing climate change rather than jetting off into space.

Prince William said that the world’s greatest brains and minds should be “trying to repair this planet, not trying to find the next place to go and live”.

He spoke to the BBC’s Newscast podcast to promote the new Earthshot prize. The global prize for the environment will reward those trying to find solutions to climate change and it has its inaugural awards ceremony on 17 October.

The prize’s name is a reference to the “moonshot” ambition of the Apollo 11 spaceflight mission in the 1960s.

Prince William told the BBC that “we need some of the world’s greatest brains and minds fixed on trying to repair this planet, not trying to find the next place to go and live”.

“I think that ultimately is what sold it for me,” he continued. “That really is quite crucial to be focusing on this [planet] rather than giving up and heading out into space to try and think of solutions for the future”.

Hollywood actor William Shatner, who was aboard the capsule on Wednesday, became the oldest person to go into space at the age of 90-years-old.

Prince William said that he had “absolutely no interest” in going as high as space and pointed to the “fundamental question” of the carbon cost of space flights.

He praised his father, Prince Charles, for talking about climate change for decades in the wake of apathy and opposition. He said his father had had a “rough ride”, adding: “It’s been a hard road for him”.

He said Prince Charles had been inspired by his father, the late Duke of Edinburgh, to talk about climate chance a lot more “before anyone else thought it was a topic”.

Prince William also talked about his fears for future generations and spoke about “a rise in climate anxiety” among young people.

He challenged adults to think back to their childhoods and “remember how much it means to be outdoors and what we’re robbing those future generations of”.

He added that “it would be an absolute disaster if [Prince] George is sat here talking” about climate change in 30 years’ time.