Priyanka Chopra Jonas cut a glamorous figure on Wednesday as she co-hosted a pre-Oscars event in Beverly Hills to celebrate South Asian Excellence.

The actress donned a black sequin saree dress from the brand JADE by Monica and Karishma, showing a glimpse at Priyanka’s figure with a cut-out design on the hip. 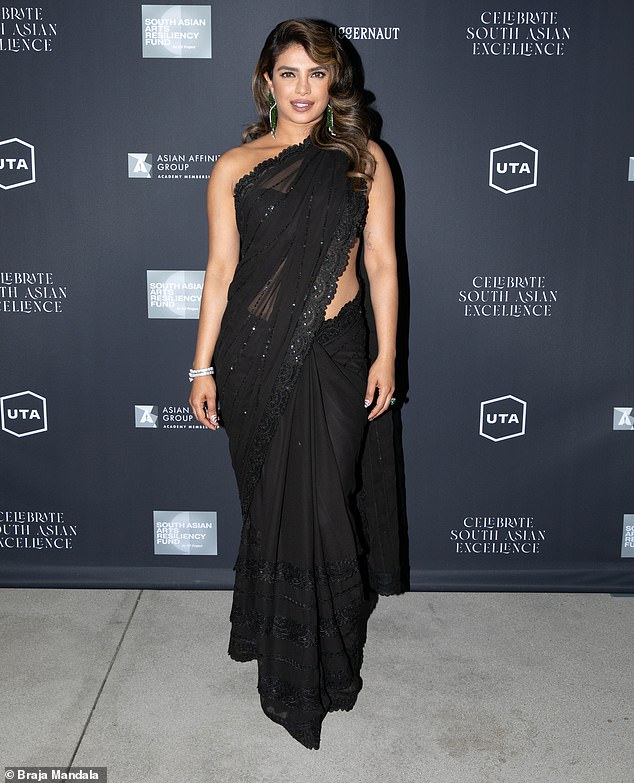 The India-native shared snaps of the event to her Instagram on Thursday, with her brunette locks in a side parting, styled in bouncy, Hollywood-style curls.

She opted for a full-glam makeup look, with a winged black liner, bronze base and a pink-nude lip.

The bash honoured the South Asian nominees recognised at this year’s Academy Awards, which will take place on Sunday 27 March. 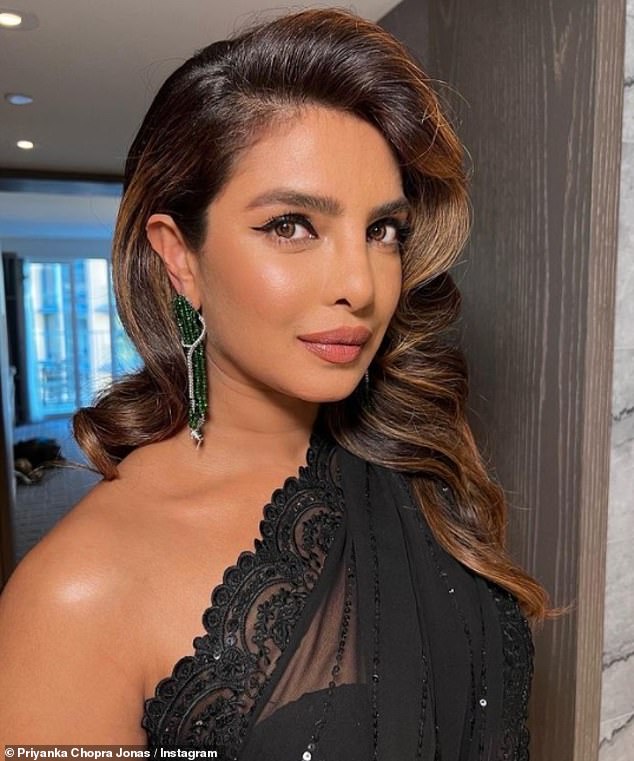 Gorgeous: She opted for a full-glam makeup look, with a winged black liner, bronzed base and a pink-nude lip

She showed her pride for her community in the caption, writing: ‘What a special honour it was to cohost a pre-Oscar celebration honouring this year’s 10 South Asian Oscar nominees, and the friends, family, and colleagues who work tirelessly behind the scenes to make all of this possible.

‘Last night gave me all the feels, and filled me with so much pride for how far our community has come. The future of entertainment is looking bright’ (sic) 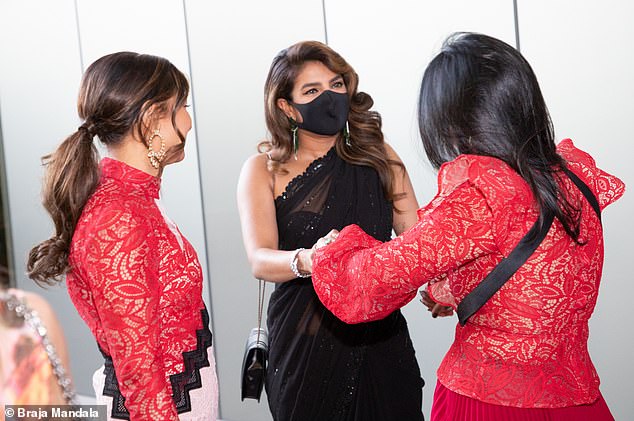 High spirits: Priyanka beamed alongside Anjula Acharia at the lavish event, which comes ahead of the Oscars this weekend

During the event, Priyanka also shared how far she, and the community, had come, saying: ‘When I came here 10 years ago and I started looking for work in America, Aziz Ansari and I met at this one afterparty and we were like, “OK, we’re going to count how many brown people are in the room” and it was just us.

‘Today I stand amongst peers amongst colleagues among South Asian excellence and I have goosebumps.’

Lilly Singh was also in attendance to the star-studded bash, taking to her own Instagram to share her out-there ensemble.

The Canadian actress donned a full-sequin black suit, with a feather-covered hem on the trousers and the coat sleeve.

She looked ultra chic with a pair of black loafers and a black top underneath the suit. 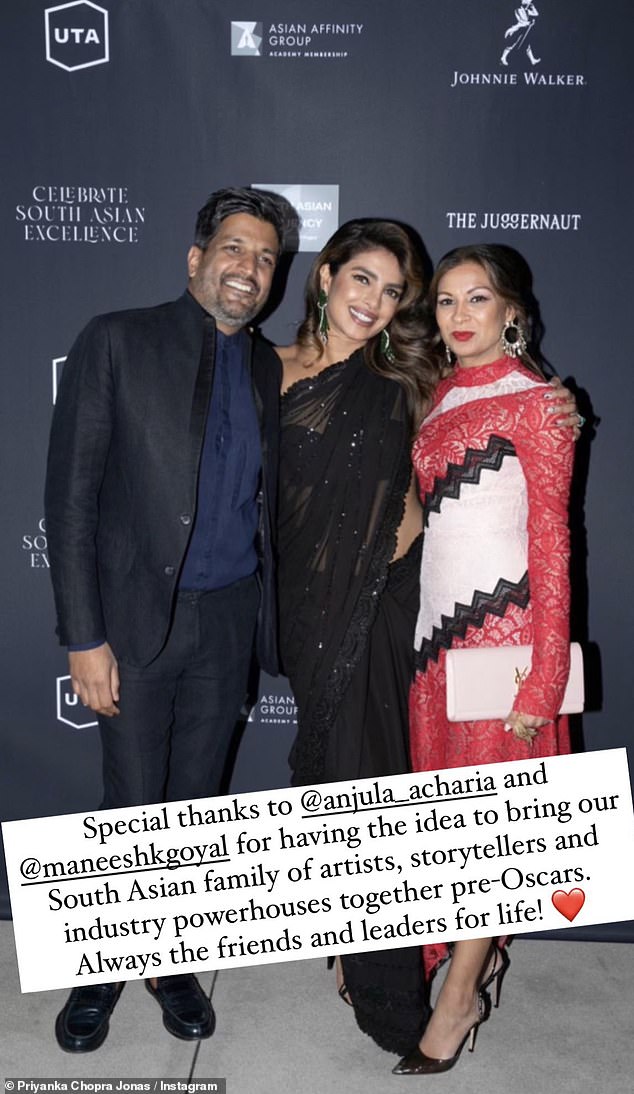 Grateful: She posted a sweet snap to her Story to show her gratitude to Anjula Acharia and Maneesh Goyal for having the idea for the event

Chic: Lilly Singh was also in attendance to the star-studded bash, taking to her own Instagram to share her out-there ensemble 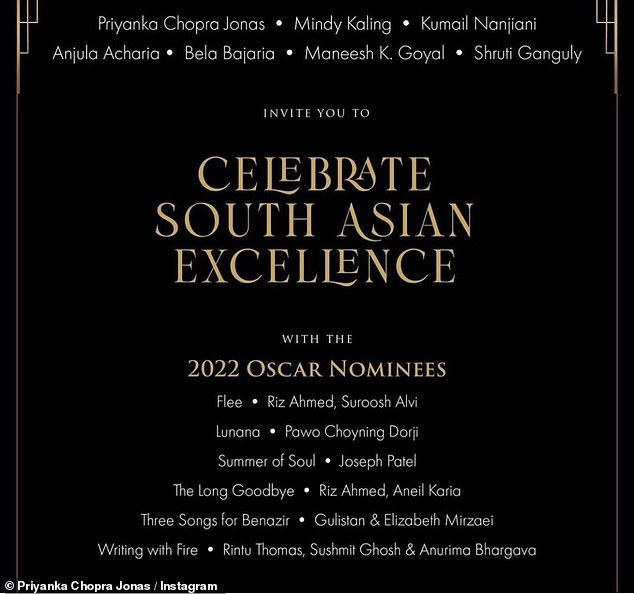 Recognising talent: The bash honoured the South Asian-led nominees recognised at this year’s Academy Awards, which will take place on Sunday 27 March