The energy giant made a mammoth £7.3billion in profit in the first three months this year – far ahead of analyst expectations – as oil and gas prices soared.

The results come just two days after rival BP recorded bumper profits, and has once again heaped pressure on the Government to introduce a one-off levy as households struggle with their energy bills and the soaring cost of living. 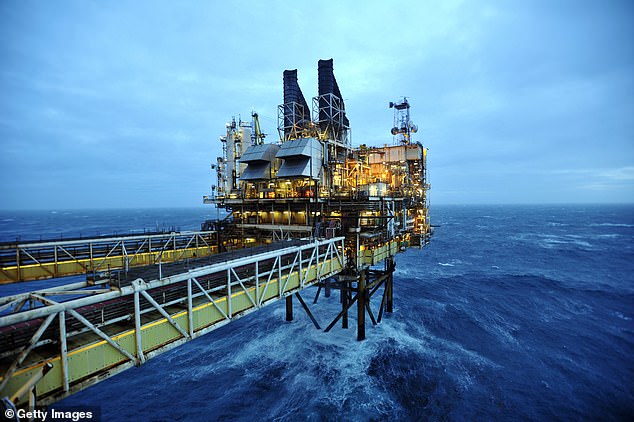 Shell made a mammoth £7.3bn in profit in the first three months this year – far ahead of analyst expectations – as oil and gas prices soared

As the clamour for a windfall tax mounted, Shell raised its first quarter dividend by around 4 per cent to $0.25 a share in a major boost for the nation’s pension funds.

It also announced it would return another £3.6billion to investors through a share buyback in the coming months on top of the £4billion it handed out in the first quarter.

The group also raised its dividend by about 4 per cent to $0.25 a share for the first quarter of the year. Shares rose 3.1 per cent.

But while investors and the City toasted the results, the prospect of a windfall tax looms again.

So far the Government has ruled out the idea but calls are growing louder as the price of oil and gas pushes up the cost of living.

The Bank of England yesterday warned inflation would top 10 per cent later this year – a level not seen since 1982.

Ed Miliband, shadow energy secretary, said: ‘Another day, another oil and gas company making billions in profits, and yet another day when the Government shamefully refuses to act with a windfall tax to bring down bills.’

On Tuesday, BP boss Bernard Looney announced plans to invest £18billion in the UK, in a bid to stave off calls for the tax.

Last month Shell announced plans to spend £25billion in the UK, but yesterday chief executive Ben van Beurden hinted the company could change its mind if a windfall tax was introduced.

He said: ‘If we’re talking about these types of investment levels, they do require a stable and a predictable financial outlook.’