By D. Lawrance and Mary Mrad For Daily Mail Australia

She welcomed her daughter Harper Lee back in December.

And Renae Ayris is already coordinating her outfits with the five-month-old, based on a Tuesday Instagram post.

In it, the model mum and the tiny tot both wear the same floral print dress. 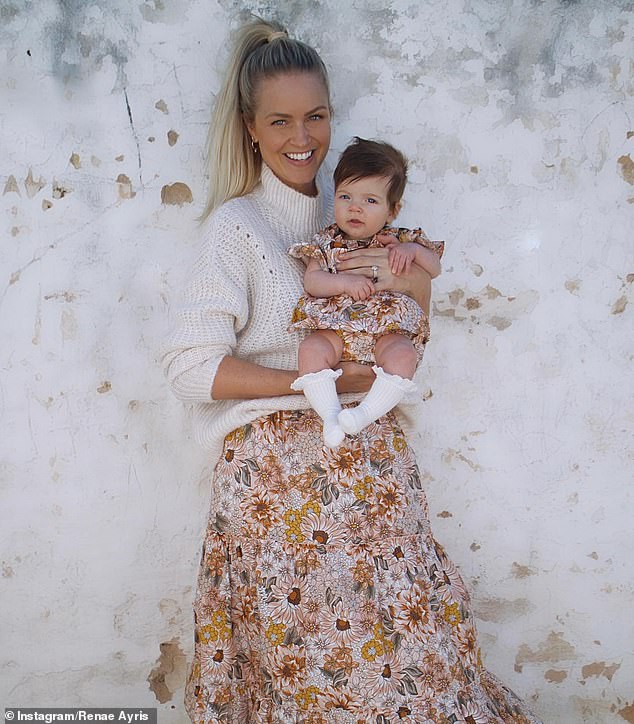 Twinning! Renae Ayris (pictured) is already coordinating her outfits with five-month-old daughter Harper Lee, based on a Tuesday Instagram post

Renae captioned the post, ‘Harper is 5 months old today (HOW!?)’.

‘When she was born everyone was saying she looks identical to her dad, now more people are saying she looks like me. I don’t see either of us. She’s changing SO much daily #5MonthsOld #MatchingOutfit’.

In a February Instagram post made by Renae, Harper was seen lying down on a bed while her mother held her little feet. 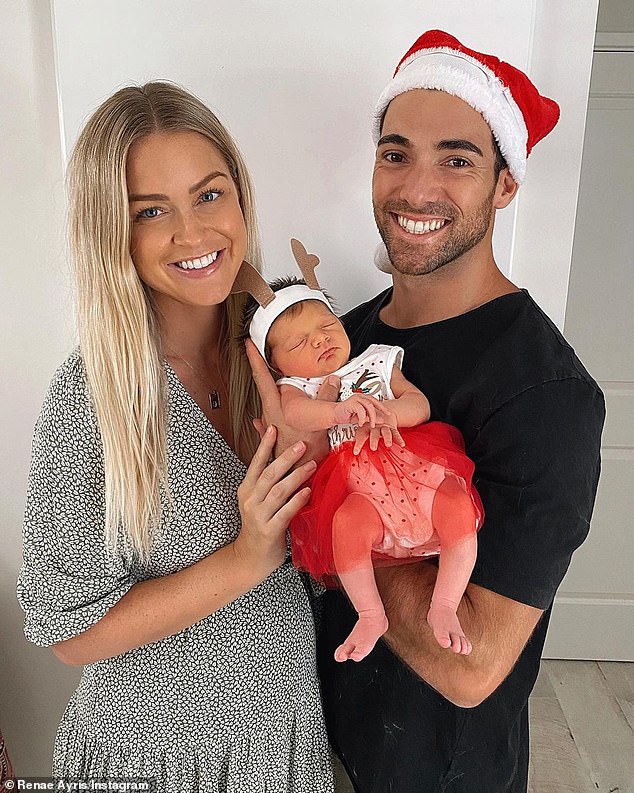 Sweet moments: Ayris has shared an adorable photo of newborn baby Harper in February – and revealed the one thing she loves most about her daughter

‘I love you and your little feet so much,’ she captioned the adorable image.

Renae announced Harper’s arrival on Sunday, December 19 alongside an adorable image of her little pride and joy.

In the picture, Harper is seen sleeping peacefully, wrapped in a floral blanket and adorned with a matching baby bow. Beside her sits a plaque that reads, ‘Hello World’. 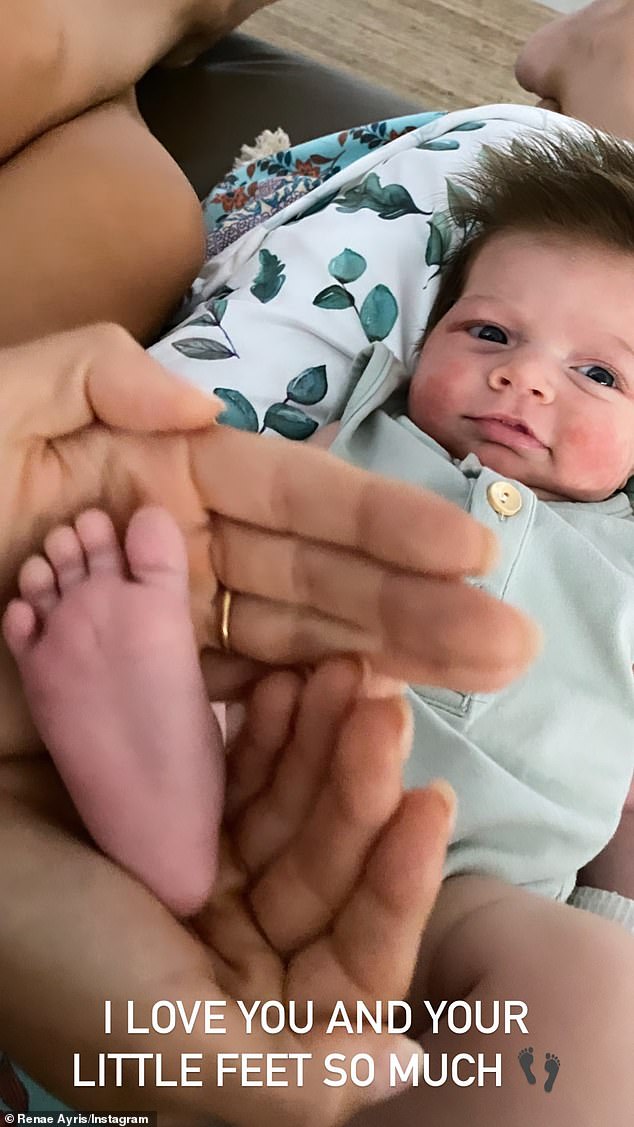 Adorable: Renae shared a sweet photo of her baby girl to Instagram and wrote: ‘I love you and your little feet so much’

The couple also detailed Harper’s stats, writing she was born on Friday, December 17, and listed her birth weight as 3.28kg and length as 52cm.

‘Our hearts are SO full,’ they proudly wrote in unison beside the heavenly frame.

Renae and Andrew were soon inundated with congratulatory messages from their celebrity friends after they shared the news. 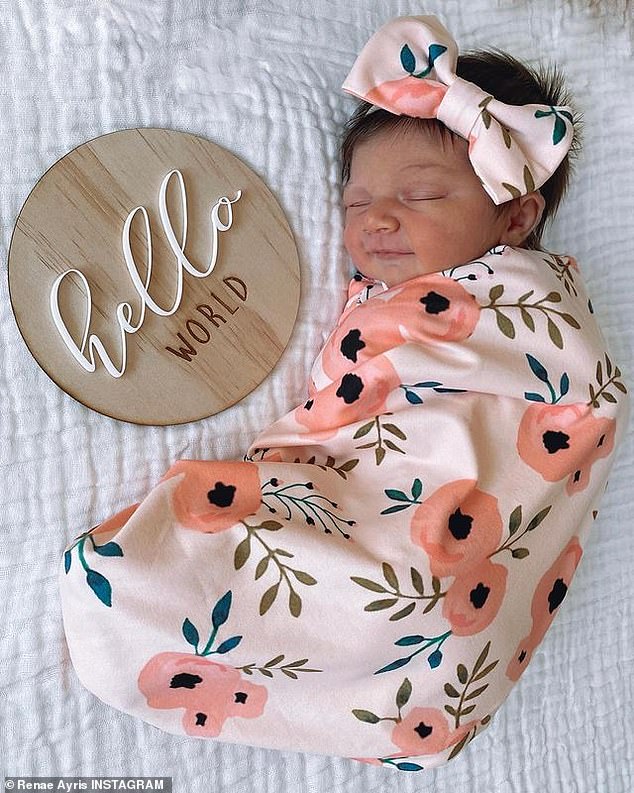 Glorious: Renae announced Harper’s arrival on Sunday, December 19 alongside an adorable image of her little pride and joy

Tim Robards was quick to note the daddy-daughter resemblance, commenting, ‘Congrats you two!!!! I can so see you Pap!’

The couple announced their pregnancy in June after months of struggling with ‘unexplained infertility’. 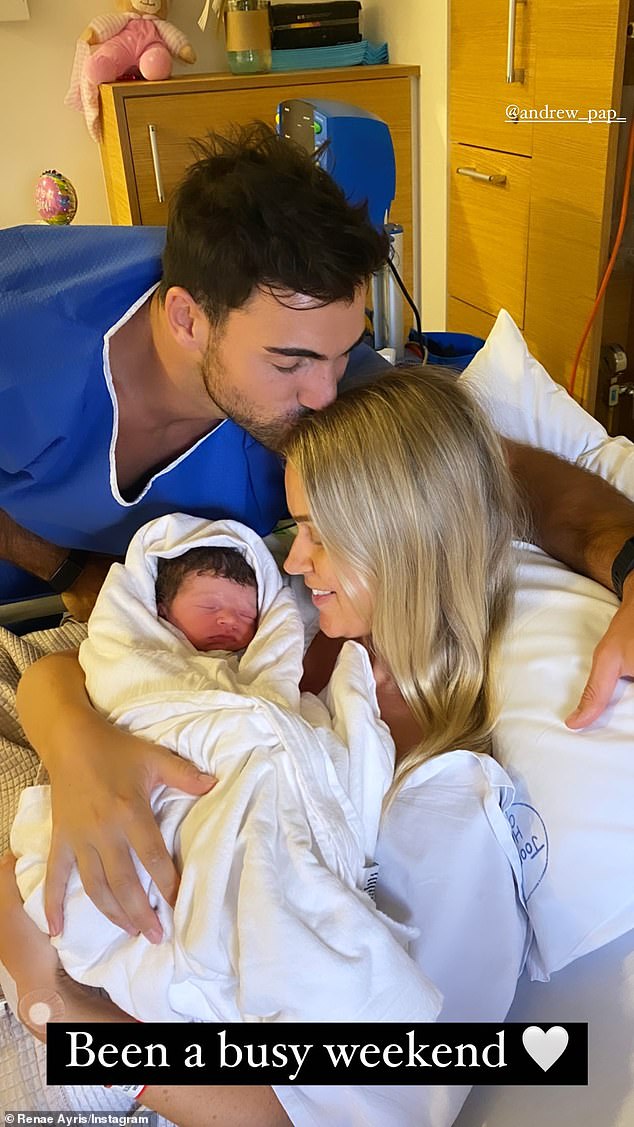 Welcome: The couple also shared a tender picture of new mother Renae holding baby Harper in her hospital bed. She captioned the image, ‘Been a busy weekend’ and added a love heart emoji