Retailers facing an 'annus horribilis' due to rising inflation

Retailers are facing an ‘annus horribilis’ as rising inflation eats into people’s pockets.

Official figures showed sales fell 0.3 per cent between January and February, well below the 0.6 per cent growth that had been expected. 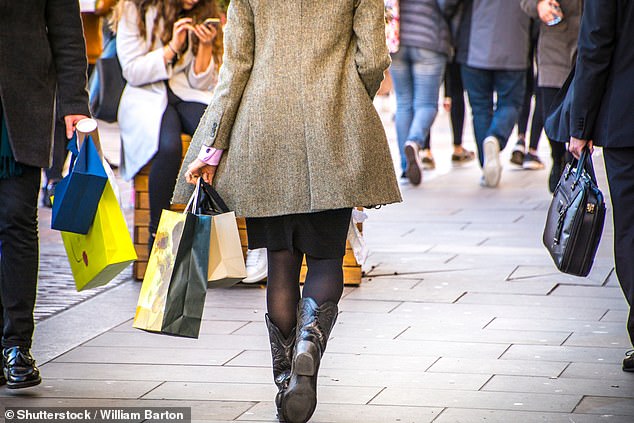 Warning: Official figures showed sales fell 0.3 per cent between January and February, well below the 0.6 per cent growth that had been expected

It was also a significant drop from the 1.9 per cent growth seen a month earlier.

The biggest drops were recorded in sales of non-food items and household goods such as furniture. These fell by 7 per cent and 2.5 per cent respectively, according to the Office for National Statistics.

The ONS added that food store sales fell by 0.2 per cent, with large falls in alcohol and tobacco as punters returned to pubs, bars and restaurants. But shops were given a boost with sales of clothing up by 13.2 per cent. A return to the office and to social events has driven part of the 1.3 per cent rise in sales at department stores.

The grim figures come as the Bank of England warned last week that inflation could hit 10 per cent later this year.

Analyst Lisa Hooker at auditors PwC said: ‘There are already signs that the cost-of-living crisis is hitting confidence.

‘This week’s inflation figures saw a sharp increase in food prices which will inevitably eat into consumers’ ability to spend on discretionary items going forward.

‘As Britons are forecast to face the largest fall in disposable income in recent times, and with limited targeted help from the Chancellor [Rishi Sunak] in the recent Spring Statement, retailers’ annus horribilis may yet be ahead of them.’

Separate data published yesterday by the research company GfK showed that consumer confidence dropped to a 17-month low in March.