‘I’m switching the TV off!’ Richard Arnold shocks viewers as he vomits live on Good Morning Britain after taking part in horrific I’m A Celeb trial

Richard Arnold threw up live on air on Good Morning Britain on Tuesday after taking part in an I’m a Celebrity-themed trial on the show.

The presenter, 52, took a turn for the worst after taking part in the Retch For The Stars trial, where he had to find stars buried under critters and asked questions while a snake was placed around his neck.

Richard was quizzed about this year’s campmates after being away for a few weeks while on holiday. 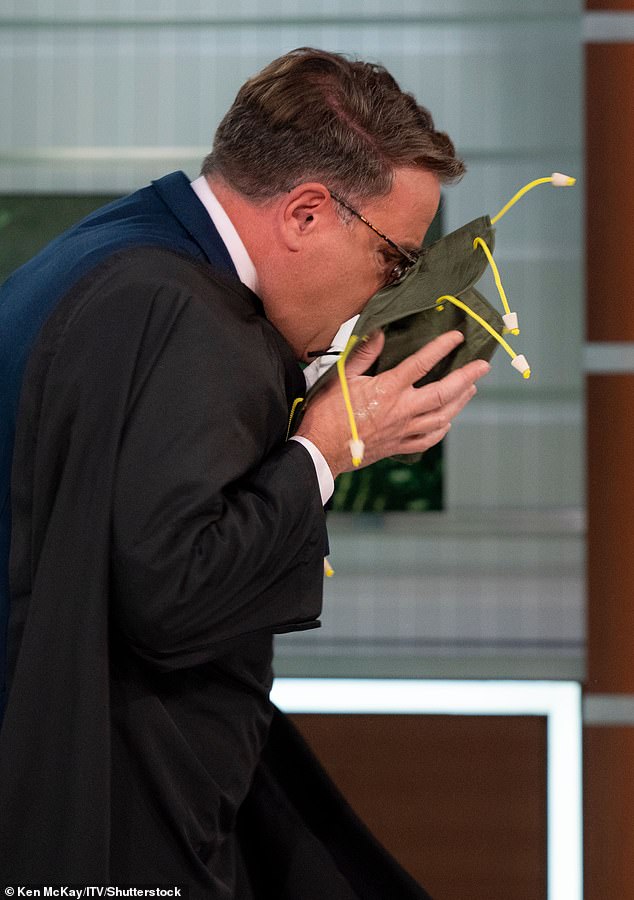 ‘I’m switching the TV off!’ Richard Arnold shocked viewers when he vomited live on Good Morning Britain on Tuesday after taking part in horrific I’m A Celeb trial 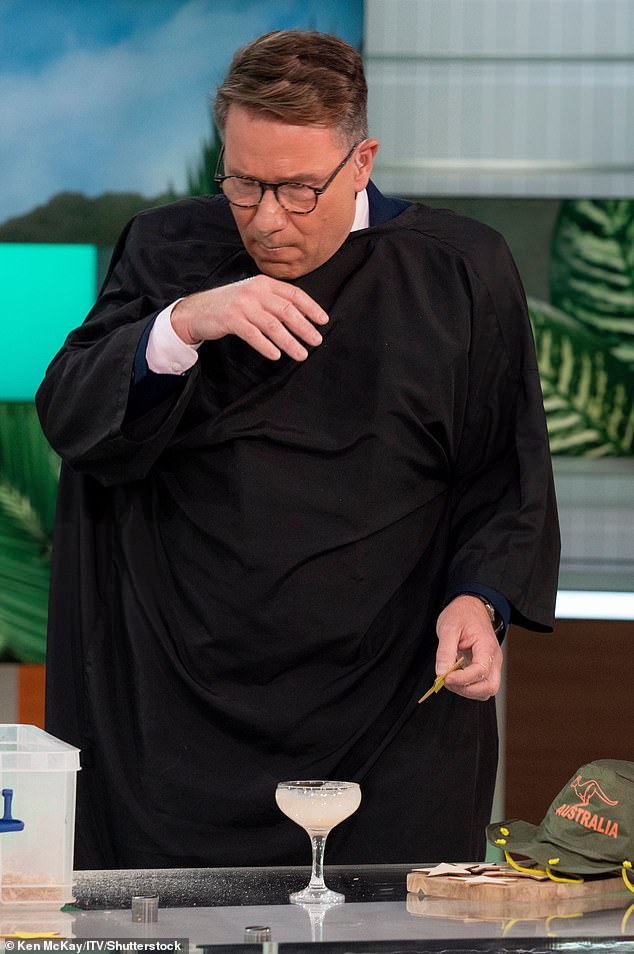 Bushtucker VILE! He downed a glass of offal and suddenly took a turn for the worst after drinking the mixture

But it was a drink of processed offal which left Richard feeling sick and gagging  and putting the nation off their breakfast.

Susanna gave out a little scream as Richard downed the drink rather successfully at first.

But he had to quickly jump off his chair and turn away from the camera, doing his best to spare viewers from seeing him vomit. 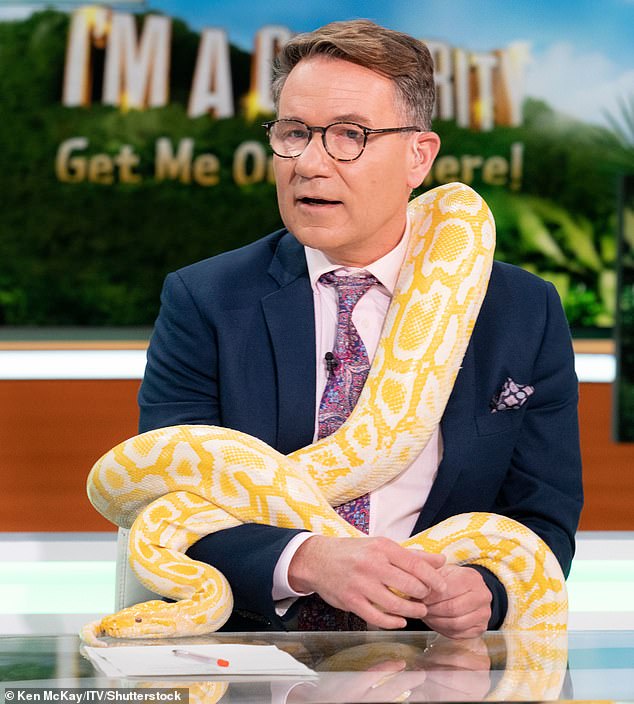 S-s-s-s-scary! The challenge saw him posing with a snake around his neck before having to down a  grisly drink 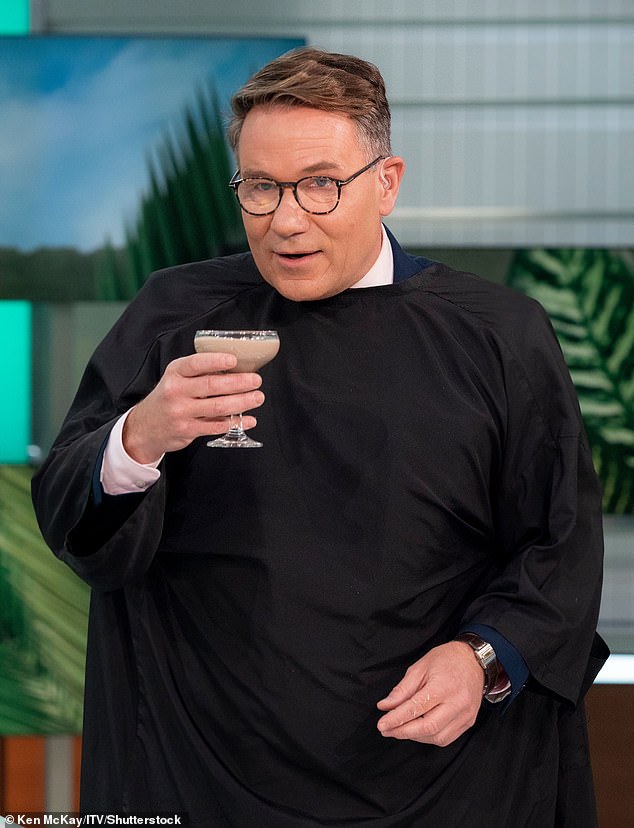 Oh no! It was a drink of processed offal which left Richard feeling sick and gagging and putting the nation off their breakfast 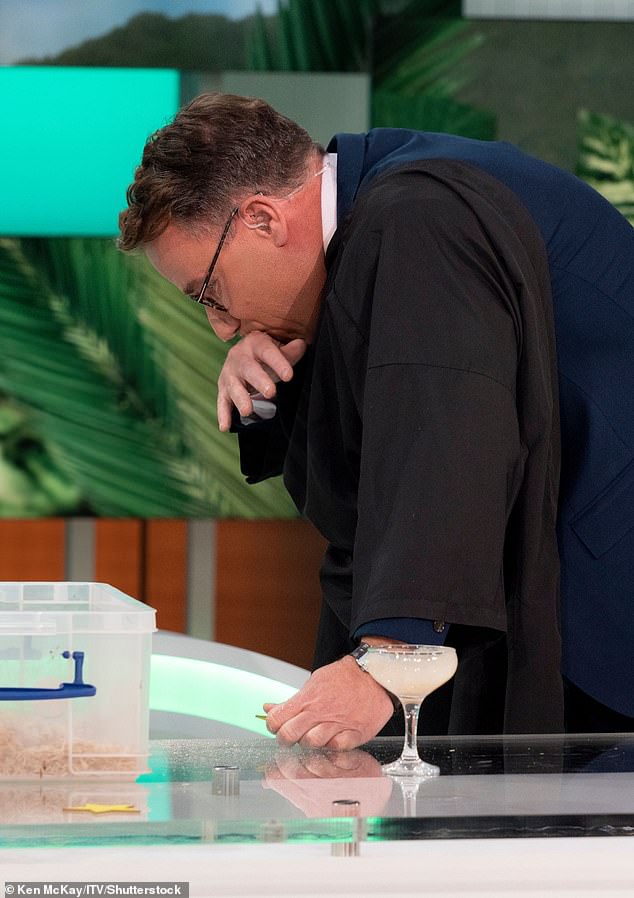 Here he goes! He downed the drink but immediately started gagging and had to turn away from the camera 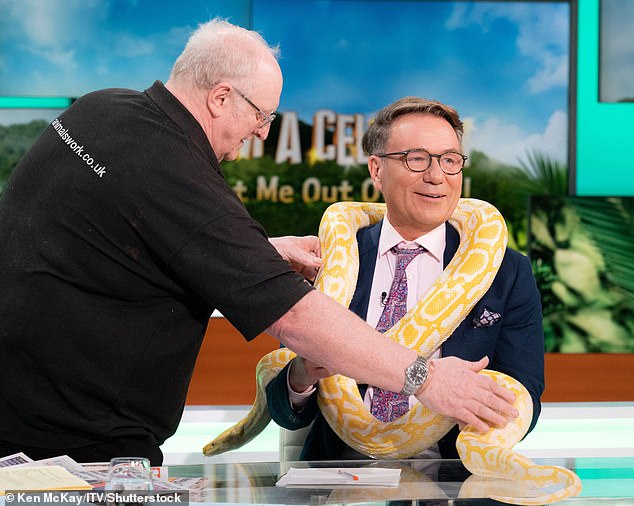 It had all started off so fun: Richard put on a brave face as the giant snake was wrapped around his neck

He started gagging before grabbing hat and throwing up in it.

Viewers took to Twitter in shock after watching the segment.

They wrote: ‘Richard Arnold puking on Good Morning Britain this am, doing a mock #iacgmooh trial, while Richard and Suzanna recoil in horror – TV gold.’

Something to say: Viewers took to Twitter to express their views about what they were seeing

‘Seeing Richard Arnold with all sick round his Face is hilarious @GMB.’

‘Shame on you GMB having live wild animals in the studio! Bright lights, loud noises and shouting. All in the name of ” entertainment” . Shocking so I’m switching off. #richardarnold.’ 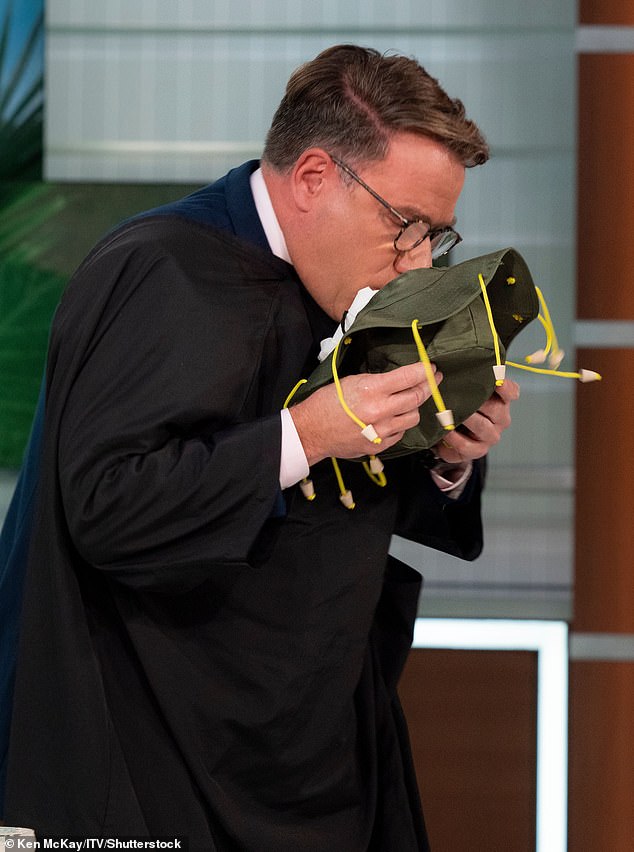 Hat’s off to him; Luckily he had a hat in hand to be sick into 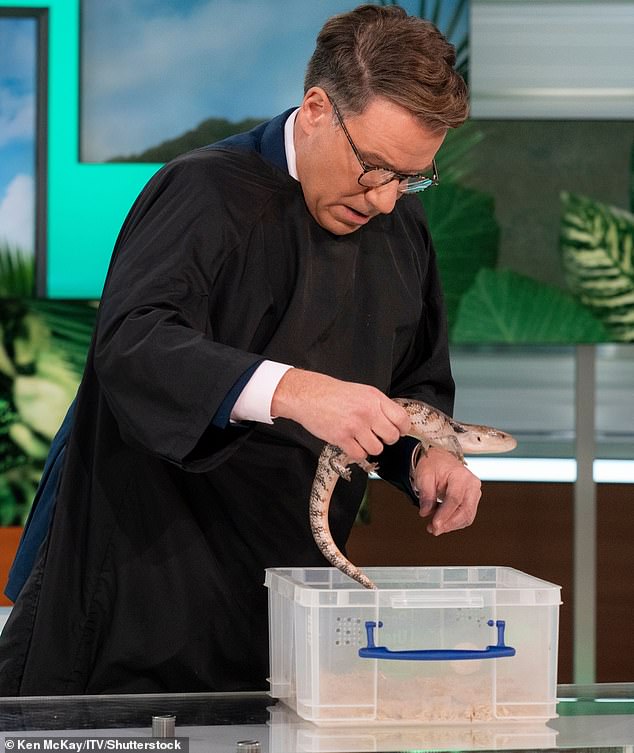 Critters ahoy! At one point he had to pick up a lizard as his co-stars watched on 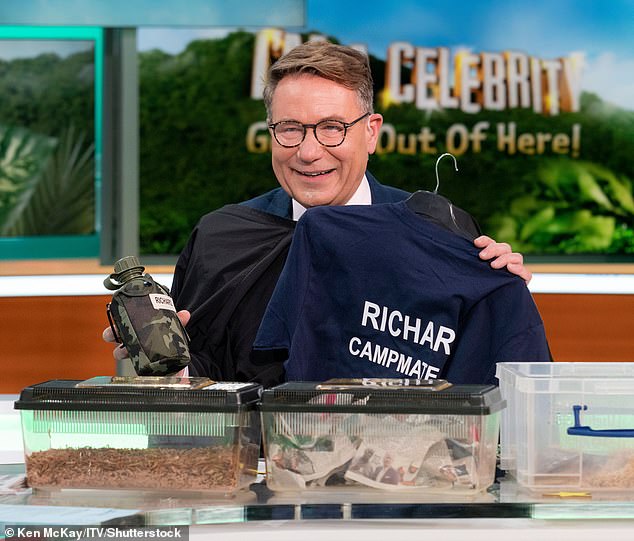 What a good sport! He seemed to be getting into the spirit of things on the show