Rob Riggle has jumped into the dating world once again and is in a relationship with professional golfer, Kasia Kay.

According to TMZ, the actor, 52, and athlete, 35, first met on the game show, Holey Moley, which follows contestants playing miniature golf on a supersized course.

The 21 Jump Street was previously married to Tiffany Riggle. The two had tied the knot in 1999, but separated after his wife filed for divorce in 2020. 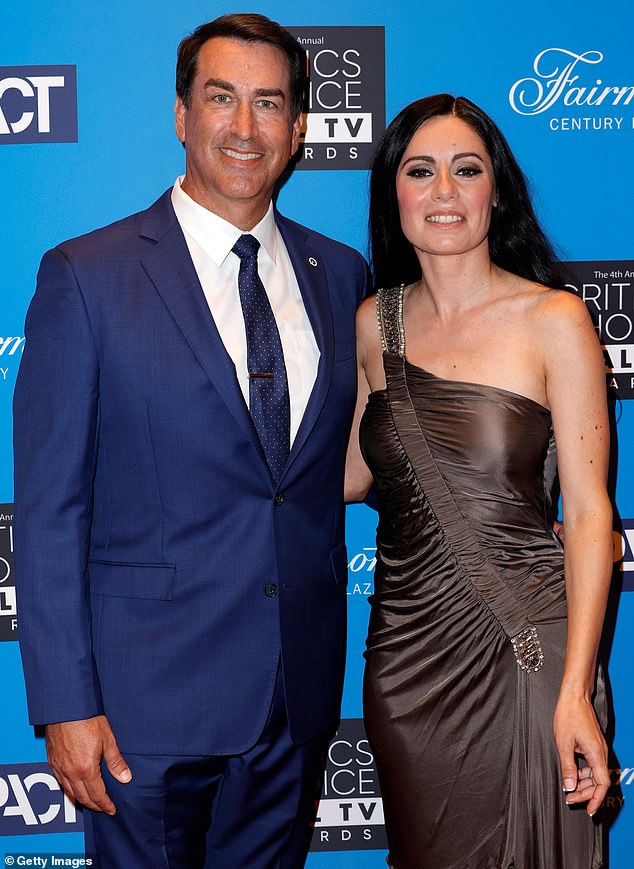 The couple have been pictured often together since their first interaction on the ABC’s game show.

However, Kasia has recently been posting the two together on her Instagram with heartfelt captions, which immediately sparked dating rumors.

The Polish-born golfer shared an adorable snap of the two standing side-by-side over the weekend, with big smiles on their faces.

The Step Brothers actor had his arm wrapped around Kasia’s shoulder with Lake Tahoe sprawled out behind them. 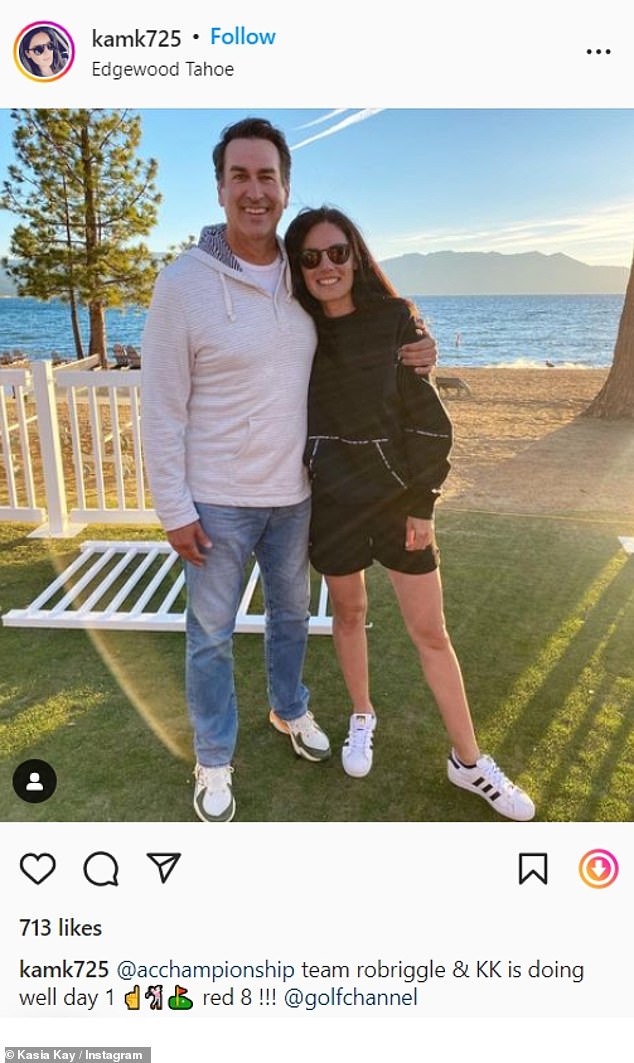 Happy couple: The athlete uploaded a cute picture on Instagram of herself and her beau over the weekend

Kasia typed out a caption, calling the two of them a team, ‘@acchampionship team robriggle & KK is doing well day 1.’

She shared another past photo of them posing together on the red carpet, and she typed out, ‘So proud of you @robriggle.’ The celebrity athlete added a red heart emoji at the end.

Rob met the golfer when she starred as a contestant on the second season of Holey Moley.

At the time, the actor had recently split from his ex-wife of 11 years, Tiffany. They share two children, daughter Abagail, now 18, and son George, 14. 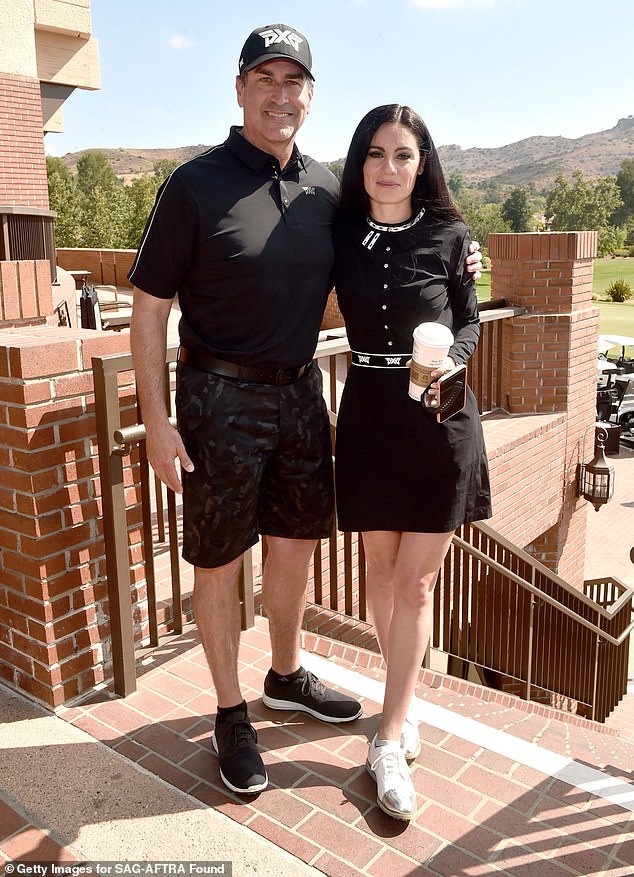 Adorable: The couple appear to be very happy and enjoy spending time with each other, especially on the golf course 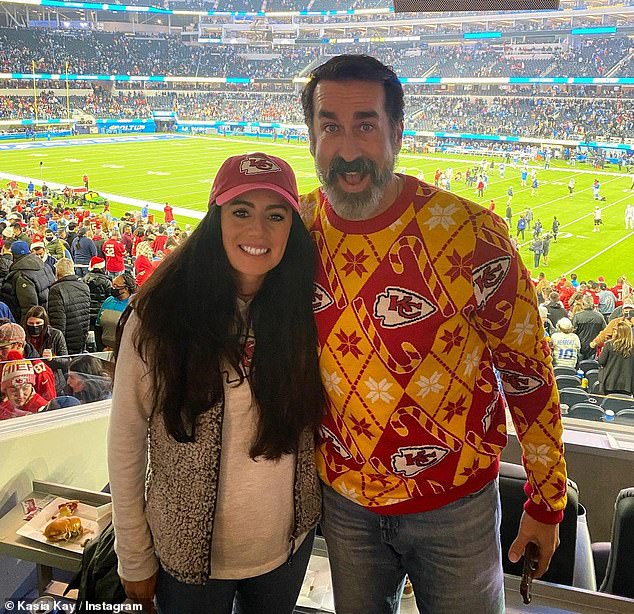 Big smiles: Kasia was born in Poland and then moved to the United States, where she began taking the sport of golf seriously

According to TMZ, Rob has accused his ex-wife of not only setting up cameras in his home and spying on his private life, but also stealing $28k in cash.

On top of their difficult divorce battle, The Daily Show comedian has also sued his ex-wife over the accusations.

A source informed the publication that there was no overlap with the Rob and Kasia’s first meeting and the date Rob’s ex-wife filed for divorce. 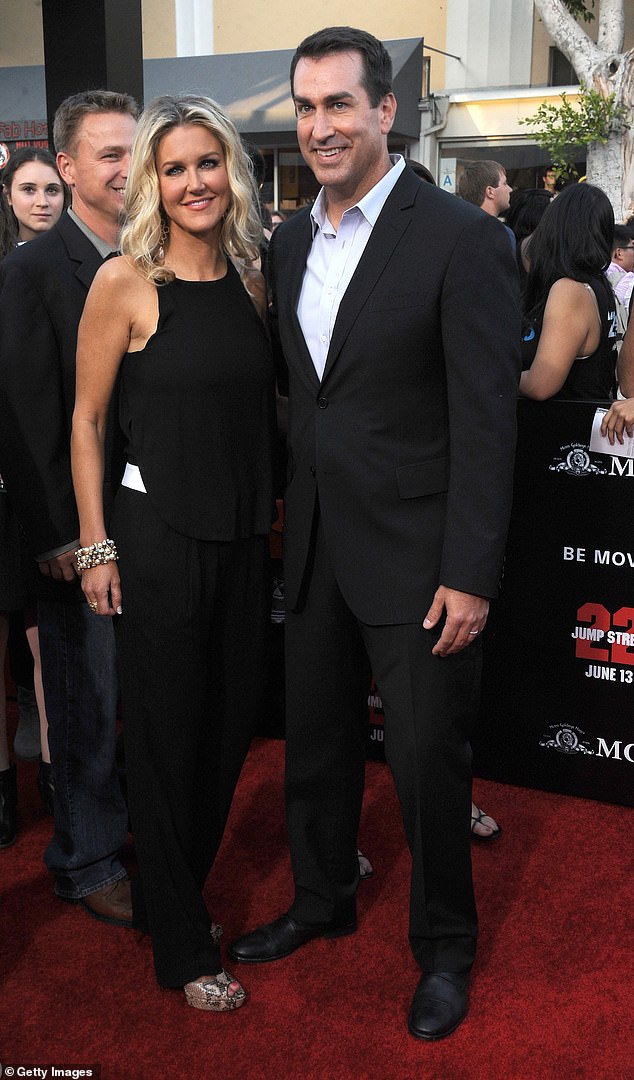 Hard divorce: Rob sued his ex-wife, Tiffany, after accusing her of spying on him and also stealing thousands of dollars in cash; seen in 2014 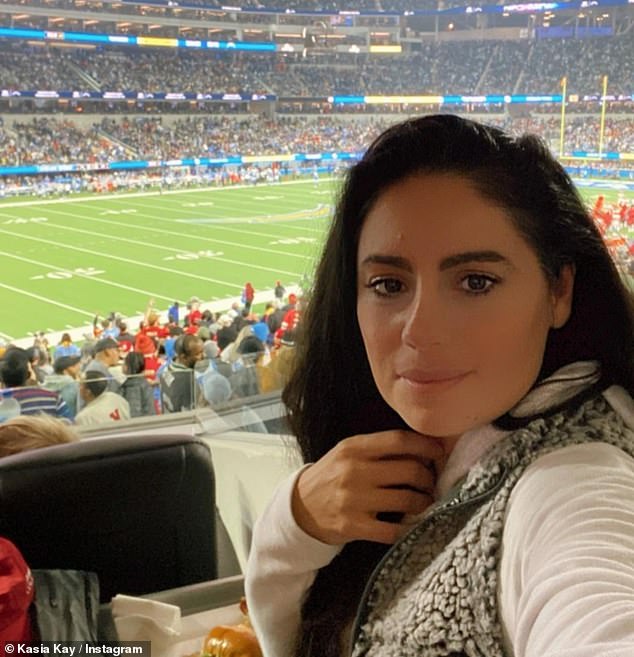 New experience: The Polish-born golfer shared a cute snap of herself taking a selfie at her first live football game in the United States

Kasia is a big sports lover, and before discovering her love of golf, her passion was horseback riding.

On her official website, the athlete explained that she had an accident when she was younger from horseback riding, breaking her spine and confining her to a wheelchair.

‘I spent six months in a wheelchair determined to get back my normal active life. When I finally started walking, and was able to do sports again, I was introduced to golf,’ she explained.

Since the couple are now Instagram public, the former United States Marine officer and the golfer will undoubtedly be seen together more often. 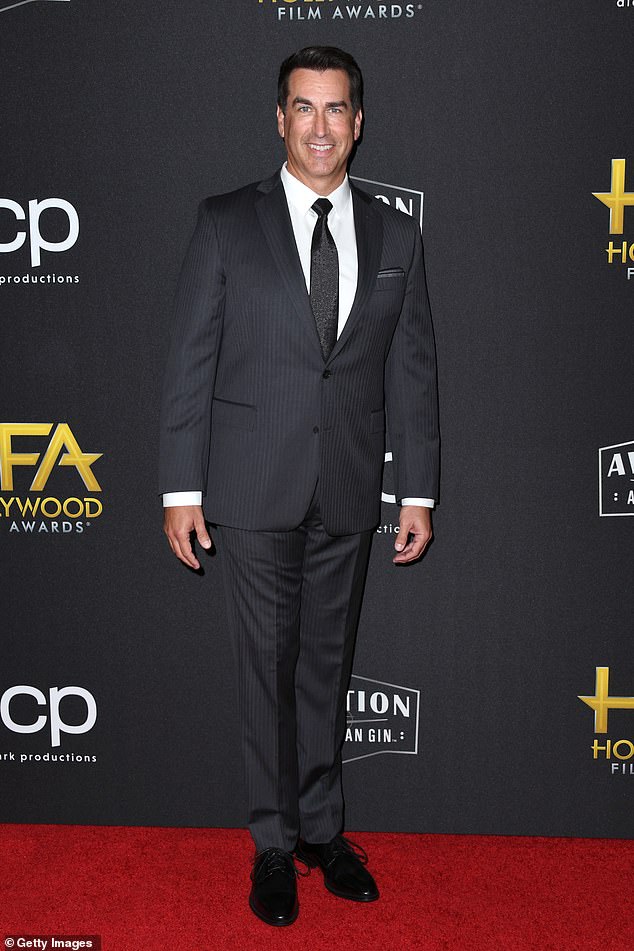 Divorce and family: The Lorax actor has two children he shares with his ex-wife, Abagail and George; seen in 2019