The Irwin family have been famous for their wholesome image ever since the late Steve Irwin hit the scene in the ’90s.

And according to Steve’s son Robert, 18, nothing about his clean-cut persona is fake or the result of branding.

‘For us as a family, it hasn’t really felt like an image or a brand or something to create or maintain,’ he explained to Pedestrian TV. 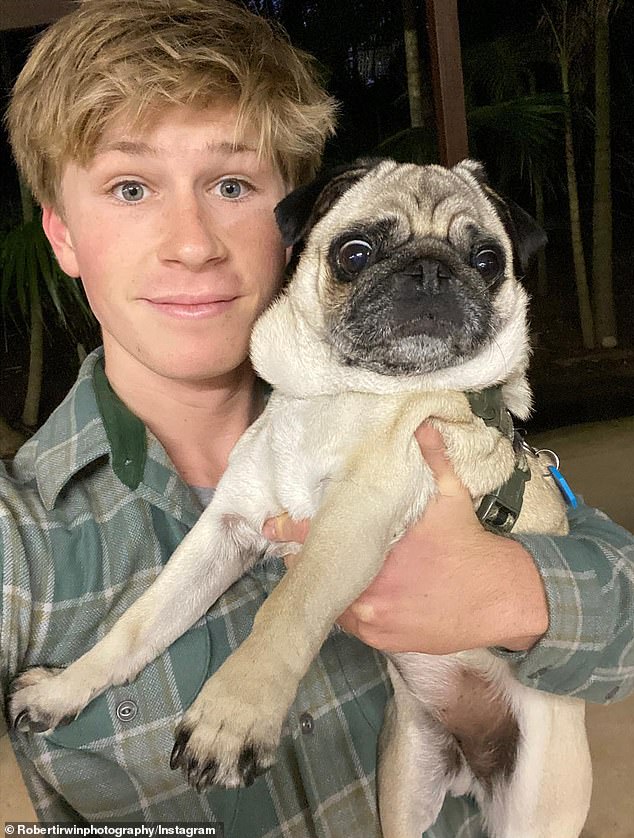 ‘It’s not really like that, we’re sort of just doing what we do and we feel really honoured to be in a position where people can listen to this message we have and we can hopefully inspire people,’ he added.

Robert’s big sister Bindi and her husband Chandler Powell recently got candid with their fans during a YouTube Q&A session.

The wildlife conservationists responded to a series of questions, including how they would react should daughter Grace Warrior, now one, choose to pursue a different career.

Bindi, 23, and Chandler, 25, said their main priority is that their daughter is happy. 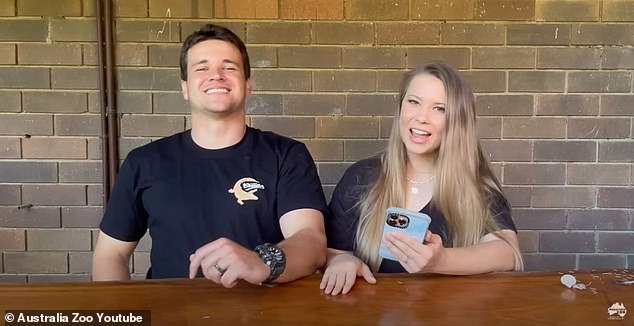 Real: Bindi Irwin and Chandler Powell (both pictured) revealed during a YouTube Q&A how they would react should daughter Grace Warrior, now one, pursue a career outside of wildlife conservation

‘Oh my gosh, are you kidding? We would love that. It would be awesome. It would be so awesome. Whatever Grace decides to do in life, if it makes her happy… hell yes. We’re gonna be so happy,’ Bindi responded.

Chandler added: ‘It’s true. And the great thing about her growing up here at Australia Zoo is that she can pursue whatever she wants. 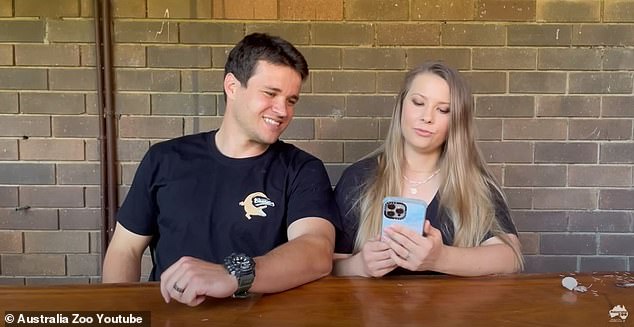 Propose: Also during the Q&A, Chandler was asked how he knew it was ‘the right time’ to propose. The American wakeboarder got down on bended knee at Australia Zoo on Bindi’s 21st birthday in 2019

Also during the Q&A, Chandler was asked how he knew it was ‘the right time’ to propose.

The American wakeboarder got down on bended knee at Australia Zoo on Bindi’s 21st birthday in 2019.

Chandler responded: ‘I mean, I don’t want to be one of those guys who say when, you know, you know.

‘But I feel like we had reached a good point where I had moved here. We had started our lives together, working together, doing what we love. And it seemed like proposing at that point in time was just the perfect time to do it.’ 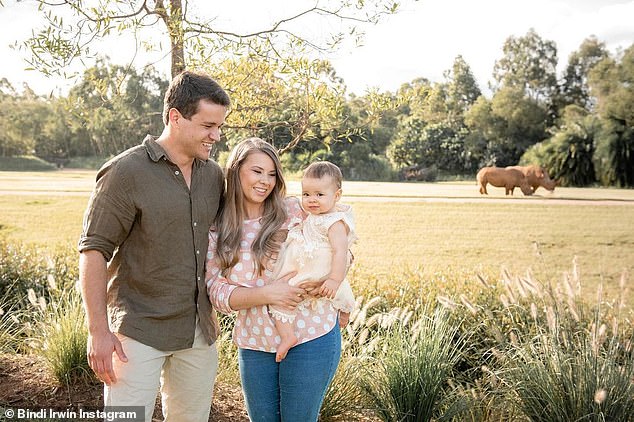 Proud parents: Bindi and Chandler said their main priority is that Grace is happy (all pictured)