Robert Irwin is continuing to follow in his late father Steve’s footsteps.

In a video shared to his Instagram account last week, the wildlife warrior, 18, is seen rescuing a snake that was in the middle of the road at night.

‘Have a look at this big fella,’ he says at the beginning of the video.

Robert proceeds to place his phone on the road to capture the moment, adding: ‘Let’s wrangle him!’

The Crikey! It’s the Irwins star squats beside the ‘decent-sized’ snake, picks it up off the road and holds it in his arms – all while treading barefoot.

He then explains how the reptile is in a ‘very bad position’. 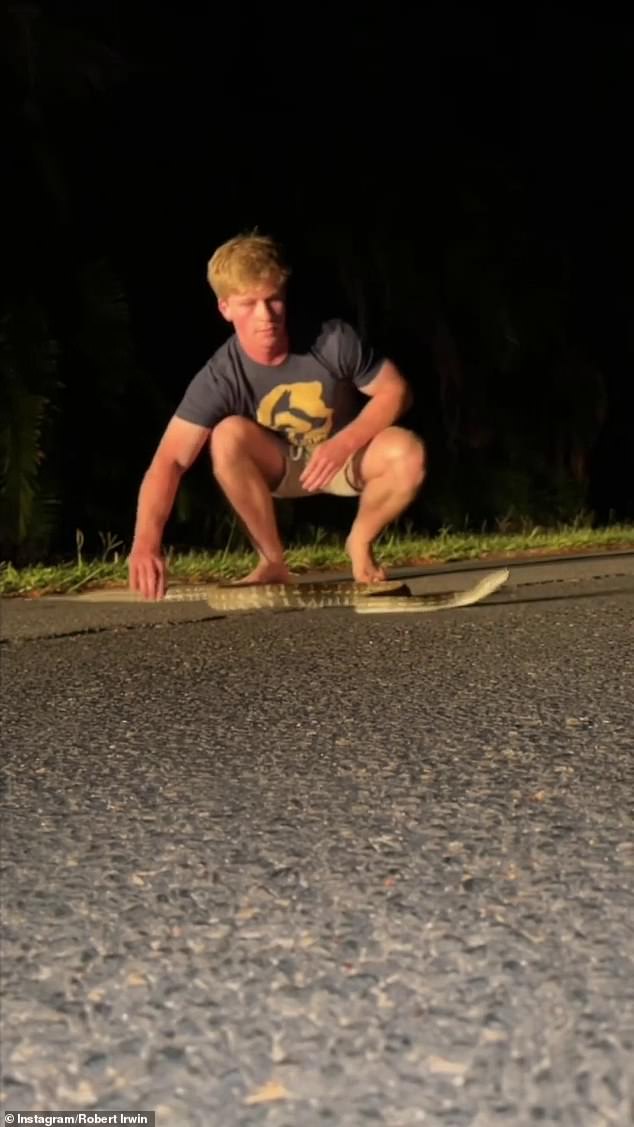 ‘He’s on a road, he’s at Australia Zoo – this is in the zoo,’ Robert adds pointing out the other wildlife animals in neighbouring enclosures.

‘He’s either gonna get eaten, or he’s gonna eat one of our animals!’

Robert goes on to explain – much like his father used to do in wildlife documentaries – what the snake does in order to capture prey, while giving fans a close-up look of the animal. 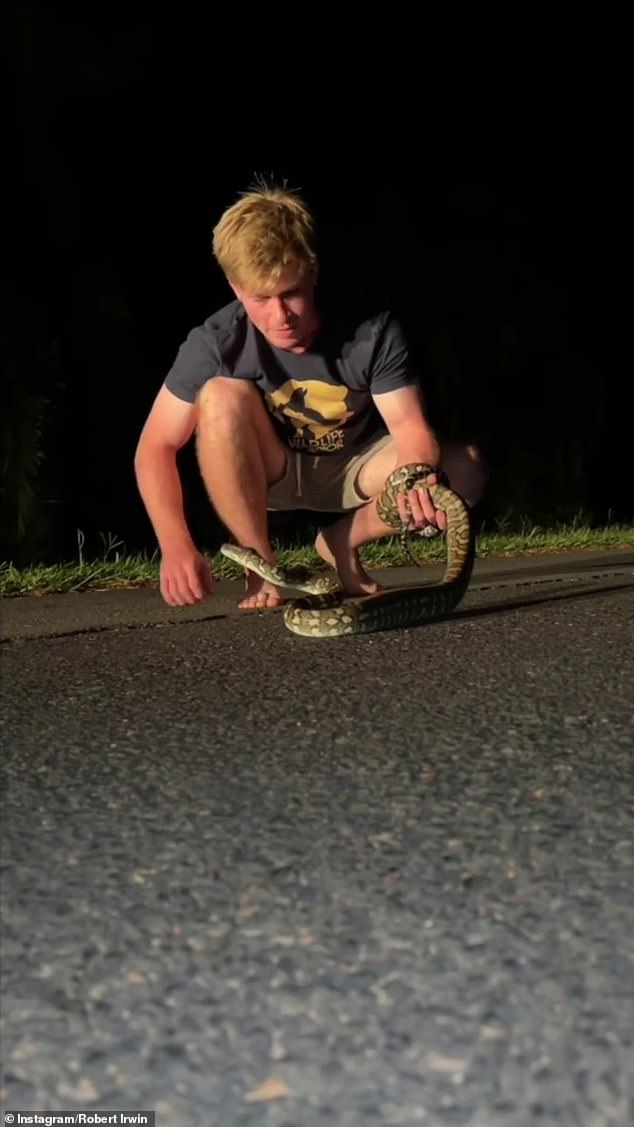 ‘Don’t you bite me on the face’: Robert said the reptile wasn’t in a good position surrounded by several other animals at the zoo

‘Don’t you bite me on the face,’ he says to the snake sternly.

Moments later, the young conservationist picks up the snake, hops in his car and begins to drive – steering with one hand while holding the snake in the other.

The following morning, Robert was joined by his mother Terri Irwin to share the moment the snake was released into a safer environment. 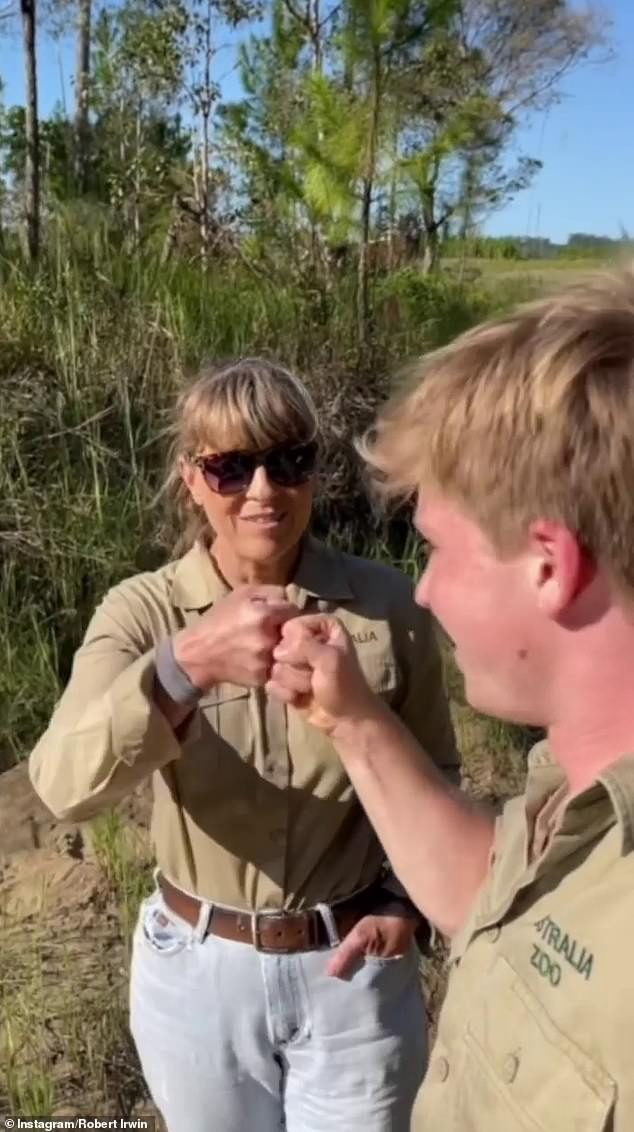 ‘That was cool’: Robert celebrated the rescue with his mum Terri Irwin (pictured)

‘Awesome! That was cool,’ he says to his mum while giving her a fist pump.

Fans were quick to point out just how much the teen sounded like his Crocodile Hunter dad in the comments.

‘Amazing! You sound just like your Dad,’ one person wrote. Another added: ‘You are so much like your father!’ 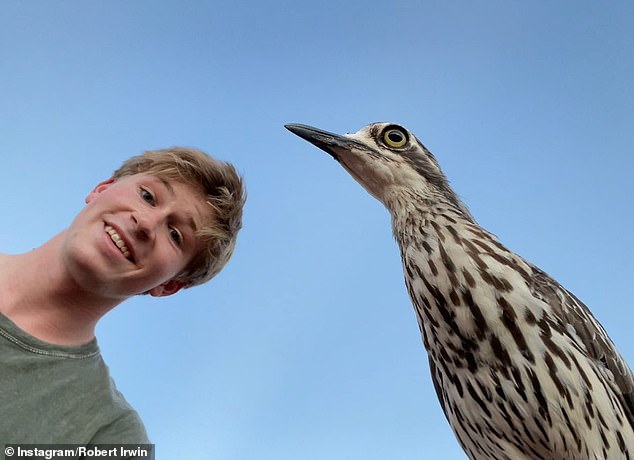 Anger issues: Robert has been attempting to train Emily the curlew on her ‘anger management’