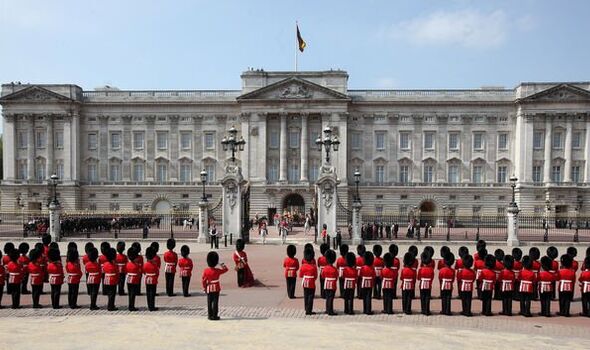 As well as making extensive cash donations and publicly supporting charity appeals, members of the Royal Family are understood to be providing accommodation for refugees from the East European nation.

They have joined politicians, business leaders, and thousands of others offering to house some of the six million Ukrainians who have fled their country in the face of the most serious conflict in Europe since the Second World War. Almost 54,000 have arrived in the UK in the past three months under Government schemes.

But the identity of the royals involved and those they are helping remains unclear. Members of the Royal Family are working behind the scenes on a number of projects and want to keep their contribution private.

Buckingham Palace, which in March said the Royal Household was looking at a number of ways to offer practical help and support to Ukrainians, has declined to elaborate.

A palace spokesman said: “We are assisting in a number of ways but will not be commenting further.”

The family’s contribution to the relief effort comes after a series of cash donations made by the Queen, Prince Charles and the Duchess of Cornwall, and the Duke and Duchess of Cambridge to the Ukraine Appeal launched by the Disasters Emergency Committee, a coalition of 15 UK charities, which has raised more than £300 million.

The Queen has made her support for Ukraine plain in other more subtle ways too, wearing Ukrainian yellow and blue and ordering flower arrangements in the nation’s colours at Windsor Castle. “These things don’t tend to happen by accident,” a senior royal source said.”

Less inhibited than the monarch, Charles, Camilla, William and Kate have all spoken out against Russian aggression and pledged support to Ukraine’s struggle during meetings with the Ukrainian diaspora in Britain. The Queen’s cousin Prince Michael of Kent returned his Russian honour, the Order of Friendship, to the Kremlin in protest at the invasion.

Earlier this week on a tour of Canada, Charles and Camilla met Ukrainian refugees in Ottawa, where Camilla told one family who had left the father behind to fight: “We are so behind you. We do worry about you so much.”

The Very Reverend Volodymyr Kouchnir, Dean of the St Sophie Ukrainian Orthodox Cathedral in Montreal, praised the Royal Family for their support and told Charles and Camilla: “We are sincerely grateful to the Royal Family, to Her Majesty, and to you for personally for your help and support for Ukraine, which today is fighting for democratic values.”

In March on a visit to the Ukrainian Cultural Centre in London, Prince William said: “For our generation, it’s very alien to see this in Europe. We’re all right behind you. We’re thinking about you. We feel so useless.”

He praised the people of Ukraine for their spirit, and told volunteers sending aid: “We have seen a lot of that Ukrainian spirit already. Keep together. Everyone is there for you. We feel for you, we really do.”

William and Kate have also offered to use their Royal Foundation to provide support for Ukrainians suffering mental health problems after witnessing the horrors of war. They said in a statement: “In October 2020 we had the privilege to meet President Zelensky and the First Lady to learn of their hope and optimism for Ukraine’s future. We stand with the President and all of Ukraine’s people as they bravely fight for that future.”

More than 150,000 Britons have offered shelter in their properties to Ukrainian refugees under the Government’s Homes for Ukraine scheme and in spite of some teething problems, the Government has hailed the success of that and also its Ukraine Family Scheme.

Minister for Refugees Lord Harrington said: “Almost 54,000 Ukrainians have now arrived safely in the UK through our Ukraine Schemes – we are doing all we can to support new arrivals into work and education so they can create a life here and I look forward to welcoming more families to the UK.

“Together our uncapped Ukraine Family Scheme and Homes for Ukraine route are one of the fastest and biggest visa schemes in UK history, with over 107,000 visas issued in just over two months showing the work we’ve done to speed up the process is working and improving daily.”

In their support for refugees and the war effort, the Queen and her family are echoing the Windsors’ approach during the Second World War. Royal biographer Robert Hardman has noted in his latest biography of the monarch, Queen of Our Times, that young evacuees from London’s East End were put up in houses on the royal estate at Windsor and some children were invited to tea and dancing lessons with the young Princesses Elizabeth and Margaret.

In addition, Buckingham Palace became a royal refugee camp. Queen Wilhelmina of the Netherlands fled the Nazis and was evacuated by ship to Harwich. “I met her at Liverpool Street Station and brought her here (Buckingham Palace),” King George VI wrote. “She was naturally very upset and had brought no clothes with her.”

The Queen in Ukraine yellow and blue (Image: Getty)

Hardman writes: “Days later, Queen Elizabeth (later the Queen Mother) found King Haakon of Norway and his son, Prince Olaf, ‘both snoring away’ on the floor of the palace air-raid shelter. ‘Tho’ we love having them,’ she told the King’s mother, Queen Mary, ‘it is rather a bore never to be alone.’”

The Queen has control over a large number of properties at Windsor and on her private estates at Sandringham and Balmoral. Sandringham alone has more than 300 residential and commercial properties, many of which are rented out.

In addition, the 96-year-old monarch receives an annual income of more than £20 million from the Duchy of Lancaster, a 45,000 acre portfolio of land and property in central London and northern England. But when the Daily Express contacted the Duchy, its spokeswoman said the Duchy did not have any vacant property and had been unable to assist Ukrainian refugees.

Prince Charles also receives more than £20 million a year from the Duchy of Cornwall, a 135,000 acre estate spread over 23 counties mostly in the south west of England. But he too has been struggling to find properties for refugees, according to sources close to him. “It’s not been ruled out but there’s nothing happening at the moment,” one said.

Britain’s Royal Family has been unusually outspoken about the Russian invasion of Ukraine and vocal in its support for the people of the country.

Even the Queen, always an understated voice for diplomacy, has shown her support in her choice of flowers at Windsor Castle, notably when she received Canadian Prime Minister Justin Trudeau there last month. The Ukrainian flag was also flying last week in the main car park at the Royal Windsor Horse Show, held in the grounds of Windsor Castle.

There have been engagements to show the Royal Family’s support for the UK’s Ukrainian community and for the Disasters Emergency Committee appeal to provide humanitarian relief to the war-torn country.

But the question that all of the main households have been unwilling to answer publicly is whether members of the Royal Family were intending to join the thousands of Britons who have offered up accommodation to some of the 54,000 Ukrainians who have arrived in the UK since the Russian invasion almost three months ago.

It is our understanding that some members of the Royal Family are now doing that, although they want to keep it quiet. Clearly, there are security considerations on parts of the royal estates, particularly the Occupied Royal Palaces where they have their official residences that make it difficult.

But the Queen and Prince Charles in particular also own vast numbers of properties through their various private and hereditary estates.

Senior members of the family have multiple homes. When Prince Charles accedes to the throne, for example, it will be difficult for him to know what to do with all the properties at his disposal, including his Highgrove country home in Gloucestershire, on which he has a lease from the Duchy of Cornwall for the rest of his life.

Will he still need that as a country retreat as well as all the other properties that belong to the monarch, including Windsor Castle, which before the pandemic was used by the Queen as a residence for part of the week?

The Royal Family has a proud history of providing homes to evacuees and foreign royal refugees during the Second World War. Many may think it appropriate that the Firm also does its bit now to help Ukrainian refugees.