Rumer Willis posted a sweet throwback picture to honor her famous father Bruce Willis in wake of his devastating aphasia diagnosis and retirement from acting.

The snapshot showed the 67-year-old Hollywood heavyweight cradling one of his daughters in his arms while Rumer, now 33, flashed a ‘silly’ face for the camera.

‘I love you Daddio, to the (Moon) and Back. Thank you for teaching me to be so silly. I love laughing with you,’ captioned the actress. 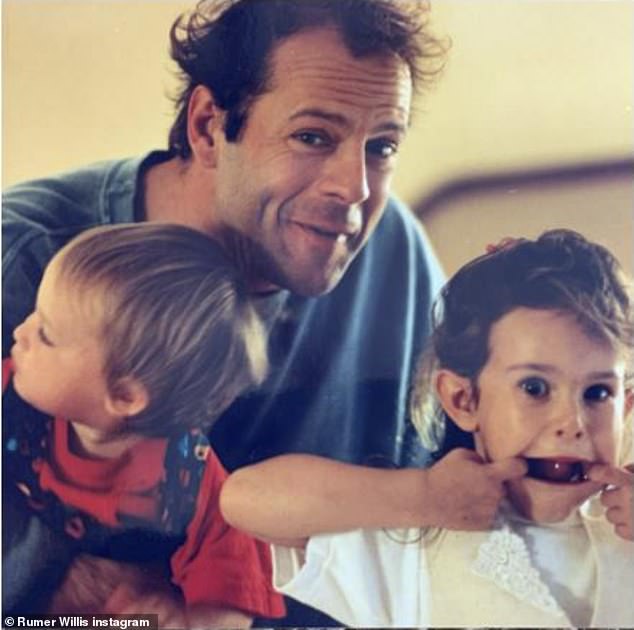 Good times: Rumer Willis posted a sweet throwback picture to honor her ailing father Bruce Willis. The actress shared a photo of herself, her dad and one of her sisters on Instagram Friday with the post ‘I love you Daddio, to the (Moon) and Back. Thank you for teaching me to be so silly. I love laughing with you’

Rumer announced, with her family on Wednesday, March 30, that Bruce was suffering from a condition called aphasia, and the Die Hard actor would be stepping back from his career.

The Mayo Clinic reports aphasia is a condition that affects your the ability to communicate, affecting speech as well as the way a person writes and understands both spoken and written language.

No cause for the condition has been revealed, but the clinic says Aphasia is typically the result of a stroke or head injury. Once the cause is determined, treatment includes speech and language therapy. 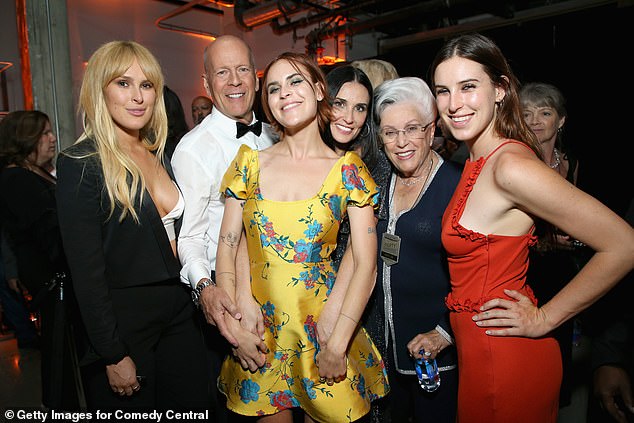 Fallout: The family have been flooded with support after announcing the 67-year-old Die Hard star had been diagnosed with a degenerative brain condition called aphasia, which affects a person’s ability to communicate; (L-R) Rumer Willis, Bruce Willis, Tallulah Belle Willis, Demi Moore, Marlene Willis and Scout LaRue Willis pictured in 2018

It was reported that The Sixth Sense actor’s friends and family believe a head injury he suffered on the set of the 2002 action movie Tears Of the Sun may have contributed to his condition.

Willis sued the production company, Revolution Studios, in 2004, claiming he had suffered ‘substantial mental and physical injuries’ after he had been hit by a ‘squib’ – a special effects explosive meant to look like the impact of gunfire, during the October 2002 production.

The lawsuit was settled in 2005, but details of the agreement were not released. 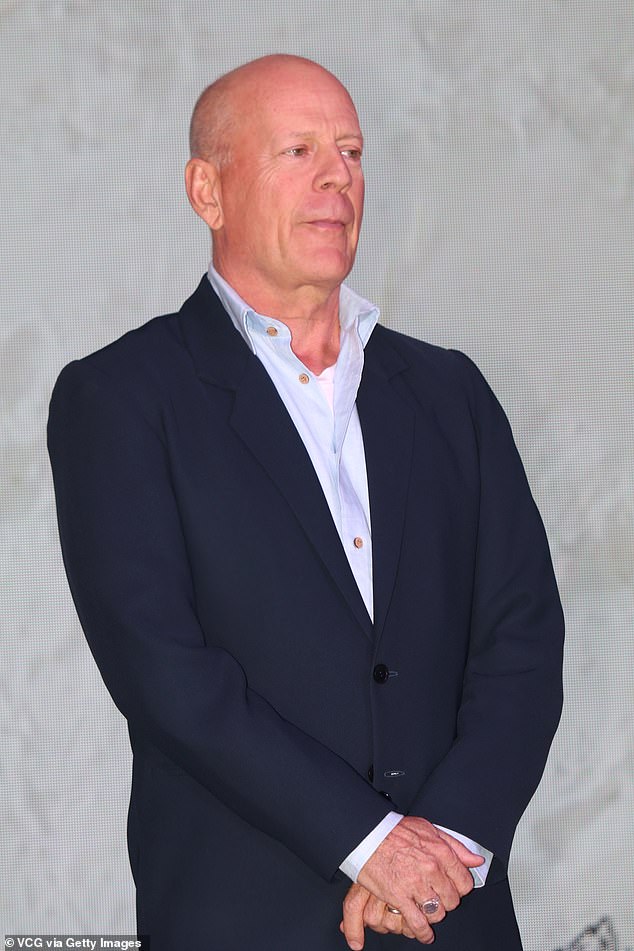 Sending love:  Friends and family have been responding with thoughts and prayers since the announcement explaining why The Sixth Sense actor would be stepping away from his career

Sources claim the actor has worked to camouflage his condition as best as he can relying on assistants and technology to work on movie sets.

He was pictured wearing what seemed to be an earpiece to feed him lines on the set of American Siege in 2020.

The father of five is being cared for at home by his wife, Emma Heming as well as several medical professionals. 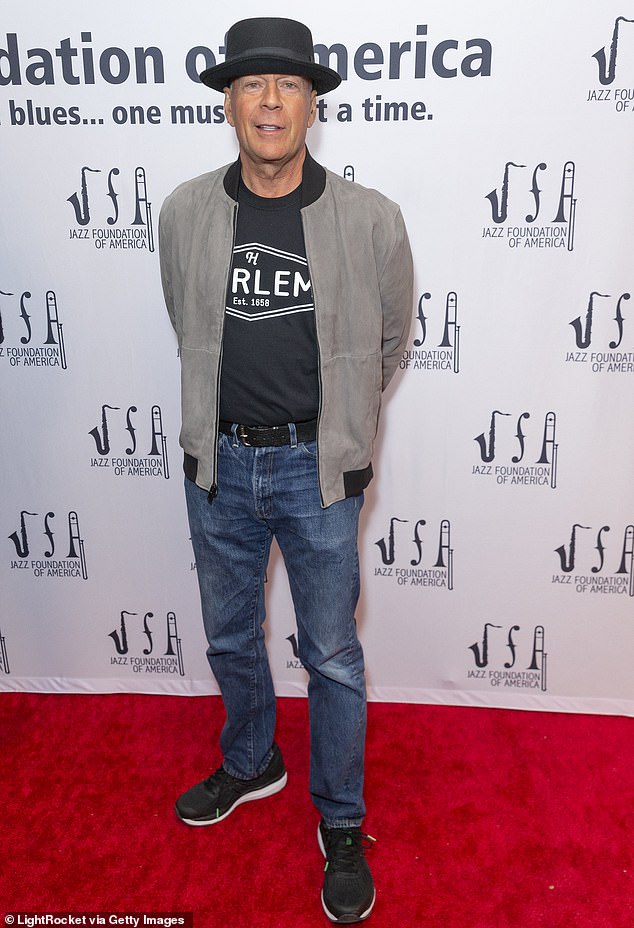 Best of care: The father of five is being cared for at home by his wife, Emma Heming as well as several medical professionals