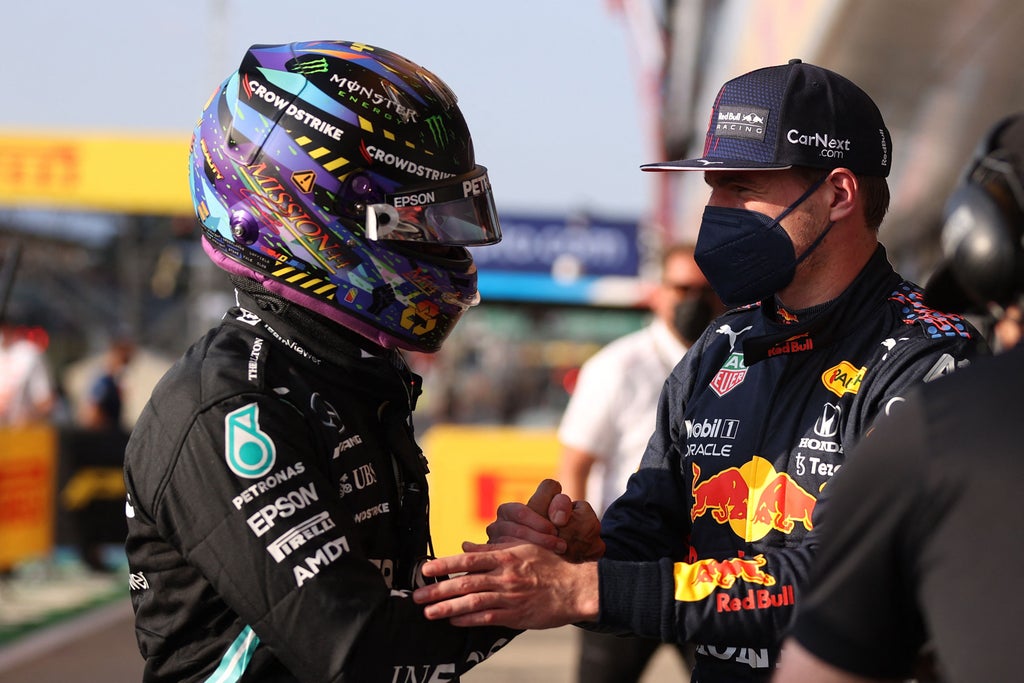 Lewis Hamilton and Max Verstappen will go head to head for the first time since their sensational crash at Monza as the Formula 1 world title race heats up at the Russian Grand Prix this afternoon.

Although Verstappen will start at the back of the grid after changing his engine, all eyes will be on the championship contenders following their dramatic collision at the Italian Grand Prix two weeks ago, which saw both men crash out of the race and Verstappen handed a three-place grid penalty.

Verstappen leads Hamilton by five points ahead of this afternoon’s race but Sochi has been a Mercedes stronghold in recent years. The team have won all seven races staged in Sochi since 2014, with Valtteri Bottas winning last time out – the last time the Finn stood on top of the podium.

Hamilton, who has won the Russian Grand Prix four times, will likely benefit from team orders should Bottas find himself in a similar position today, with Mercedes hopeful of hitting back in the title race this weekend.

Here’s everything you need to know.

The Russian Grand Prix will begin shortly after 1:00pm BST on Sunday 25 September.

How can I watch?

The race will be shown live on the Sky Sports F1 channel, with coverage starting at 11:30am. If you’re not a Sky customer you can grab a NOWTV Day Pass here to watch without a subscription.

We may earn commission from some of the links in this article, but we never allow this to influence our content.

What has Hamilton said?

“I know the pressure that comes with [trying to win your first title] and the experiences that go with it. Your eagerness… you go through lots of different experiences and emotions during that time.

“[Verstappen] won’t admit to it and I’m not going to make an assumption, I’m just saying that I remember what it was like when I had my first one and [the pressure] definitely mounted up.

“It was difficult, it was intense, I was going through a lot of different emotions, I didn’t always handle it the best. That’s to be expected, you know, it’s a lot of pressure when you are working in a big team, there’s a lot of self expectation and the desire to win is huge.”

What has Verstappen said?

“I think if someone really knows me, I’m very relaxed about all those things and I really can’t be bothered, you know I’m very chilled. It’s the best feeling ever to have a car, a great car where you go into every weekend and you can fight for a win.

“It doesn’t matter if you’re just leading a championship or not, those comments… I mean it just shows you that he doesn’t really know me, which is fine, I don’t need to know him, how he is fully.

“I just focus on myself and I really enjoy it out there at the front and of course hopefully we can do it for a really long time.”

Rust: Woman dead and another injured after prop gun misfires on set of Alec Baldwin movie