Putin’s lack of an ‘endgame’ is his ‘weakness’ says Seddon

Moscow is blocking Facebook as well as other websites on top of a crack down on independent journalism which has seen the BBC, Bloomberg and other foreign media suspend reporting in Russia. Payments company PayPal Holdings Inc shut down its services in Russia on Saturday, citing “current circumstances”.

Paypal President and Chief Executive Dan Schulman said in a statement: “Under the current circumstances, we are suspending PayPal services in Russia.”

He added that the company stands with the international community in condemning Russia’s “violent military aggression in Ukraine”. 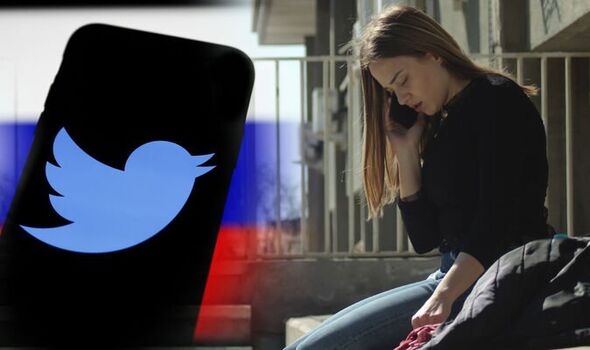 ‘Russian millennials must be freaking out, losing Twitter, Facebook, and PayPal’ in less than a day (Image: Getty)

Protesters seen gathered in front of Parliament of Tbilisi during a rally in support of Ukrainians (Image: Getty)

Russia’s parliament passed a law on Friday imposing a prison term of up to 15 years for spreading intentionally “fake” news about the military.

Vyacheslav Volodin, chairman of the Duma, said: “This law will force punishment – and very tough punishment – on those who lied and made statements which discredited our armed forces.”

Russia is blocking Meta Platforms Inc’s Facebook in response to what it said were restrictions of access to Russian media on the platform.

Roskomnadzor claimed there had been 26 cases of discrimination against Russian media by Facebook since October 2020, including restrictions on state-backed channels like RT and the RIA news agency.

Supporters of the Fridays for Future movement demonstrate against the war in Ukraine in Berlin (Image: Getty)

A damaged civil settlement after a recent shelling in Donetsk (Image: Getty)

Nick Clegg, Meta’s head of global affairs, said the company would continue to do everything it could to restore services.

In a statement posted on Twitter, he said: “Soon millions of ordinary Russian will find themselves cut off from reliable information, deprived of their everyday ways of connecting with family and friends and silenced from speaking out.”

Meta said it was working to keep its services available “to the greatest extent possible” but had stopped showing ads to users in Russia and barred Russian advertisers from running ads anywhere in the world “due to the difficulties of operating in Russia at this time”.

Meta had more than seven million users on Facebook in Russia as of last year with 122.2 million users across other services including Instagram, WhatsApp and Messenger, according to Insider Intelligence estimates.

How the Russian and Ukrainian forces compare (Image: Express)

Socialite Ksenia Sobchak, whose parents are the former mayor of Saint Petersburg and a Russian senator, has used Instagram to speak out against the conflict, posting a picture on Wednesday calling for a cease-fire.

However, in a post on Friday, she told her nine million followers there would be a temporary halt to YouTube reports about the situation in Ukraine.

People cross a destroyed bridge as they evacuate the city of Irpin, northwest of Kyiv (Image: Getty)

In translated comments, she said the work had become “several times more unpredictable and dangerous” due to the new law on disseminating false information about the actions of the Russian military.

Russian tennis player, Andrey Rublev, 24, has also spoken out, writing “No war please” on a TV camera after winning a match in Dubai.

Russian police detained more than 2,000 people at anti-war protests held in 48 cities across the country on February 27 as people defied the authorities to show their anger over Russia’s invasion of Ukraine.

More than 5,500 people have been detained at various actions since the invasion began on February 24, according to the OVD-Info monitor.

Tens of thousands of people across Europe have also marched in protest against the invasion which has claimed hundreds of lives and sent more than a million Ukrainians fleeing into Europe for their lives.

However, Roskomnadzor on Thursday said media outlets must check the veracity of their reports and only publish information from official Russian sources.

It warned last month that the distribution of false information online would lead to immediate restrictions.

In a statement, the regulator said: “We emphasise that it is namely Russian official information sources that hold and disseminate reliable and up-to-date information.”